How to Read the Bible for Yourself. 1. 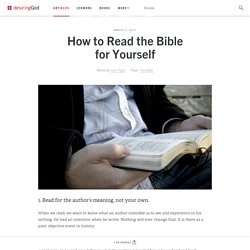 Read for the author’s meaning, not your own. When we read, we want to know what an author intended us to see and experience in his writing. Chrislam One World Religion Emerging. Christians and demons: Can a believer have a demon or evil spirit? Deliverance from demonic bondage in the lives of believers. Home > Can a Christian have a demon? 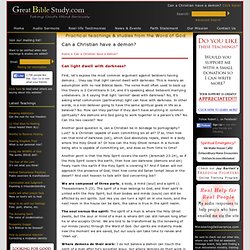 Can light dwell with darkness? First, let's expose the most common argument against believers having demons... they say that light cannot dwell with darkness. This is merely an assumption with no real Biblical basis. The verse most often used to back up this theory is 2 Corinthians 6:14, and it's speaking about believers marrying unbelievers. Is it saying that light 'cannot' dwell with darkness? Another good question is, can a Christian be in bondage to pornography? Another point is that the Holy Spirit covers the earth (Jeremiah 23:24), so if the Holy Spirit covers the earth, then how can darkness (demons and sin) freely roam this earth if the Holy Spirit is covering it? 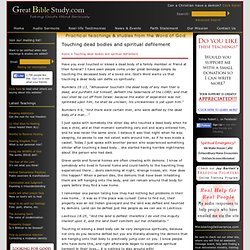 Overcoming Guilt, Shame and Condemnation. Without question, a sinner’s identity is a before-Christ or before-conversion identity. 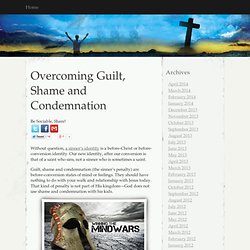 Our new identity, after our conversion is that of a saint who sins, not a sinner who is sometimes a saint. Guilt, shame and condemnation (the sinner’s penalty) are before-conversion states of mind or feelings. They should have nothing to do with your walk and relationship with Jesus today. That kind of penalty is not part of His kingdom—God does not use shame and condemnation with his kids. Before we go to far, let’s have some common understanding. The reason so many believers retain these strongholds is because they allow them to keep them in bondage. Can you see how God doesn’t operate this way? John 3:17–18 gives us His perspective. Would be saved! Friends, salvation isn’t just to save us from Hell. 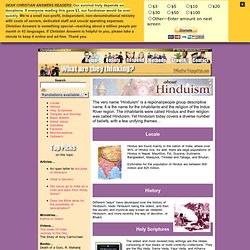 It is the name for the inhabitants and the religion of the Indus River region. The inhabitants were called Hindus and their religion was called Hinduism. Yet Hinduism today covers a diverse number of beliefs, with a few unifying themes… 12 Most Inspiring Leadership Lessons from Bible Characters. The Bible has been around for thousands of years. 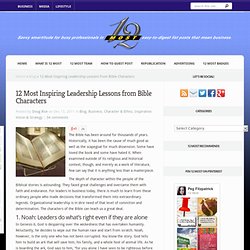 Historically, it has been the cause of much good as well as the scapegoat for much dissension. Some have loved the book and some have hated it. When examined outside of its religious and historical context, though, and merely as a work of literature, few can say that it is anything less than a masterpiece. The depth of character within the people of the Biblical stories is astounding. They faced great challenges and overcame them with faith and endurance. 1. In Genesis 6, God is despairing over the wickedness that has overtaken humanity. 2.

God approaches Abraham in Genesis 12 and tells him to “Go forth from your country, and from your relatives and from your father’s house, to the land which I will show you.” God, Einstein And Games Of Chance : 13.7: Cosmos And Culture. iStockphoto.com "God doesn't play dice. 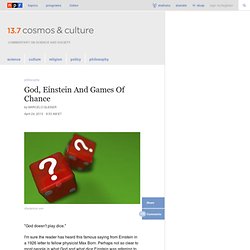 " I'm sure the reader has heard this famous saying from Einstein in a 1926 letter to fellow physicist Max Born. Barnabas: An Encouraging Early Church Leader. This is the first of two posts written by Dr. 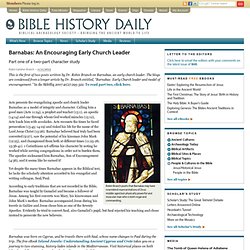 Robin Branch on Barnabas, an early church leader. The blogs are condensed from a longer article by Dr. Branch entitled, “Barnabas: Early Church leader and model of encouragement.” For a new generation of non-conformists. The ‘Gospel’ According to Rome. In Romans 11:6 , Paul says of salvation, “But if it is by grace, it is no longer on the basis of works, otherwise grace is no longer grace.” 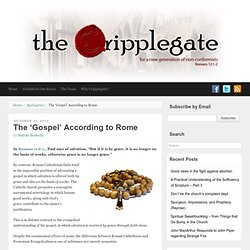 By contrast, Roman Catholicism finds itself in the impossible position of advocating a gospel in which salvation is offered both by grace and also on the basis of works. The Catholic church promotes a synergistic sacramental soteriology in which human good works, along with God’s grace, contribute to the sinner’s justification. This is in distinct contrast to the evangelical understanding of the gospel, in which salvation is received by grace through faith alone.

Despite the eccumenical efforts of some, the difference between Roman Catholicism and Protestant Evangelicalism is one of substance not merely semantics. Today’s post is intended as a summary of Roman Catholic teaching with regard to the essence of the gospel (in order to demonstrate how it strays from the biblical message of salvation). I. II. . , Gal. 6:6–10 ) . , Matt. 25:34–40. Bible FAQ - Frequently Asked Questions about the Bible. 11 Archives Index Page. Bible Studies, Guide, Topics Online.