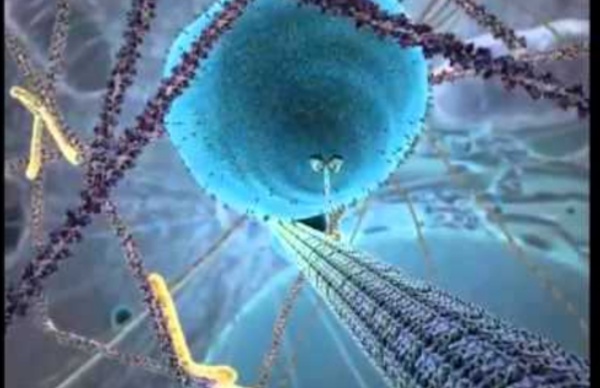 Networks of Genome Data Will Transform Medicine Breakthrough Technical standards that let DNA databases communicate. Why It Matters Your medical treatment could benefit from the experiences of millions of others. Key Players Global Alliance for Genomics and Health Google Personal Genome Project We're More than Stardust — We're Made of the Big Bang Itself Transcript Anna Frebel: The work of stellar archaeology really goes to the heart of the "we are stardust" and "we are children of the stars" statement. You’ve probably heard it all but what does it actually mean? We are mostly made all humans and all life forms that we know of are made mostly of carbon and a bunch of other elements but in much lesser quantities. Where does this carbon come from?

Monkey teeth hint at a miraculous marine migration to North America Scientists have long thought that monkeys first ventured from South America into North America no earlier than about 4 million years ago, when the two continents merged. But seven teeth unearthed in Panama may change that story. These monkey teeth were discovered encased in 21-million-year-old rocks. This suggests that the primates accomplished the impossible: they crossed the more than 100 miles of ocean that separated South America from North America at the time.

Global Warming’s Terrifying New Chemistry - BillMoyers.com A Cabot Oil and Gas drill at a hydraulic fracturing site in 2012 in Springville, Pennsylvania. (Photo by Spencer Platt/Getty Images) This post originally appeared at The Nation. Global warming is, in the end, not about the noisy political battles here on the planet’s surface.

Missing links brewed in primordial puddles? The crucibles that bore out early building blocks of life may have been, in many cases, modest puddles. Now, researchers working with that hypothesis have achieved a significant advancement toward understanding an evolutionary mystery -- how components of RNA and DNA formed from chemicals present on early Earth before life existed. In surprisingly simple laboratory reactions in water, under everyday conditions, they have produced what could be good candidates for missing links on the pathway to the code of life. And when those components joined up, the result even looked like RNA. As the researchers' work progresses, it could reveal that much of the original chemistry that led to life arose not in fiery cataclysms and in scarce quantities, but abundantly and gradually on quiet, rain-swept dirt flats or lakeshore rocks lapped by waves.

New state of water molecule discovered Scientists, including one of Indian-origin, have unveiled unique and unexpected behaviour of water molecules that is unmatched by any known gas, liquid or solid states. Researchers at the US Department of Energy's Oak Ridge National Laboratory (ORNL) described a new tunnelling state of water molecules confined in hexagonal ultra-small channels - 5 angstrom across - of the mineral beryl. An angstrom is 1/10-billionth of a metre, and individual atoms are typically about one angstrom in diameter. The discovery, made possible with experiments at ORNL's Spallation Neutron Source and the Rutherford Appleton Laboratory in the UK, demonstrates features of water under ultra confinement in rocks, soil and cell walls, which scientists predict will be of interest across many disciplines. "This means that the oxygen and hydrogen atoms of the water molecule are 'delocalised' and therefore simultaneously present in all six symmetrically equivalent positions in the channel at the same time.

Watch: River Explodes Into Flames From Methane Coming From Nearby Fracking Sites So much methane gas is now bubbling up through the Condamine River in Queensland, Australia that it exploded with fire and held a large flame. Gas seeping into the river began shortly after coal seam gas operations started nearby and is growing in volume and the stretch of river affected is expanding in length. Greens MP Jeremy Buckingham travelled to Chinchilla in South Western Queensland to investigate the impact of the coal seam gas industry on the environment as part of the Greens’ campaign to ban fracking and unconventional gas in Australia.

Physicists Find More Evidence That DNA’s Hidden Layer is Real Maybe you’ve wondered, as I have, how it could possibly be that all of the different types of cells in our bodies are made up of the same DNA chemical bases: adenine (A), guanine (G), cytosine (C), and thymine (T). These chemicals pair of into A/T and C/G base pairs which then form into sequences, or “genes.” So how could the finite number of possible sequences create such a wide range of things, from eyeballs to teeth, hair to heart muscle?