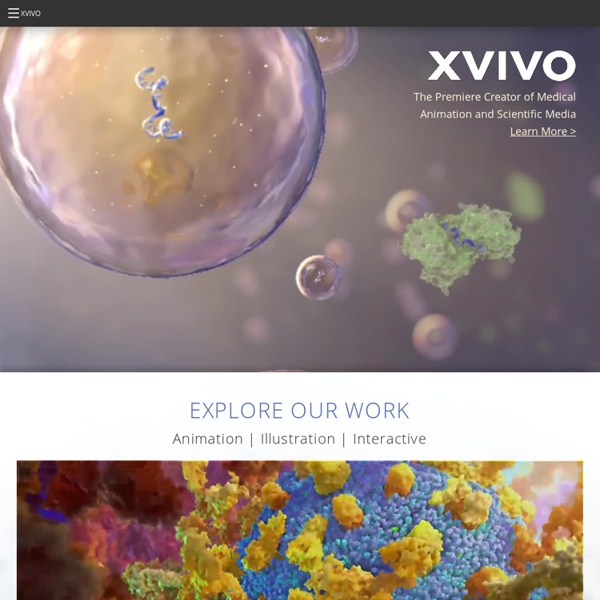 PDB Newsletter Biomedical animator Drew Berry ( Walter and Eliza Hall Institute of Medical Research ) is known for his fantastic and detailed depictions of complex biomolecular systems. His award-winning work, which can be viewed online, in television and film, and in museums throughout the world, now appears in new and unusual venues thanks to a collaboration with the musician Björk. Björk's latest project Biophilia manifests her love for music, technology, and nature in many ways: an album, iPad app, touring production (which includes a 24-woman Icelandic choir and a musical Tesla coil), and a music education initiative. Origin of life: Hypothesis traces first protocells back to emergence of cell membrane bioenergetics A coherent pathway -- which starts from no more than rocks, water and carbon dioxide and leads to the emergence of the strange bio-energetic properties of living cells -- has been traced for the first time in a major hypothesis paper in Cell this week. At the origin of life the first protocells must have needed a vast amount of energy to drive their metabolism and replication, as enzymes that catalyse very specific reactions were yet to evolve. Most energy flux must have simply dissipated without use. So where did it all that energy come from on the early Earth, and how did it get focused into driving the organic chemistry required for life? The answer lies in the chemistry of deep-sea hydrothermal vents.

Science Snacks: Proprioception Proprioception Wiggle where you're at Even with our eyes closed, we have a sense of body position - where our arms and legs are, for example, and that we are moving them. Muscles, tendons, joints and the inner ear contain proprioceptors, also known as stretch receptors, which relay positional information to our brains. Cell circuits remember their history: Engineers design new synthetic biology circuits that combine memory and logic MIT engineers have created genetic circuits in bacterial cells that not only perform logic functions, but also remember the results, which are encoded in the cell's DNA and passed on for dozens of generations. The circuits, described in the Feb. 10 online edition of Nature Biotechnology, could be used as long-term environmental sensors, efficient controls for biomanufacturing, or to program stem cells to differentiate into other cell types. "Almost all of the previous work in synthetic biology that we're aware of has either focused on logic components or on memory modules that just encode memory.

Human hearing beats sound’s uncertainty limit, makes MP3s sound worse Modern audio compression algorithms rely on observations about auditory perceptions. For instance, we know that a low-frequency tone can render a higher tone inaudible. This perception is used to save space by removing the tones we expect will be inaudible. But our expectations are complicated by the physics of waves and our models of how human audio perception works. This problem has been highlighted in a recent Physical Review Letter, in which researchers demonstrated the vast majority of humans can perceive certain aspects of sound far more accurately than allowed by a simple reading of the laws of physics.

FullDocumentary.com First to purchase will own this one of a kind asset 1,538 Customers shopping on HugeDomains right now! 73% of all domains registered on the Web are .coms. Biologists Home in on Tiger Stripes and Turing Patterns [Slide Show] From Simons Science News (find original story here). In 1952, Alan Turing, a British mathematician best known for his work on code-breaking and artificial intelligence, was convicted of engaging in homosexual acts and sentenced to chemical castration. Amid that personal drama, he still found the time to publish a visionary paper on the mathematics of regularly repeating patterns in nature, which could be applied to the stripes on tigers and zebra fish, the spots on leopards and the spacing in rows of alligator teeth, to name a few. Now, more than 60 years later, biologists are uncovering evidence of the patterning mechanisms that Turing proposed in his paper, prompting a resurgence of interest in them, with the potential to shed light on such developmental questions as how genes ultimately make a hand. “That structure is there,” said Jeremy Green, a developmental biologist at King’s College London. “We just need to put the chemistry onto the mathematics to get the biology.”

Deltoid: An 'error' is not the same thing as an error A UK High Court judge has rejected a lawsuit by political activist Stuart Dimmock to stop the distribution of Al Gore’s An Inconvenient Truth to British schools. Justice Burton agreed that “Al Gore’s presentation of the causes and likely effects of climate change in the film was broadly accurate.” There were nine points where Burton decided that AIT differed from the IPCC and that this should be addressed in the Guidance Notes for teachers to be sent out with the movie. Unfortunately a gaggle of useless journalists have misreported this decision as one that AIT contained nine scientific errors. Let me name some of the journalists who got it wrong:Sally Peck in the Daily Telegraph, Nico Hines in the Times, Mike Nizza in the New York Times, James McIntyre in the Independent, PA in Melbourne’s Herald Sun, David Adam in the Guardian, Daniel Cressey in Nature, the BBC, Mary Jordan in the Washington Post, Marcus Baram for ABC News, and (of course) Matthew Warren in the Australian.

Birds Hold Funerals for Their Dead Funerals by definition are ceremonies honoring a dead person, but researchers have just observed what appears to be the avian version of a funeral. NEWS: Modern Birds Are Really Baby Dinosaurs Teresa Iglesias and colleagues studied the western scrub jay and discovered that when one bird dies, the others do not just ignore the body.

The Origins of Bullying Late on a Saturday night in September, a 14-year old boy named Jamey Rodemeyer, who had been the target of bullying from fellow students at Williamsville North High School in Buffalo New York, took his life. Just hours before he killed himself, Jamey left the last of his numerous messages online talking about the pain he had been dealing with for a long time. Jamey’s suicide was a terrible, extreme reaction to being bullied, and tragically, his was not an unusual case. According to some reports there were as many as 10 teen suicides in the month of September this year, in the United States, that were linked to bullying.

Future - Science & Environment - Will we ever… photosynthesise like plants? The discovery that some animals have found ways to feed off the Sun’s energy has led to the intriguing idea that humans could one day create solar-powered nourishment. Humans have to grow, hunt, and gather food, but many living things aren’t so constrained. Plants, algae and many species of bacteria can make their own sustenance through the process of photosynthesis. They harness sunlight to drive the chemical reactions in their bodies that produce sugars. Could humans ever do something similar? Could our bodies ever be altered to feed off the Sun’s energy in the same way as a plant? 9 Insane Natural Phenomena People generally place the natural world in high esteem. Property values are high near parks. “Getting back to nature” is considered a good thing. Even our screensavers and desktop backgrounds show vistas of rolling hills, sunshine or the aurora borealis. But we usually gloss over the fact that while Mother Nature is normally a very sweet lady, she can sometimes go off the deep and blow your mind... or ruin your shit, as evidenced by this nonet of natural madness. While not as mysterious as some of the other entries you’ll see on this list, fire tornadoes are among the most badass examples of extreme weather... proof that Mother Nature remembers her younger days and still likes to get crazy from time to time.

Jawless fish purges 20 percent of its genome from most cells Not all of our cells have the same genome. A few cell types, mostly immune cells, undergo a programmed deletion of small sections of DNA, and so don't end up with the genome that started in the fertilized egg that ultimately produced them. But most cells in the body end up with the same genome, which is one of the reasons it's possible to convert many of them back to stem cells. That said, most specialized adult tissues don't need all the genes they inherit. In fact, activating the unneeded genes—turning on liver enzymes in a muscle cell, for example—would generally be harmful.