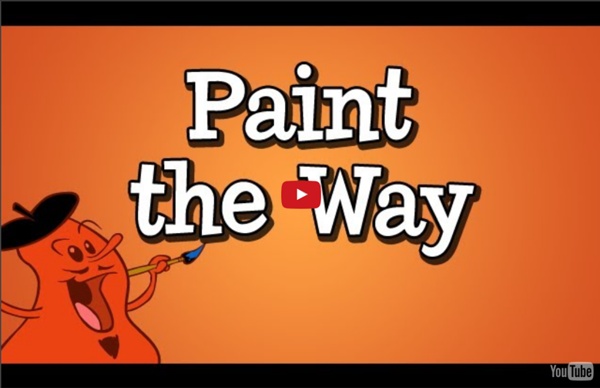 Comparative and superlative of adjectives An adjective is a word that modifies a noun. An adverb is a word that modifies a verb, an adjective or another adverb. Adjectives and adverbs describe other words (things). Both have two additional forms: A comparative form which compares two things, and a superlative form which compares three or more things. The following are examples of the rule mentioned earlier (using "big" as the adjective). Comparative: The first house is bigger than the second (comparison of two objects) Superlative: The first house is the biggest among the three (comparison of more than two objects) The tricky part is to learn how to form the comparatives and superlatives of the adjectives. Exceptions: Continue to: Comparative and Superlative of Adverbs >>

Picture Book Activities | Relief Teaching Ideas What a delightful, whimsical book! The Leaf Man uses the shapes and colours of different leaves as inspiration for its illustrations. The story explores where the mythical ‘Leaf Man’ goes, whenever the wind blows. This gorgeous book was brought to my attention when I posted these photos of leaf creatures on my Facebook page. Pictures & craft ideas found here: One of our members mentioned that they had read The Leaf Man to their class and then used it as inspiration to create similar pictures. I think it would make a lovely afternoon of reading, collecting leaves and then creating leaf creatures of their own. I will post photos of some leaf creatures that I have made soon! The Black Book of Colours by Menena Cottin is the most unique picture book I’ve come across. Kathy, one of the members of our Facebook community, recently posted some 5 senses poetry that her students wrote after reading the book.

English Worksheets Free Monster Printables for my Scaredy Boy. “I scared! I scared!!” he says putting his arm over his eyes. We’re not sure where his sudden fear of monsters came from and since he is only two he’s not able to explain any more than ‘Monster! Morgan helped by drawing a backdrop for the puppet play which we stuck on the cupboard. Later we changed the monkeys to Five Little Monsters Jumping on the Bed and sang the song over and over while Noah ran around the house with the monster puppets. In the days since the puppets the monster fears seemed to have lessened. If you have your own monster problems, or perhaps you are celebrating Halloween, or maybe you just want to play with these cute monsters you can print them, cut them out and make your own puppets. You can download the free printable monster puppets here. And just because these monsters are too cute not to share, I created some printable monster note cards. You can download the free printable monster note cards here. Each of these free printables is an A4 sized pdf file.

Specialised help for children with dyslexia pays dividends Published: 6:07AM Saturday August 16, 2014 Source: ONE News Compelling research shows learning outcomes for children with dyslexia can be vastly improved. Specialised, early intervention can significantly boost success at school for a child with dyslexia, a pilot study shows. One-on-one, personalised tuition resulted in vast and surprising improvements in achievement skills, Karen Waldie, Associate Professor of the School of Psychology at Auckland University, says. SPELD NZ, in collaboration with school RTLBs (Resource Teachers of Learning and Behaviour), carried out the study involving 42 seven-year-old students struggling in the classroom as a result of dyslexia. Ms Waldie says she was taken by surprise and "truly impressed" by the resulting data. "The children increased their predicted reading success by 20-44 percent in areas of sound blending, phonemic awareness, verbal comprehension and reading fluency. Copyright © 2014, Television New Zealand Limited.

Design Your Own Printable Masks We are living in that limbo land with a kid who is too sick for school, but not sick enough to just lay around on the couch and do nothing… Time for a quiet activity to fill in the hours till her sister gets home, designing our own printable masks! Izzy came up with the idea of making a base mask and having all kinds of options you could add on so that’s what we did. These printable masks have a basic mask shape and then various ears, a top hat and a crown for you to pick from. We used our favourite art technique – crayon resist, using oil pastels and water colours to colour our selected pieces. Once they were dry we cut out all the bits and pieces and decided what went with what. I cut out the eye holes by folding the eyes slightly and making a snip in the middle so I could cut them with scissors but you could use a craft knife. And of course, we can’t make a printable without sharing it. We made a bunny, a Loch Ness Monster (with a top hat on) and the cutest little bear you’ve ever seen.

List Of Adjectives This is the place to get the Ultimate Lists of Adjectives. The list of adjectives is something of wonder. Behold the modest adjective. The right adjectives can help you win the war of words with wit, or capture a heart with elegant eloquence. Go straight to the Ultimate List of Adjectives OR read on for the grammatical rules of English regarding adjective usage including examples of the different types used, and the separated lists of adjectives by category (describing people, emotions, food, colors, amount, size and more). An adjective's job is to modify a noun or pronoun. Adjectives are often used to describe the degree of modification. The adjective forms are positive, comparative, and superlative. Examples of adjective usage are : This tree is tall. A handful of adjectives have irregular forms of positive, comparative, and superlative usage. These include good/better/best, bad/worse/worst, little/less/least, much-many-some/more/most, far/further/furthest.