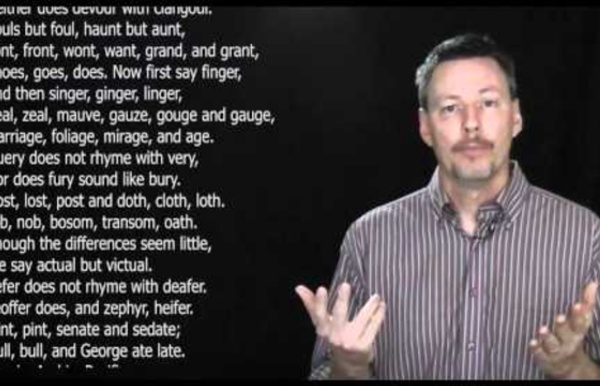 Tips on how to make a video news report Do you want to make a TV news report but have no idea where to start? Watch this video to see how a group of students, with help from the BBC's Sophie Long, go about it and read the advice below. How to make a video news report What's the story? Before starting any news report, the most important point to remember is: Keep it simple. Planning As with any story, you must plan how you want to start your report and how you want to end it. When planning your report, you will need to consider the five Ws. What - What is the story? Why - Why is the story important to your audience? Who - Who is involved? Where - Where is the story happening, and where is the best place to film? When - Has the story already happened, or is it about to happen? By planning each of these points in detail, you'll know exactly what you need to film, where and when. Filming Once you have done all your planning, then you can start to film. A basic TV news report is made up of five parts: Equipment Health and safety

The joy of English pronunciation If your browser does not display the IPA part of Unicode correctly, here is a PDF version of the same thing. The text Dearest creature in creation Studying English pronunciation, I will teach you in my verse Sounds like corpse, corps, horse and worse. I will keep you, Susy, busy, Make your head with heat grow dizzy; Tear in eye, your dress you'll tear; Queer, fair seer, hear my prayer. Pray, console your loving poet, Make my coat look new, dear, sew it! Sword and sward, retain and Britain (Mind the latter how it's written). Now I surely will not plague you With such words as vague and ague, But be careful how you speak, Say: gush, bush, steak, streak, break, bleak, Previous, precious, fuchsia, via, Recipe, pipe, studding-sail, choir; Woven, oven, how and low, Script, receipt, shoe, poem, toe. Say, expecting fraud and trickery: Daughter, laughter and Terpsichore, Branch, ranch, measles, topsails, aisles, Missiles, similes, reviles. One, anemone, Balmoral, Kitchen, lichen, laundry, laurel.

Where Children Sleep photographs from around the world | Daily Mail Online Photographer James Mollison travelled around the world to capture children's bedrooms The project, Where Children Sleep is set to highlight children's rights across the globeChildren, and their bedrooms, come from all over the world, from China to the U.S. to Brazil By Sara Malm Published: 10:30 GMT, 3 April 2014 | Updated: 14:43 GMT, 3 April 2014 The difference between east and west, rich and poor becomes stark when looking at how our children sleep at night. Where Children Sleep, a project by photographer James Mollison, is set to highlight children’s rights by contrasting the different living situations for young people across the globe. We meet nine-year-old Dong from China who sleeps underneath a poster of Chairman Mao with his parents and sister; Roathy, eight, from Cambodia who lives on a rubbish tip; Kaya, four, from Tokyo, whose mother makes her at least three new dresses a month; and Indira from Nepal who has worked in the local granite quarry since the age of three.

Who killed Santa? Who killed Santa? When I came to the classroom this morning I found Santa. Dead. I cried and said to myself: "What will now happen to Christmas? (Picture: www.merriemysteries.com) 1. 3. 3. There will be prize for the correct answer! I hope you will find the murderer! This lesson is inspired by: The Caz on www.tes.com If you are a teacher and wants to use this lesson - go to the link above and search for Christmas Murder Mystery.