The Science of Happiness - An Experiment in Gratitude 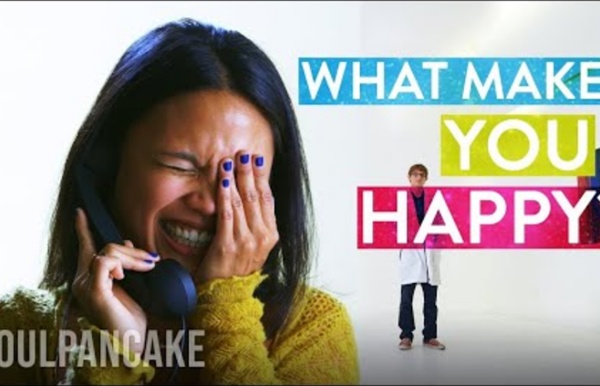 English / Learning areas / The New Zealand Curriculum Ko te reo te tuakiriKo te reo tōku ahureiKo te reo te ora. English is the study, use, and enjoyment of the English language and its literature, communicated orally, visually, and in writing, for a range of purposes and audiences and in a variety of text forms. Learning English encompasses learning the language, learning through the language, and learning about the language. Attitudes of Gratitude Journal (Age 13+) Dear 7Days users who are experiencing the above issue.Although the previous diaries are not displayed, they are actually safely saved as data.I truly apologize that the incident happened, and we are currently working on fixing the issue.I would like to ask for your favor to wait for hot fix.I am sorry again, we will fix this issue as soon as possible.Thank you. 7Days Write down your day!Make unforgettable moments more special

Here's what it means for a relationship if your guy has a beard We all have different preferences when it comes to our men’s facial hair — some like a full-on lumberjack beard, some like a five o’clock shadow, and others like their men clean-shaven. However, according to a new study done by The Journal of Evolutionary Biology, we choose partners with beards when we’re looking for long-term relationships. To conduct the study, researchers showed 8500 women pictures of men with all different types of facial hair — none, light stubble, heavy stubble, and full-on beards. Researchers then altered different facial features, such as the cheekbones and jawline, to make the same guy either more masculine or more feminine. The women then rated the attractiveness level of the altered images of the men. Although stubble was rated the “most attractive look overall,” men with full-on beards were ranked the most attractive when it came to picking a man who’s in it for the long run.

Anatomy Of Addiction: How Heroin And Opioids Hijack The Brain Jack O'Connor became addicted to opioids when he was a teenager. Greta Rybus for NPR hide caption toggle caption Greta Rybus for NPR This Insane New App Will Allow You To Read Novels In Under 90 Minutes Technology• Christian La Du • The reading game is about to change forever. Boston-based software developer Spritz has been in “stealth mode” for three years, tinkering with their program and leasing it out to different ebooks, apps, and other platforms. Now, Spritz is about to go public with Samsung’s new line of wearable technology.

Sites That Help Kids Do Good close(x) Don’t Miss Out You’re all set! Look out for our weekly updates soon. Everyone Uses Singular 'They,' Whether They Realize It Or Not CSA Images/Vetta/Getty Images Talk about belated recognition. At its meeting in Washington, D.C., on Jan. 7, the American Dialect Society voted to make the 600-year-old pronoun "they" their word of the year for 2015. Specialised help for children with dyslexia pays dividends Published: 6:07AM Saturday August 16, 2014 Source: ONE News Compelling research shows learning outcomes for children with dyslexia can be vastly improved. Specialised, early intervention can significantly boost success at school for a child with dyslexia, a pilot study shows. One-on-one, personalised tuition resulted in vast and surprising improvements in achievement skills, Karen Waldie, Associate Professor of the School of Psychology at Auckland University, says. SPELD NZ, in collaboration with school RTLBs (Resource Teachers of Learning and Behaviour), carried out the study involving 42 seven-year-old students struggling in the classroom as a result of dyslexia.