Most Shocking Second a Day Video 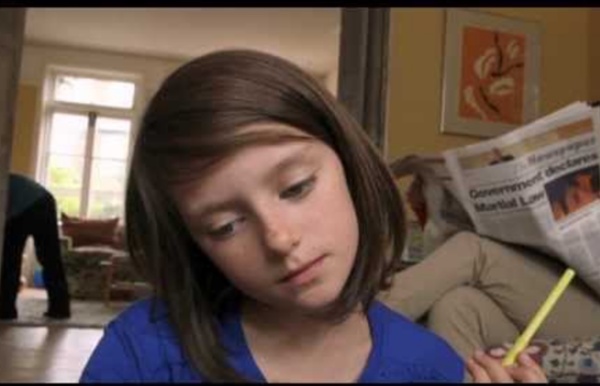 Why people are fleeing Syria: a brief, simple explanation With the refugee crisis worsening as many Syrians attempt to flee to Europe, many people may find themselves wondering just how the war in that country got so bad, and why so many are fleeing now. Here, then, is a very brief history of the war, written so that anyone can understand it: Syria is a relatively new country: Its borders were constructed by European powers in the 1920s, mashing together several ethnic and religious groups. Since late 1970, a family from one of those smaller groups — the Assads, who are Shia Alawites — have ruled the country in a brutal dictatorship.

TedED - What does it mean to be a refugee? To learn more about global forced displacement, a good place to start is the website of the UN Refugee Agency (UNHCR). This includes plenty of information and resources; including a basic explanation of the Refugee Convention and an annual report on patterns of forced displacement. The website also looks at individual stories, trying to match the statistical data with more personal accounts of displacement. To further investigate the challenges faced by those who seek to begin a journey from war to safety, the missing migrants project looks broadly at those—both migrants and refugees—who have died along migratory routes (both at land and at sea).

European Migration: 08/09/2015, Behind the News We're taking you to Europe where right now more than a hundred thousand asylum seekers are arriving each month. Here's Emma to take a closer look at this issue and some of the kids that are caught up in it. EMMA DAVIS, REPORTER: This sight is becoming very common in a lot of European countries. These moving photos of the refugee crisis just won a Pulitzer Prize Warning: Some people may find some of the photos in this article distressing Gripping images of Europe's refugee crisis won the 2016 Pulitzer Prize for breaking news photography on Monday. The judging committee said that the joint first place prize was awarded to Mauricio Lima, Sergey Ponomarev, Tyler Hicks and Daniel Etter's work for The New York Times and the photography staffers of news agency Thomson Reuters for photos that "captured the resolve of refugees, the perils of their journeys and the struggle of host countries to take them in." Covering hundreds of miles and telling dozens of individual stories, the images capture people at an uncertain moment in their lives, on unknown roads to uncertain destinations: Refugees arrive by a Turkish boat near the village of Skala, on the Greek island of Lesbos (The New York Times/Sergey Ponomarev - November 16, 2015). Migrants walking past a church, escorted by Slovenian riot police to a registration camp outside Dobova, Slovenia.

Syrian Journey: Choose your own escape route The Syrian conflict has torn the country apart, leaving thousands dead and driving millions to flee their homes. Many seek refuge in neighbouring countries but others pay traffickers to take them to Europe - risking death, capture and deportation. If you were fleeing Syria for Europe, what choices would you make for you and your family? Take our journey to understand the real dilemmas the refugees face. The routes, options and outcomes in this Syrian Journey feature were based on real stories uncovered by extensive research as part of a BBC Arabic digital project exploring migration from Syria. Research by Mamdouh Akbiek, Eloise Dicker

Podcast: Telling the Stories of Refugees Actors Mandy Patinkin and Kathryn Grody, and author Alan Gratz join us this week to talk about the refugee crisis, and how they are giving voice to the children affected. First, we speak with Alan Gratz, a children's author whose most recent book, Refugee, hits shelves July 25, 2017. The book follows three children from three periods of history fleeing three different evils: Josef, a young Jewish boy fleeing Nazi Germany in the 1930s; Isabel, a Cuban girl whose family sets out on a raft bound for America in 1994; and Mahmoud, a Syrian boy in 2015, who hopes to escape the violence and destruction of his homeland and begin a new life with his family in Europe. Later in the episode, we talk with Mandy Patinkin and Kathryn Grody. Mandy is an actor and singer whom you may know from his roles in "The Princess Bride," the Showtime series "Homeland," or as the voice of Papa Smurf in the recent movie "Smurfs: The Lost Village." Additional resources:

CRITICAL ANALYSIS OF W.H AUDEN'S 'REFUGEE BLUES’ Put in simple terms, this is a poem about the plight of a specific group of refugees displaced and arriving in a country that is generally hostile to their situation, even if well-meaning. Written in 1939, Auden focuses on the German Jews arriving in the UK at that time, though the poem has taken in a timeless quality due to the commonality of its subject. Indeed, it is not until stanza 8 that Auden identifies his Refugees. Possibly he is trying to show the reluctance of the persecuted to identify themselves for fear of further persecution, possibly he is allowing the narrator –we assume a husband – to present the key ideas of his poem without the idea of Jewishness in some way getting in the way of a universal message. He has chosen the title Refugee Blues to link to the protest and subculture of the enslaved Blacks, who developed this musical form in the Southern USA, and has written a poem in which the rhythm and rhyme scheme (AAB) reflects the musical style.

Why Migration Should Be Central to Paris COP21 Climate Talks “We live in constant fear of the adverse impacts of climate change. For a coral atoll nation, sea level rise and more severe weather events loom as a growing threat to our entire population. The threat is real and serious, and is of no difference to a slow and insidious form of terrorism against us.” - Prime Minister of Tuvalu Saufatu Sapo’aga at the United Nations In the aftermath of the Paris attacks, world leaders are closing their borders to refugees and cracking down on civil society participation in the upcoming climate negotiations.

8 educational resources to better understand the refugee crisis The world refugee crisis has led civil society to mobilise, and initiatives calling for greater support to refugees have multiplied across countries. But at the same time, there have been increasing demands, especially from schools on how to work on this issue, asking how to discuss it with young people, or with students. Based on the recommendations of our global human rights education network, we have compiled a list of educational resources that explain the rights of refugees. Teachers, educators, facilitators or anyone that wishes to learn more about refugees can use these materials produced by Amnesty International and other organisations. Seeking Safety and Time to Flee By drawing parallels between the lives of primary school children and those of refugees, the two resources aim to create a feeling of global interconnectedness among pupils.

Refugee Blues by W H Auden Say this city has ten million souls, Some are living in mansions, some are living in holes: Yet there's no place for us, my dear, yet there's no place for us. Once we had a country and we thought it fair, Look in the atlas and you'll find it there: We cannot go there now, my dear, we cannot go there now. In the village churchyard there grows an old yew, Every spring it blossoms anew: Old passports can't do that, my dear, old passports can't do that. The consul banged the table and said, "If you've got no passport you're officially dead": But we are still alive, my dear, but we are still alive. Went to a committee; they offered me a chair; Asked me politely to return next year: But where shall we go to-day, my dear, but where shall we go to-day?

9 questions about the global refugee crisis you were too embarrassed to ask “We don’t want them here,” President Donald Trump said on January 27, just before he signed his controversial executive order on immigrants and refugees. “We want to make sure we are not admitting into our country the very threats our soldiers are fighting overseas.” Thus launched the refugee ban that would be among the first controversies of the Trump administration.

"Nobody is ever just a refugee": Nigerian author Chimamanda Ngozi Adichie calls for a new way of seeing the global migrant crisis — Quartz Feyisa Lilesa, the marathon runner who made an anti-government protest gesture during the Olympic Games, has not returned to Ethiopia. Reporters aboard the Ethiopian team’s return flight from Rio yesterday (Aug 24) said Lilesa was not on the plane. Sports officials did not mention the 26-year-old’s name during a welcome ceremony where government officials greeted the team and decorated them with garlands. Ethiopian state media also omitted mention of him in news reports of the athletes’ return.