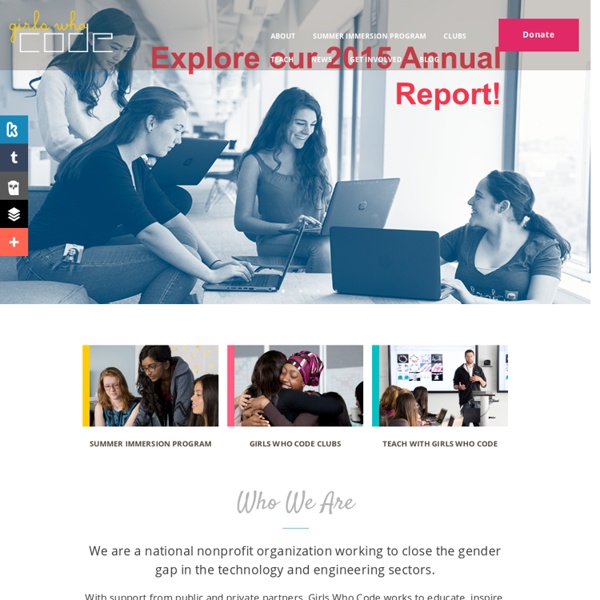 Your brain on weed - CNN Video Your brain on weed Source: CNN Added on 7:02 PM ET, Mon March 10, 2014 Your brain on weed Replay More Videos ... 15+ Ways of Teaching Every Student to Code (Even Without a Computer) According to Code.org, 90 percent of parents in the U.S. want their children to learn computer science—it will be crucial for many jobs in the near future—but only 40 percent of schools teach it. Critics claim that it is mainly the more affluent schools that offer computer science courses, thus denying those who attend poorer schools the chance to learn necessary skills. A focus on STEM is not enough: Code.org also reports that while 70 percent of new STEM jobs are in computing, only 7 percent of STEM graduates are in computer science. It is imperative that savvy schools begin to focus some STEM resources on computer science and programming. In my opinion, parents of every student in every school at every level should demand that all students be taught how to code. They need this skill not because they’ll all go into it as a career—that isn’t realistic—but because it impacts every career in the 21st-century world.

Geeky Brains Writing a piece of code is almost same as dealing with your girlfriend.Most of the times you will get an error, then you start debugging it.Sometimes you may get the output first time of compilation itself(never happened to me except for those boring ‘hello world’ shit !).How many times you have handled your girl friend without any confusion ? How many times you have implemented a logic with understanding it properly ? People think that coding is complicated. The Languages And Frameworks You Should Learn In 2016 Martin Angelov A lot happened in the software development world in 2015. There were new releases of popular programming languages, new versions of important frameworks and new tools.

#IWishMyTeacherKnew shares students' heartbreak, hopes Many of the students she teaches at Doull Elementary just wish they had something in common with her, that she knew soccer or video games. But sometimes, their wishes bring tears to her eyes, and offer a glimpse of painful struggles in their young lives. There's a student who misses her father: "I haven't seen him in six years." Another who wants to tell her she's lonely: "I don't have friend to play with me." Still another who wants to explain why her reading log goes unsigned: "My mom is not around a lot." 28 Tools to Learn Computer Programming From edshelf by edshelf: A discovery engine of websites, mobile apps, desktop programs, and electronic products for teaching and learning. Teaching primary and secondary students how to program has become a hot topic lately. Even people like United States President Barack Obama to actress Angela Bassett to music artist Shakira have spoken about the value of computer programming in an initiative called Hour of Code. With good reason too.

Creative Computing 7 units44 activitiesremixing encouraged download the guide> help learnerscreate new worldswith computing ColorCode Personality Science Full Analysis If you want a completely customized report that is designed to fully analyze your personality, and provide bonus tools to help you on your way to personal development, this is the version for you. (Scroll down to start test) Results Include A pie chart showing you what you scored in all 4 colors A Comprehensive Analysis containing a 14+ page report with customized content that describes your individual personality style in depth, including a list of your strengths and limitations, your secondary colors--how they affect your personality, and a list, complete with tips, of your traits.

FEATURE: The Maze Coder Introducing students as young as 5 to the concepts of computer science can be challenging but also immensely rewarding. Though blockly-based platforms like Scratch and Hopscotch can prove too tricky for them, there are a wide range of apps available that introduce youngsters to sequencing, algorithms and simple computational thinking. From Daisy the Dinosaur to Lightbot and The Foos (my favourite for use with Foundation Stage students) the choice is excellent and the touch screen interface helps to streamline the process for those getting their very first taste of coding. Rather than start with an app though, I like to start with something more practical when first introducing computer science concepts in KS1.

Make iOS, Android and Flash Games with Stencyl Build Worlds If you're used to graphics editors like Photoshop, you'll feel right at home in the Scene Designer. Familiar features, such as a selection tool, zooming, grid-snapping and flood fill, will help you quickly craft complex worlds out of Actors, Tiles and Terrain. Create Actors Drop in graphics from your computer to create Actors on the fly.