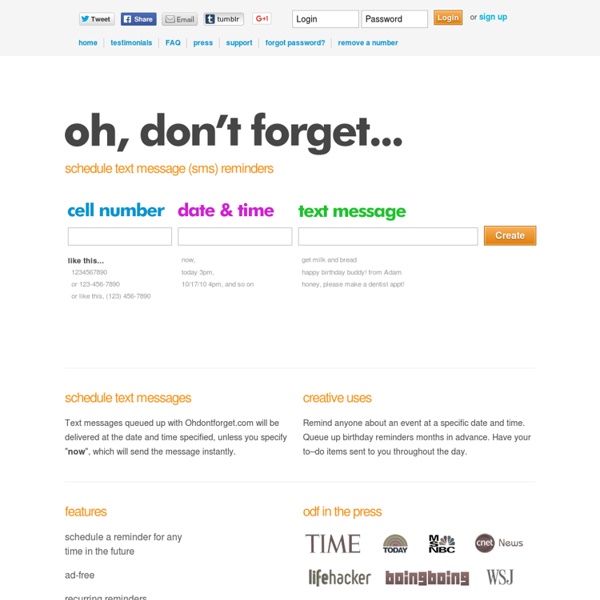 College Paper How to write a paper in college/university: 1. Sit in a straight, comfortable chair in a well lit place in front of your computer. 2. Planting A Pineapple Did y’all know that you can take this and turn it into… This? And that this will eventually produce… This? Yes, I’m talking about turning your average, ordinary grocery store pineapple into a tropical showpiece within your home.

The 32 Totally Essential (and Free) Apps for Every New PC You have to admit, Windows is a pretty barebones operating system, feature-wise. After a fresh install of XP or Vista (perhaps following a Clean Start), you're faced with a barren Start Menu and an empty desktop that's beaming with limitless potential. The problem is that it's up to you to hunt and download those applications that you really need in your day-to-day computing experience. And chances are, it's often difficult to find good software that's also free.

Keyboard Shortcuts for special characters This page will show users (of the Windows or Macintosh OS X operating systems), having a western european “standard” keyboard (showing the latin alphabet), how to generate other characters they might not see on the keyboard. For example a US keyboard will not show accented letters as used in French. A French keyboard will show accented letters common in French, but not accented letters used in Spanish. And so on… You can read the instructions below, or skip directly to the chart. Special characters on Macintosh (Apple keyboards) On MacOS, the option key functions as a modifier key like the shift key. The Beauty Of Urban Decay: 50 Mindblowing Photography The branch of photography that particularly deals with the capturing shots of abandoned and desolate buildings which are normally not taken care of is called Urban Decay Photography. This particular field of photography is gaining huge popularity as it brings the beauty of the more abandoned buildings to the surface. Let’s have a look at this amazing compilation of 50 extraordinary shots of urban decay emphasizing their smashed and destroyed look. Enjoy!

This is what Chicken McNuggets look like This photo below has been extensively passed around the web today, and for good reason: it's a peak into the rarely-seen world of mechanically separated meat, or Advanced Meat Recovery (AMR). Fooducate writes: Folks, this is mechanically separated chicken, an invention of the late 20th century. Someone figured out in the 1960's that meat processors can eek out a few more percent of profit from chickens, turkeys, pigs, and cows by scraping the bones 100% clean of meat. This is done by machines, not humans, by passing bones leftover after the initial cutting through a high pressure sieve.

Jose Rodolfo Loaiza Ontiveros: Disasterland Disasterland is Mexican artist Rodolfo Loaiza's tribute to pop culture, fashion, animation, horror films and the undeniable attraction of celebrity. The stage is set for fantasy to collapse and surrender to the inevitable apocalypse of 21st century Hollywood. Fairytale characters continue to dominate his latest project – this time caught in the headlines of our favorite tabloid stars. Continuing his penchant for cleverly depicting the "uncouth" customs of our dichotomous society, Rodolfo explores what would happen to our fables if they were flesh and blood and confronted with the frenetic and excessive world of fame.

10 Xbox 360 tricks Microsoft won't tell you 1. Connect your Xbox 360 to two screens at once If you've got one of the component/composite dual video cables – the one that comes in the box with most 360s – you can have your console display its gamey goodness on two TVs simultaneously. The trick is to flick the cable's switch to Standard Definition but hook up the composite (yellow) cable to one screen and the component (the red, green, blue) cables to another. It won't be high-def, but it could be handy if you're staging a mini LAN party and want to set up a display for bored spectators to point their eyes at. 2.