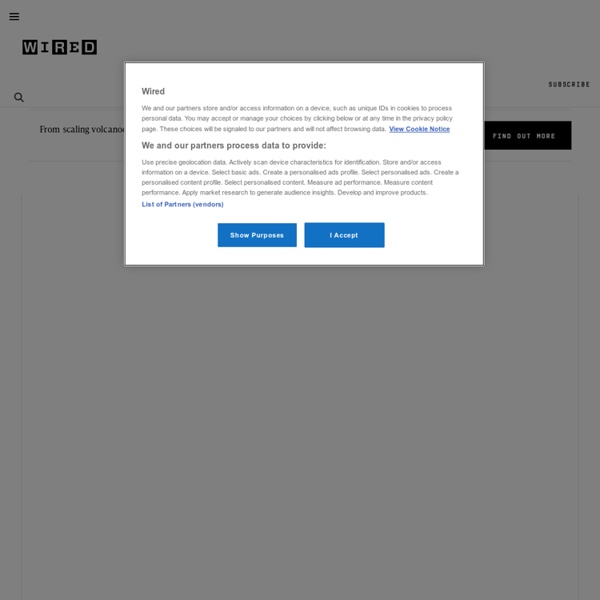 King Lear review – Jonathan Miller keeps it all in the family Jonathan Miller’s reputation as a director is that of an eccentric conceptualist. But in fact, his productions are chiefly marked by their verbal lucidity and visual sobriety: something certainly true of his latest King Lear, conceived as a touring Northern Broadsides production, and providing as clear and unshowy a version of the play as you could wish to see. Miller sets the action at the time when the play was written, in the early 17th century: an astute move since it was a period of moral questioning about both paternal and kingly authority. Contemporist Fieldwork Design & Architecture have collaborated with the Nike Workplace Brand Design group to design some feature walls for the NIKE expansion buildings. The wall is constructed of salvaged maple gym flooring, and creates a branded, meaningful statement of arrival at the office in Beaverton, Oregon. Continue Reading »

Cool Tools Lots of ideas for last minute holiday shopping There is still enough time to buy cool tools as gifts and have them arrive before Christmas. Here’s our complete list of gift ideas for 2016. The Condensed Guide to Running Meetings We love to hate meetings. And with good reason — they clog up our days, making it hard to get work done in the gaps, and so many feel like a waste of time. There’s plenty of advice out there on how to stop spending so much time in meetings or make better use of the time, but does it hold up in reality? archdaily The design of the new Swiss Embassy in Yaoundé, designed by Matteo Cainer Architects, pays tribute to its renewed presence in the Cameroon and a respect for the uniqueness of the site. The resulting proposal is an elegant ensemble that encapsulates the identity and self-image of the Swiss people and their values. The calm external simplicity of the proposal conceals an inner complexity while achieving a sustainable design, which was another key in the process. More images and architects’ description after the break. The core concepts that guide this proposal are an expression of Swiss traditional know-how, and an understanding of what the Embassy can represent and achieve.

Einstein vs Bergson, science vs philosophy and the meaning of time - The Philosopher's Zone When Henri met Albert the stars didn’t quite align; nor did their clocks. Jimena Canales, historian of science, tells Joe Gelonesi about her discovery of an explosive 20th century debate that changed our view of time and destroyed a reputation. Physicists and philosophers have a curious relationship.

Dezeen UK designers David Ben Grünberg and Daniel Woolfson have devised a concept for a shape-shifting house that morphs to deal with changing times of day, seasons and weather conditions (+ movie). Woolfson and Grünberg launched The D*Haus Company to develop the concept for the experimental house, which would fold into different configurations so that it can take on up to eight different shapes. The house was first conceived as part of Grünberg's graduation project. "It was originally devised as a home for Lapland to deal with extreme temperatures," Woolfson told Dezeen.

European arts cuts: France threatens to pull plug on creatives' special benefits The element of the French arts scene likely to be squeezed the fastest is also the most incendiary: France's special unemployment benefits for actors, performers, musicians and technicians. For decades it has been the envy of struggling artists across the world. French people working in the arts and entertainment – from circus clowns, choreographers, actors and musicians to camera operators and sound staff working at state TV – have a special dole system, designed to protect them in the downtime between jobs and sparing them the curse of out-of-work creatives elsewhere in the world: waiting tables or telesales.

archidose A couple weeks ago I featured The Boxwood Winery by Hugh Newell Jacobsen on my weekly page, the fifth of such a building type that I've featured. Boxwood and thefourotherprojects are a varied mix that illustrates the relative freedom given architects for a fairly new building type that sits somewhere between the pastoral and the commercial. The Novelty Hill-Januik Winery in Woodinville, Washington by Seattle's Mithun is another notable winery that balances building and landscape to "celebrate wine's agrarian roots." The building itself is a balance of expansive, industrial concrete surfaces, soft woods and large glazed areas that make the winery an inviting location that doesn't gloss over its industrial context (the building sits between two railroad lines and just south of numerous large industrial buildings) or the industrial mechanisms that make large-scale winemaking possible. Links: :: Novelty Hill Januik:: Mithun

Strike Search - Torrent Search Engine I suppose I’ve been waiting to make this post for sometime. Source code for Strike Search is released here some of you might be aware that since Aurous was sued and shutdown I’ve been quite absent from maintaining a few of my projects. 9 Books That Will Make You Fall in Love With Reading All Over Again It seems like sacrilege to breathe even the barest insinuation that you might be sick of reading, but just because no one wants to admit it doesn’t mean that it isn’t happening. Blame it on workdays that leave the prose swimming on the pages, courseloads that permit little time in the way of leisure reading, or maybe it’s that you’re coming off a book that’s been hard to get over. Whatever the reason, feel free to go ahead and admit that you’re burnt out on reading — you’re among friends. However, if reading fatigue is a sickness, it’s one that can be cured — in fact, that cure is spiritually imperative. Shouldn’t we all have those restorative books to which we return faithfully in times of hardship, a sort of literary equivalent to the bad television shows we watch in bed when we’re sick? (I’m a fan of 30 Rock, personally.)

Sewol disaster: President pledges to raise ferry as South Korea mourns - BBC News South Korea's president has promised to raise the Sewol ferry, as the nation marks a year since the disaster. A total of 304 people, mostly school students, were killed when the ship - which was overloaded and illegally redesigned - sank off Jindo island. The government has faced a day of anger with relatives cancelling at least one memorial service in protest. Divers have recovered all but nine of the bodies. Relatives say the ship must be raised and their remains found. Worldarchitecturenews This exquisite market hall in Ghent, Belgium is the work of a partnership between Robbrecht en Daem Architecten and Marie-Jose Van Hee Architecten. The barbed structure spikes across a 24,000 sq m site formerly home to a desolate parking lot in the centre of Ghent, commanding the space between the spires of St Nicholas Church, the Belfry and a Cathedral. Designed to encourage local residents to convene in the market square for social gatherings and public events, the pavilion above ground marks the location of the brasserie, bicycle park and public toilets below ground, accessible through a new lower ‘green’. The market hall above hosts a plethora of events and the official opening saw hundreds cram underneath its up-lit folds. Breathtaking images of the recently-completed structure have been storming the internet and the responses from locals and architecture enthusiasts have been mixed.