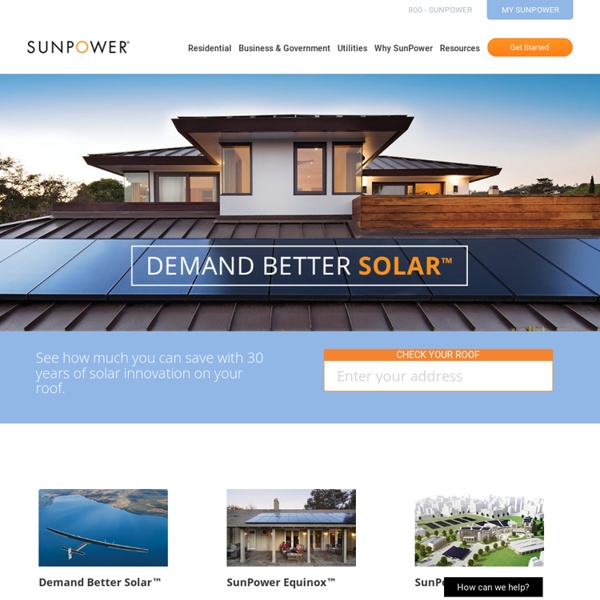 StarChild: The Solar System The Solar System Listen to an audio version of this page. Solar System Activities The StarChild site is a service of the High Energy Astrophysics Science Archive Research Center (HEASARC), Dr. Seeing no end to power crisis, Gazans turn to solar power Faced with power blackouts lasting anything from eight to 12 hours a day, residents and businesses in Gaza are increasingly turning to the sun to supply their energy needs. Follow Ynetnews on Facebook and Twitter Not only are solar panels more reliable and cheaper in the long run, but in some cases, including that of Tamer al-Burai, they have become essential to staying alive.

Could High-Dive Jumpers Leap Over This Whole Pool? This is an older video from the World Championship in Dødsing. That’s about all I know except that it’s in Oslo, Norway. Watching this shows several very entertaining jumps. There are also a few jumps that look a little too close to the far edge of the pool. That makes the jump doubly scary. World's First Solar Cycle Path Installed In Amsterdam Earlier this year, we heard of a dynamic duo’s ambitious project, Solar Roadways, which wants to replace concrete roads, driveways and parking lots in the US with their innovative solar panels. But it turns out that they’re not the only ones that think this green idea is a smart idea, as a group in the Netherlands has just designed and installed the world’s first solar cycle path. The path, which was developed by the Netherlands’ TNO Research Institute, runs between the suburbs of Krommenie and Wormerveer.

The Large Hadron Collider The Large Hadron Collider (LHC) is the world’s largest and most powerful particle accelerator. It first started up on 10 September 2008, and remains the latest addition to CERN’s accelerator complex. The LHC consists of a 27-kilometre ring of superconducting magnets with a number of accelerating structures to boost the energy of the particles along the way. Inside the accelerator, two high-energy particle beams travel at close to the speed of light before they are made to collide. The beams travel in opposite directions in separate beam pipes – two tubes kept at ultrahigh vacuum. They are guided around the accelerator ring by a strong magnetic field maintained by superconducting electromagnets.

Einstein for Everyone Einstein for Everyone Nullarbor Press 2007revisions 2008, 2010, 2011, 2012, 2013 Copyright 2007, 2008, 2010, 2011, 2012, 2013 John D. Solar power alone won't solve energy or climate needs Recent reports that solar capacity will soon exceed nuclear capacity reveal an important fact. It also hides a crucial distinction needed to understand the context of energy production, and use and consequences of choices among supply options for the future. As executive director of the Waterloo Institute for Sustainable Energy (WISE) and lead author of the Equinox Blueprint Energy 2030, a technological roadmap for a low-carbon electrified future, I have investigated energy options, alternatives and their utility. I have also found that people get confused with terminology. Capacity installed in kilowatts (kW) is not equal to energy produced in kilowatt hours (kWh)—and the energy services we demand and pay for (such as cooking, cooling, lighting, entertainment) is measured in kilowatt hours.

10 Charts Tell You Everything Cost of Solar OK, “everything” is a strong word, but the following charts on the cost of solar panels should be super useful to you. Of course, to get a very specific cost of solar panels estimate for your own home, just spend about 60 seconds answering a few question at the link above and we can hook you up with this in a jiffy. (A completely free process, of course.) Physics To Go: Explore Physics on your own image credit: U.S. Air Force; image source; larger image Newton's 3rd Law What is the purpose of the small rotor on the back of this helicopter? In fact, it's needed because of Newton's third law--for every action force there is an equal and opposite reaction.

HOW TO CHART THE SUN’S MOTION IN RELATION TO YOUR HOMESTEAD Learn to track the sun before you design your home to determine the best orientation for it, as well as how to take advantage of the sun rays, because the position is also important for the passive cooling and heating of the house. Understanding the sun’s motion relative to a site is an important aspect of a good permaculture design, as various elements like plants, animals and solar devices depend on sun for their functionality. A good appreciation of the earth’s rotation about its axis, its revolution around the sun and the consequences of these motions on the sun’s position and availability at a given location on the earth’s surface, is essential for maximizing plant productivity, harnessing maximum energy, minimizing energy usage and maintaining a comfortable indoor environment for humans and animals alike. For a given site, if we can create a chart that shows the areas of year round shade and year round sunshine, one can plan and design the various elements for optimal functioning.

Beginning Joint Venture with Apple. Much more focused on Residential by danielosterhout Apr 16