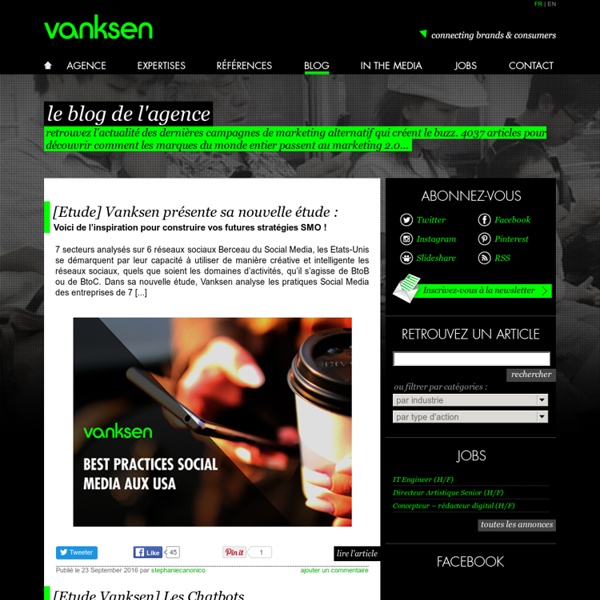 116 Creative and Funny Advertisements for Inspiration In this new post we are going to showcase Creative and funny advertising. Advertisements for your inspiration and to feed your creativity, you will see a new design ideas. You will see ads for Toshiba, Samsung, Val-spar colors, WWF, Food, Tools and a lot of awesome ads. Hope you like this compilation. I add new 17 creative ads. Download Hotel Costes I-XII Mixed By Stephane Pompougnac (1999 - 2009) Torrent ALBUM : Hotel Costes Vol. 1-12 (mixed by Stephane Pompougnac) GENRE : Chillout, Downtempo, Lo-Fi, Tango, Latin, Jazz etc.. ENCODER: Lame 3.97 - 3.98

40 Inspirational Next Generation Virtual World Platforms [ad#link-unit-post] We’re with emerging topic about “Next Generation Virtual World Platforms” which are helping for most of the world who want to learn or share to others but want to use easy way for learn or share so we’re sharing some extraordinary resources which are giving a new way for learn or share. As Wiki says about Virtual World: A virtual world is a genre of online community that often takes the form of a computer-based simulated environment, through which users can interact with one another and use and create objects. Virtual worlds are intended for its users to inhabit and interact, and the term today has become synonymous with interactive 3D virtual environments, where the users take the form of avatars visible to others graphically. These avatars are usually depicted as textual, two-dimensional, or three-dimensional graphical representations, although other forms are possible (auditory and touch sensations for example).

Philip Wood - Blog - CITIZEN:Citizen "Wraps Up" Levi’s® x Openin For the past week, San Francisco’s downtown landscape has become home to some curious sights. Bicycles, construction signs, parking meters and even figures in windows and atop of buildings could be spotted around the city, wrapped in vibrant colored corduroy. This urban intervention and corduroy revival is part of a highly crafted collaboration with CITIZEN:Citizen in partnership with the Levi’s® brand. The campaign is in celebration of the launch of the collaboration between the iconic Levi’s® brand and hyper cool Opening Ceremony. The official launch in San Francisco is this Friday, February 19th.﻿