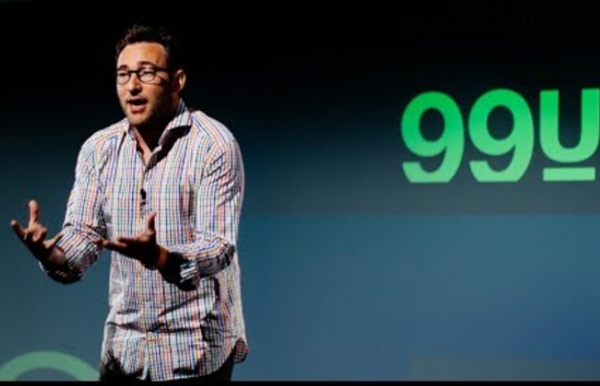 The World of CrossFit "CROSSFIT IS GOING TO transform your body. It's going to transform your life in ways you can't imagine." This wasn't a late-night infomercial. It was the ardent opinion of my former girlfriend. I had mentioned that I was thinking of trying CrossFit, and Becky, to my surprise, told me she was already a year into it, and that it had given her a "new lease on life" and a "whole new family." The Craziest Exercise Ever If you watched the CrossFit Games on ESPN2 or have ever visited a CrossFit gym, you’ve probably seen a kipping pullup. The move combines a hip drive, kick, and arm pull to build momentum that helps raise your chin over the bar. In short, it looks like a flailing mess—albeit an impressive one. We wondered: Is the kipping pullup just cheating?

Scientists Find Area Of The Brain That Motivates Us To Exercise Scientists have discovered a tiny region of the brain that controls a mouse’s desire to run and join in on other rewarding activities. Called the dorsal medial habenula, the structure is similar in mice and men, and its ability to regulate mood and motivation should be the same across the two species. “Changes in physical activity and the inability to enjoy rewarding or pleasurable experiences are two hallmarks of major depression,” says Eric Turner of the Seattle Children’s Research Institute. “But the brain pathways responsible for exercise motivation have not been well understood.”

Women at the snow: We're not just eye candy With female stars performing like Torah Bright, why aren't women given equal prominence in the snow media? I am proud of Australia's snow media. Our dedicated snow sports magazine production levels are high and content always interesting and entertaining, we have some of the best ski and snowboard photographers around and the new breed of filmers are achieving stunning footage and edits at home and abroad. There is, however, one thing missing, women. Grassroots ski and snowboard media in Australia does not represent the female third of the snowboard market and 40 per cent of the ski market.

Is quitting sugar dangerous? Is paleo eating extreme? Kate Leaver. By KATE LEAVER Eating clean isn’t about health anymore. It’s about discipline and shame. Celebrity-endorsed eating plans like Sarah Wilson’s “I Quit Sugar” series and Pete Evans’ “The Paleo Way” are not diets. They’re cult-like groups that thrive on a culture of fear around food rather than realistic wellbeing. Erin Molan quits Kiis FM after inappropriate and sexist questions during her sports segment Sports journalist Erin Molan is bombarded with inappropriate and sexist questions during her weekly sports chat with Kyle and Jackie O on Kiis FM. Courtesy: Kiis FM Richmond coach Damien Hardwick addresses the media after his side's 68-65 victory over the Sydney Swans. Is what is potentially the worst, and definitely most baffling call by and NRL referee this year, Matt Gillett was sin binned by Ben Cummins for apparently being offside, but we will let you be the judge of that one.

A Woman's Journey of Strength: How Lifting Changed My Life Forever Note from TG: Today I have a special weekend edition post from fitness & lifestyle coach, and writer, Neghar Fonooni. Neghar was someone I featured on my “go to” female resources last week and she’s also the wife of my good friend, John Romaniello, which basically makes them the fitness equivalent of Beyonce and Jay-Z. I don’t typically post on the weekend, but I felt this article deserved some special attention. It’s flippin fantastic! I’ve been lifting weights, seriously and consistently, for eight years.

Why muscles make good medicine Muscle: important at every age. Photo: mauro grigollo If you still see exercise as an optional extra, not a health essential, science is finding more reasons to change your mind – including new research that suggests strong muscles are good medicine.