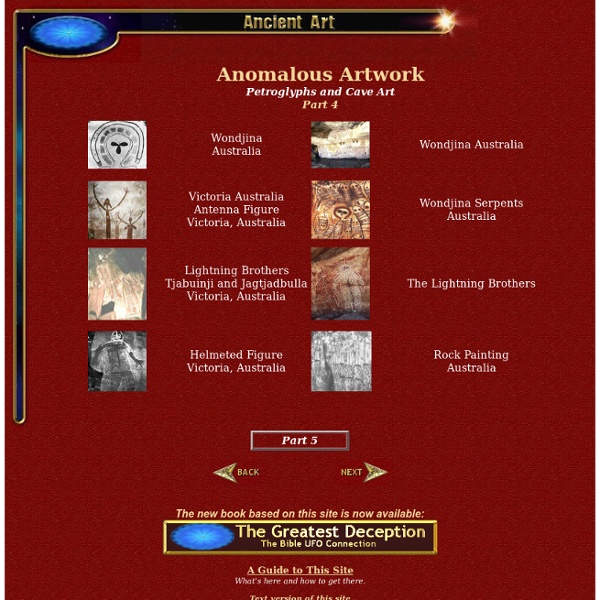 Atlantis or Someone Else? The report is about an Earth based scenario, a combination of the possibilities inherent in a background Earth story, some possible hypotheses by me, and then some visual evidence to add into the mix. It will be up to you to decide if there is any merit. First we'll start with the background story. In more modern times, the story of ancient Atlantis has fascinated generations and some to obsession as a real place. According to the translation, it seems that the god/man Poseidon (you know, Zeus, Hera, Apollo etc.) fell in love with a human female named Cleito on the island Atlantis who bore him many sons, the oldest of which was named Atlas. So, despite the many other location prospects presented by others as more likely sites, the ancient story clearly places the location of the Atlantean culture in the Atlantic Ocean somewhere west of the Strait of Gibraltar. The Atlantean's are described as a naval power that also possessed flying machines. Also, here's another consideration.

When the Sea Saved Humanity With the global population of humans currently approaching seven billion, it is difficult to imagine that Homo sapiens was once an endangered species. Yet studies of the DNA of modern-day people indicate that, once upon a time, our ancestors did in fact undergo a dramatic population decline. Although scientists lack a precise timeline for the origin and near extinction of our species, we can surmise from the fossil record that our forebears arose throughout Africa shortly before 195,000 years ago. Back then the climate was mild and food was plentiful; life was good. A detailed record of Africa’s environmental conditions during glacial stage 6 does not exist, but based on more recent, better-known glacial stages, climatologists surmise that it was almost certainly cool and arid and that its deserts were probably significantly expanded relative to their modern extents. Select an option below: Customer Sign In

Ancient City Found in India, Irradiated from Atomic Blast Radiation still so intense, the area is highly dangerous. A heavy layer of radioactive ash in Rajasthan, India, covers a three-square mile area, ten miles west of Jodhpur. Scientists are investigating the site, where a housing development was being built. For some time it has been established that there is a very high rate of birth defects and cancer in the area under construction. The Mahabharata clearly describes a catastrophic blast that rocked the continent. "A single projectile charged with all the power in the Universe…An incandescent column of smoke and flame as bright as 10,000 suns, rose in all its splendor…it was an unknown weapon, an iron thunderbolt, a gigantic messenger of death which reduced to ashes an entire race." A Historian Comments Historian Kisari Mohan Ganguli says that Indian sacred writings are full of such descriptions, which sound like an atomic blast as experienced in Hiroshima and Nagasaki. Archeological Investigation provides information Bibliography 1. Backlinks

UFOs & Astronaut Dr. Edgar Mitchell "Make no mistake, Roswell happened. I've seen secret files which show the government knew about it — but decided not to tell the public." — Ed Mitchell FORMER astronaut Edgar Mitchell is one of only 12 people to have walked on the moon. A highly-intelligent scientist, Edgar caused a sensation at a UFO conference in America this month when he claimed he has seen proof that aliens exist. In 1971, Edgar became the sixth person to walk on the moon. In an exclusive interview from his Florida home, Edgar told John Earls why he is convinced there is life on other planets and that aliens have, in fact, landed on Earth. "I AM an American astronaut and a trained scientist. The American government and governments throughout the world have thousands of files of UFO sightings which cannot be explained. As a former astronaut, the military people who have access to these files are more willing to talk to me than to people they regard as mere cranks. Make no mistake, Roswell happened.

Mystery at Abydos - Hall of Gods In 1848, an archaeological expedition working in Egypt discovered strange hieroglyphs on a ceiling beam at an ancient temple in Abydos, several hundred miles south of Cairo. The hieroglyphs were carefully copied and brought back to Europe. The mysterious images gave rise to heated debate amongst Egyptologists. Eventually, however, they were dismissed as bizarre objects that nobody could adequately explain and were forgotten. In the mid 1990's photographs and videos, taken primarily by tourists who had visited Abydos, began to appear on the internet. Not surprisingly, perhaps, the ancient high-tech machinery glyphs have been dismissed out of hand by modern Egyptologists. Re-carving of inscriptions was a common phenomenon in ancient Egypt. Recently, the respected Arab newspaper 'Al-Sharq Al-Awsat' published several photographs taken at another Egyptian temple, the Amon Ra Temple in Karnak. See also: Who Built the Great Pyramid?

Researchers Discover New Lineage of Ancient Human DNA from a 40,000-year-old human finger bone found in a Siberian cave points to a new lineage of ancient human, researchers report today. The find—the first made with genetic, not fossil evidence—suggests that Central Asia was occupied at that time not only by Neandertals and Homo sapiens but also by a third, previously unknown hominin lineage. "This is the most exciting discovery to come from the ancient DNA field so far," says Chris Tyler-Smith, a geneticist at the Wellcome Trust Sanger Institute in Hinxton, United Kingdom. The work complicates the human story once again, much as the discovery of the controversial H. floresiensis—a.k.a. the hobbit—has upset earlier and simpler views of early human migrations around the globe. A team led by archaeologists Michael Shunkov and Anatoli Derevianko of the Russian Academy of Sciences in Novosibirsk found the finger bone in 2008 at Denisova Cave in Russia's Altai Mountains. But who was this mystery hominin?

Who Built Great Pyramid? - Hall of Gods Egyptologists would have us believe that the Great Pyramid and its two sister pyramids were built in the early dynastic period of the Old Kingdom, about 4,600 years ago. Looking at the evidence objectively, however, their case is far from clear cut. In his book ‘The Phoenix Solution’ (1998), Alan Alsford claimed that much of the evidence for the 4th dynasty origin of the Giza Pyramids and Sphinx actually pointed to an adoption scenario, rather than construction of the monuments during that time period. Thus, according to this theory, the Egyptian pharaohs Khufu and Khafre adopted the Great Pyramid, the Second Pyramid and the Sphinx, rather than built them. In addition to renovating these structures, they and their successors built the causeways which ran between the mortuary and valley temples, and the smaller pyramids and masteba. The authenticity of the workmen's graffiti in the Great Pyramid is questionable. Article continues: Legends and Records