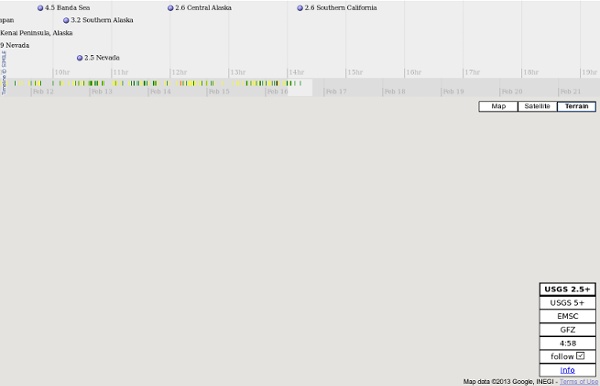 UFOs Disclosed - Unidentified Flying Objects Revealed Magnitude 9.0 - NEAR THE EAST COAST OF HONSHU, JAPAN Earthquake Summary Earthquake Summary Poster Felt Reports At least 15,703 people killed, 4,647 missing, 5,314 injured, 130,927 displaced and at least 332,395 buildings, 2,126 roads, 56 bridges and 26 railways destroyed or damaged by the earthquake and tsunami along the entire east coast of Honshu from Chiba to Aomori. Tectonic Summary Versión en Español The magnitude 9.0 Tohoku earthquake on March 11, 2011, which occurred near the northeast coast of Honshu, Japan, resulted from thrust faulting on or near the subduction zone plate boundary between the Pacific and North America plates. The location, depth, and focal mechanism of the March 11 earthquake are consistent with the event having occurred on the subduction zone plate boundary. The Japan Trench subduction zone has hosted nine events of magnitude 7 or greater since 1973. The March 11, 2011 earthquake far surpassed other post-1900 plate-boundary thrust-fault earthquakes in the southern Japan Trench, none of which attained M8.

AnonymousFO.com UFO Sightings Report - A new approach to the question of UFOs. Welcome to UFO Sightings Report We provide new tools for looking at and interacting with reports of UFO sightings and open up communication between website members and witnesses. We want to let the community decide which reports are the most interesting. Report If you've seen a UFO - something in the sky that could not reasonably be identified - you can report a UFO here . You can use our tools to see if anyone else reported the same event or something similar. Explore Information SightingsReport gathers the basic information for UFO sightings from multiple sources to provide the most complete picture of UFO reports. Interact Vote. Comment. Alerts. Follow. Community This website is community supported. Connect Sign up as a website member and you will get our weekly email UFO summary newsletter. Watch our blog ! Join in the Community !

NASA AND PLANET X Researcher, Cristian Negureanu, sent this explanation for the interest in Planet X or Nibiru. The real cause of climate changes, volcanoes activity, intensification of the seismic activity etc., is the planet Eris’s getting closer to our solar system, intermediary named 2003 – UB – 313, and known in Antiquity under various names as: Nibiru, Marduk, Nemesis, Hercolubus, the Gods Planet, the Planet of the Empire, the Planet of the Cross or the Red Planet. Below is a short record of the first (recent) contacts with Eris: First observed on October 21, 2003 using the 1.22 Oschin telescope, at Mount Palomar Observatory ( California ). Discovered by Michael E. Furter observations published in October 2005 have shown a satellite named Dysnomia (Gabriel). The planet Eris/ Nibiru periodically getting closer to Earth once in 3,600 years generates numerous climate changes, one being the global warming with its natural consequence – the melting of the glaciers. The number of its satellites.