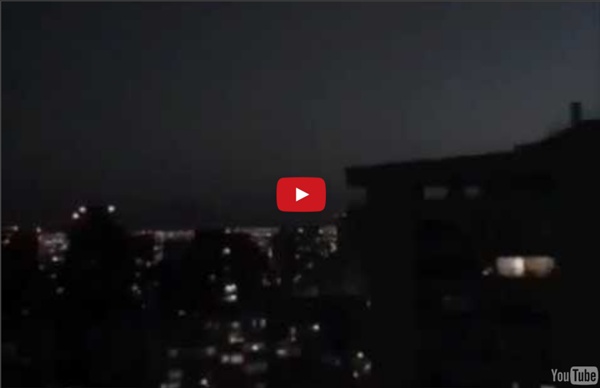 Apollo Astronaut Says 'UFOs Are Real' Apollo Astronaut Admits 'The Alien Threat Is Real' On UK Radio Show Dr. Edgar Mitchell, the sixth man to walk on the Moon during the Apollo project, recently appeared on a UK radio show where he claimed that aliens are real and that people at NASA has know this for many years. Radio DJ, Nick Margerisson, of Kerrang! Radio, could not believe his ears as Mitchell openly discussed the subject on his radio show on 22nd of July, 2008. Here is the complete transcript of the show. Broadcast on: The Night Before with Nick Margerrison, Kerrang! Nick Margerrison :Do you believe in life on other planets? Dr Mitchell: Oh yes there’s not much question at all but there’s life throughout the universe, we’re not alone in the universe at all N – You’re convinced that we’re not alone in the Universe? DM- Oh I know for sure that we’re not alone in the Universe. N - Woah. DM – Well I’m sorry have you not been reading the papers recently, its starting to open up quite a bit. N – So you believe the whole deal

TheAFOFiles In accordance with Title 17 U.S.C. Section 107, this video is distributed without profit to those who have expressed a prior interest in receiving the included information for research and educational purposes. Iv put a lot of effort into researching each case in this video, however nobody's perfect, and there are bound to be a few videos in here that have been debunked or proven fake. I have contacted the majority of the channels (My message system has been messing up AGAIN this last week, so i'm sorry if you haven't received a message!) Videos used listed below Music Used - 1st song Time by Hans 2nd song - Dream Is Collapsing by Hans Piano version of 3rd song - Merry Christmas Mr. UFO Sighting Over Denbigh, Whales, Pulsating Portal UFO Hovering In Mid Air Over

‘Deathbed Testimony’ About UFOs Given By Former CIA Official (Interviewed by Richard Dolan) Video testimony by an anonymous alleged former CIA official was shown at the Citizen Hearing on Disclosure at the National Press Club in Washington, DC on Friday, May 3. UFO author and historian Richard Dolan interviewed “Anonymous” on March 5, 2013. Facing impending kidney failure, this individual felt compelled to disclose secret information he feels is too important to keep secret. In the video, he claims to have served in the U.S. “Anonymous” alleges that, after an invasion threat from President Dwight Eisenhower, he and his superior at the CIA were allowed inside the secretive Area 51 in Nevada to gather intel and report back to the president. This testimony will be included in an upcoming documentary titled Truth Embargo. Tags: extraterrestrials, Richard Dolan, Rosewell crash, UFO disclosure

EXCLUSIVE: Watch what could be the most bizarre UFO footage you will EVER see | Weird The strange video, said to have been captured in Graz, Austria, in February last year was sent to the world's biggest UFO investigation organisation for analysis just yesterday. The unnamed cameraman is visibly shocked as he records the bright glowing objects from a garden. He says: "What the f•••" in English before stuttering a sentence in Austrian. In the short clip the two bright orbs, which appear to have a tail fly towards each other and just miss, before flying closely around each other and then together. They eventually move together and appear to merge before completely fading out of shot. In a very brief report, to the Mutual UFO Network (MUFON) which investigates sightings across the globe from its US base, the unnamed witness said: "No Noise Burning Flame... Strange." The footage has been picked up by UFO websites and the video has already been shafred hundreds of times. Viewers of the video on YouTube have spoken at their shock. And translated from Polish, Konrad Pawe?

Alien Monolith Found On Saturn's Moon Iapetus? Alien Monolith Found on Saturn's Moon Iapetus? posted by Hybrid Spread the Word: In the deep reaches of our solar system, 40,000 kms away, orbiting the planet Saturn - exists a moon with a most interesting feature. The moon is Iapetus. This planetary body that defies what we know about moons & planets. The magnitude of this 20 KM high equilateral ridge is almost beyond comprehension. Here on Earth, Mt. Clarke's Alien Monolith Prediction Author of the 1968 "2001: A Space Odyssey", Arthur C. Did Arthur C. Extraterrestrial Particle Accelerator On Earth, the Large Hadron Collider in Switzerland has a 16-mile tunnel making it the largest particle accelerator ever built (that is, the largest declassified particle accelerator ever built). This $8 billion project is an enormously powerful particle accelerator capable of smashing subatomic particles together, reproducing the energies that existed a fraction of a second after the big bang. The Dynamics That Could Cause this Solar System Freak Show

Strange Alien Structures on Eros And Miranda! Whodunit? +35 more posted on Jul, 17 2008 @ 04:05 AM There is a belief that many of the moons/asteroids in the Solar System are alien bases! Few may have ventured beyond the moons of Saturn and seen the most puzzling moon of Uranus - Miranda. Eros Note that Eros is a Mars-crosser asteroid and was the first asteroid that was known to come within the orbit of Mars. Courtesy: NASA/JPL Now let's see what it probably resembles: Enlarged... Considering the shadows and contour, this is what comes up by deduction through computer simulation... Courtesy: Artvision Yves Vaillancourt Miranda Miranda is the smallest and innermost of Uranus' five major moons. Courtesy: Astrosociety Notice the domed objects over the surface having distinct shadows underneath giving the impression of structures made above surface level. Now check out the shiny rectangular structure in the middle of the three formations in the image below: It is 16 km in height and about 4 km in width!! Sourced from: Astrosociety Cheers!

Mystery sounds decoded? NWO testing masses with Mind Control-Vibration Tech for Global Slavery? A large group of scientists all over the world are suddenly interested in a subterranean place called Malta's Hypogeum Hal Saflieni. The Hypogeum of Paola Malta literally meaning "underground" in Greek, is a subterranean structure dating to the Saflieni phase (3000-2500 BC) in Maltese prehistory. Thought to have been originally a sanctuary, it became a necropolis in prehistoric times and the remains of more than 7,000 individuals have been found. It is the only known prehistoric underground temple in the world and was discovered by accident in 1902 when workers cutting cisterns for a new housing development broke through its roof. The underground temple has three levels. The oracle room on the second level has the peculiarity of producing a powerful acoustic resonance from any vocalization made inside it. Find out why and hear the sounds for yourself - the very sounds heard at 110 Hz which create mind control!

Extraterrestrial Mummy Found In Egypt Some online sources said that this is a species-being for its fur and reptilian traits that characterize them, such as their eyes, too large and oval shaped. Inscriptions on the tomb of the mummy showed that the king was a counselor named Osirunet, meaning star or sent from heaven. ” The mummified body was buried with great respect and care, accompanied by a number of strange objects far from the archaeological museum managers can not identify. According to Egyptian sources, the alien mummy was discovered by Dr. Viktor Lubek, Czechoslovakian citizen and retired professor of the University of Pennsylvania. Archaeologist located the hidden compartment while conducting an investigation into a small pyramid south of the main pyramid, Senusret II, which contains the queen of the pharaoh. At the site also found some gold and clay mixtures covering the body, and traces of cloth linen like appearance, the skin covering the enigmatic being.

People Traffickers Make Billions in Mediterranean Video Mass Grave Exposes Entrenched Trafficking in Thailand Police in southern Thailand have found two more camps believed to have held human trafficking victims -- one containing a buried skeleton. Russia's 'Victory Day' Glory Over Nazis Overshadowed by Ukraine ussia is preparing to commemorate the 70th anniversary of the end of World War II, known since the Soviet era as “The Great Patriotic War,” with a massive parade on May 9th of military hardware and millions of medals handed out to veterans or their relatives. WWII Anniversary Brings Old Friends and New Worries The 70th anniversary of the end of World War II has special significance, with Russia becoming more assertive in Ukraine and sending its military planes to the edges of western countries’ airspace. Abraham Lincoln Funeral Re-created for 150th Civil War Anniversary Over the last four years, commemorative events to mark the 150th anniversary of the U.S. Campaign Raises Money to 'Uncuff' Journalists