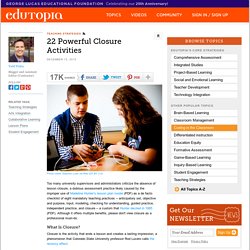 Although it offers multiple benefits, please don't view closure as a professional must-do. What Is Closure? Closure is the activity that ends a lesson and creates a lasting impression, a phenomenon that Colorado State University professor Rod Lucero calls the recency effect. Teachers use closure to: Check for understanding and inform subsequent instructionEmphasize key informationTie up loose endsCorrect misunderstandings Students find closure helpful for: Creative Closure Activities. The cost of getting lean: Is it really worth the trade-off? 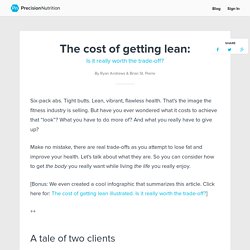 Tight butts. Lean, vibrant, flawless health. That’s the image the fitness industry is selling. But have you ever wondered what it costs to achieve that “look”? What you have to do more of? Make no mistake, there are real trade-offs as you attempt to lose fat and improve your health. Breaking Brick Stereotypes: LEGO Unveils a Female Scientist. The views expressed are those of the author and are not necessarily those of Scientific American. 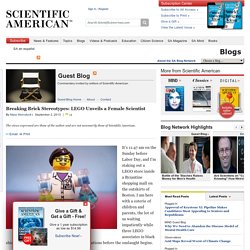 Simon Sinek: Why Leaders Eat Last. 18 Reasons You're Not Losing Weight. Despite your best efforts, are you confused about why you aren’t losing weight? 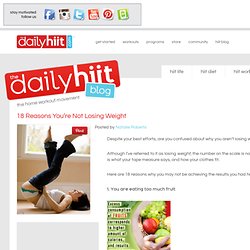 Why muscles make good medicine. Muscle: important at every age. 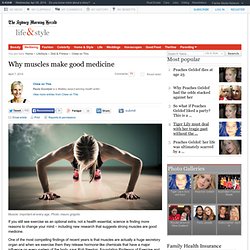 Photo: mauro grigollo If you still see exercise as an optional extra, not a health essential, science is finding more reasons to change your mind – including new research that suggests strong muscles are good medicine. One of the most compelling findings of recent years is that muscles are actually a huge secretory organ and when we exercise them they release hormone-like chemicals that have a major influence on every system of the body, says Rob Newton, Foundation Professor of Exercise and Sports Science at Western Australia’s Edith Cowan University.

"Doing aerobic exercise and ignoring strength exercises is like remembering to change the oil in the car but ignoring the transmission fluid. " The effects of these chemicals – called myokines - include reducing the low level inflammation in the body thought to contribute to heart disease, type 2 diabetes and Alzheimer’s – and possibly working as tumour suppressants. A Woman's Journey of Strength: How Lifting Changed My Life Forever. Note from TG: Today I have a special weekend edition post from fitness & lifestyle coach, and writer, Neghar Fonooni. 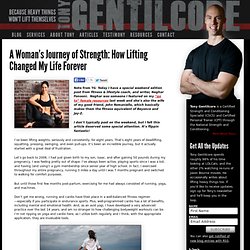 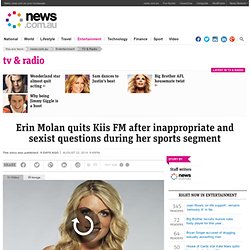 Courtesy: Kiis FM Richmond coach Damien Hardwick addresses the media after his side's 68-65 victory over the Sydney Swans. Is what is potentially the worst, and definitely most baffling call by and NRL referee this year, Matt Gillett was sin binned by Ben Cummins for apparently being offside, but we will let you be the judge of that one. Fremantle have nailed down a vital top four spot ahead of the AFL finals, resisting a late Port Adelaide fightback to win 105-97 at Paterson's Stadium. Heavy strikes were carried out in the center of Donetsk city on August 29 as pro-Russian separatists in control of the city traded fire with government forces. 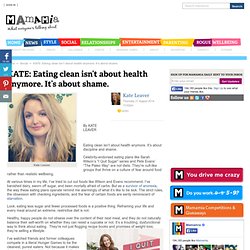 By KATE LEAVER Eating clean isn’t about health anymore. Women at the snow: We're not just eye candy. With female stars performing like Torah Bright, why aren't women given equal prominence in the snow media? 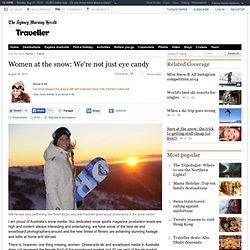 Scientists Find Area Of The Brain That Motivates Us To Exercise. Scientists have discovered a tiny region of the brain that controls a mouse’s desire to run and join in on other rewarding activities. 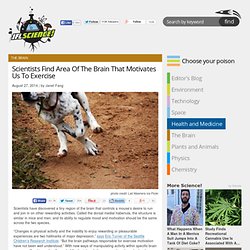 Called the dorsal medial habenula, the structure is similar in mice and men, and its ability to regulate mood and motivation should be the same across the two species. “Changes in physical activity and the inability to enjoy rewarding or pleasurable experiences are two hallmarks of major depression,” says Eric Turner of the Seattle Children’s Research Institute. “But the brain pathways responsible for exercise motivation have not been well understood.” With new ways of manipulating activity within specific brain areas -- without impacting the rest of the brain’s activity -- researchers hope to develop more targeted, effective treatments for depression.