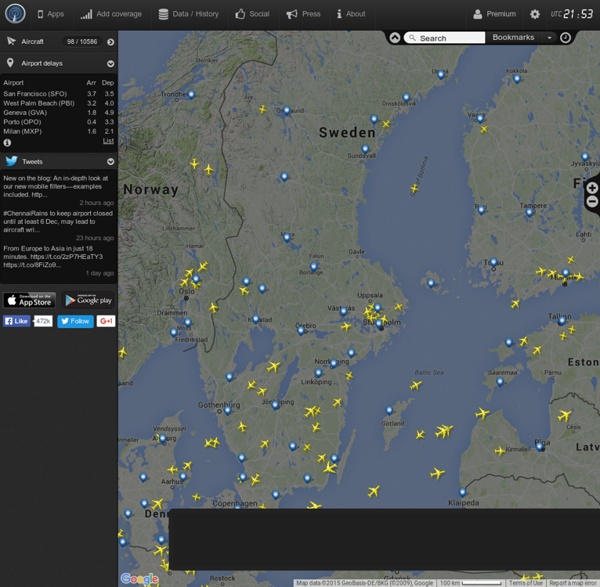 Toponymy - Wikipedia, the free encyclopedia - Waterfox Toponymy is the study of place names (toponyms), their origins, meanings, use and typology. Etymology[edit] The word "toponymy" is derived from the Greek words tópos (τόπος) ("place") and ónoma (ὄνομα) ("name"). Toponymy is itself a branch of onomastics, the study of names of all kinds.

Mapping the world at war An interactive map highlights the shocking number of ongoing conflicts around the world While a handful of conflicts dominate international newswires, a host of bloody, unresolved wars continue to be played out across the globe to devastating human cost, underreported and, in certain instances, largely unnoticed by the wider world. These might not be seismic geopolitical events of the magnitude of the ongoing conflict in Syria, nor generally have Anglo-American interventions in the conflict zone to pique the interest of the international media. But the devastation they have wrought has been just as shocking. A new interactive map, compiled by humanitarian news agency IRIN, charts the spread of conflicts across the globe. Each conflict is represented on the map by a red dot, the size of which is determined by the length of the ongoing war.

Syria More information about Syria is available on the Syria Page and from other Department of State publications and other sources listed at the end of this fact sheet. The United States established diplomatic relations with Syria in 1944 following U.S. determination that Syria had achieved effective independence from a French-administered mandate. Syria severed diplomatic relations with the United States in 1967 in the wake of the Arab-Israeli War. Relations were reestablished in 1974. Syria has been on the U.S. list of state sponsors of terrorism since the list's inception in 1979. Because of its continuing support and safe haven for terrorist organizations, Syria is subject to legislatively mandated penalties, including export sanctions under the Syrian Accountability Act and ineligibility to receive most forms of U.S. aid or to purchase U.S. military equipment.

What Female Disney Characters Might Look Like in Real Life «TwistedSifter Mar 17, 2012 Jirka Väätäinen is a Finnish designer and photographer currently studying graphic design at the Art University College at Bournemouth. His series on Behance titled Envisioning Disney Characters in “Real Life” is one of the most ‘appreciated’ (think of it as a Like on Facebook) projects of all time on Behance with 14,528 thumbs up at the time of this posting.

Lev Manovich The Database Logic After the novel, and subsequently cinema privileged narrative as the key form of cultural expression of the modern age, the computer age introduces its correlate - database. Many new media objects do not tell stories; they don't have beginning or end; in fact, they don't have any development, thematically, formally or otherwise which would organize their elements into a sequence. Instead, they are collections of individual items, where every item has the same significance as any other. Why does new media favor database form over others? Gift tax in the United States - Wikipedia, the free encyclopedia - Waterfox When a taxable gift in the form of cash, stocks, real estate, or other tangible or intangible property is made, the tax is usually imposed on the donor (the giver) unless there is a retention of an interest which delays completion of the gift. A transfer is completely gratuitous, where the donor receives nothing of value in exchange for the given property. A transfer is gratuitous in part, where the donor receives some value but the value of the property received by the donor is substantially less than the value of the property given by the donor. In this case, the amount of the gift is the difference. In the United States, the gift tax is governed by Chapter 12, Subtitle B of the Internal Revenue Code.

US Passport Renewals Information Applying for a US Passport renewal is much easier than getting a new passport because there are fewer documents to submit and you can send the application by mail. You are not required to appear in person unless you need to travel in less than 2 weeks and want to get the process expedited at a regional processing agency. Getting your passport renewed fast is essential if your departure date is within 30 days, especially if you need to obtain a travel visa. You can get expedited service by mail in up to 3 weeks or submit the renewal form at a regional center for faster service. An alternative for individuals who have difficulty scheduling an appointment or are unable to travel to an agency is to use the services of an experienced expediter.