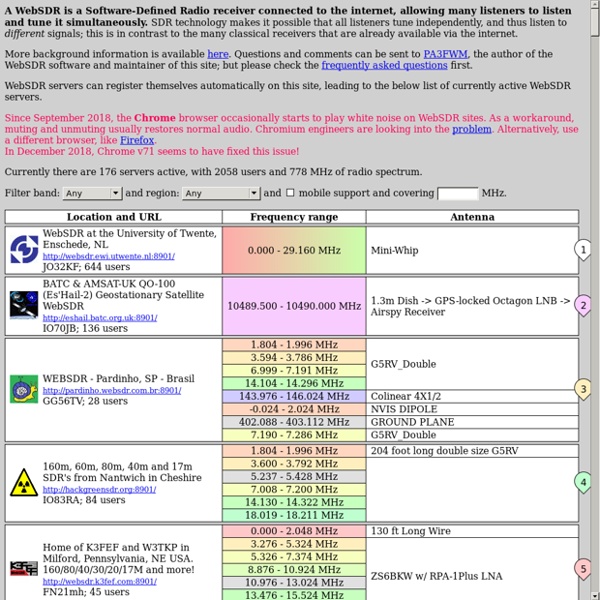 pe1nnz.nl.eu.org: Direct SSB generation by frequency modulating a PLL The following code can generate SSB modulation just by controlling a PLL carrier. I have applied this method on the RapsberryPi PLL, and made several contacts on 40m and 20m band with my RaspberryPi. I will explain the principle in more detail, later. The original idea is depicted here: The original idea (as seen above) was to implement a complete SSB modulator and demodulator with software in a ATTINY45 micro-controller chip and a AD9834 as DDS. The software samples microphone signal with ADC and then derives the amplitude and phase of the audio signal. To proof this idea is working, I implemented the algorithm on a RaspberryPi. The PLL oscillator can be phase modulated by short manipulations of the configured frequency. The amplitude signal can be applied by changing the drive-strength of the GPIO4 port, which has 8 levels with a dynamic range of about 13 dB. The RaspberryPi receives the Microphone input via an external USB sound device.

Five Band Indoor Magnetic Loop Aerial by G4IZH | QRZ Now – Amateur Radio News This aerial covers the 20, 17, 15, 12 and 10 metre bands and is made from a single 3 metre length of 22 mm copper tube cut into 4 pieces of equal length and joined in the corners with 90 degree elbows. Some plumbing skills are required here as you will need to use a blow torch with plumbers solder paste and solder so do not attempt this part if you do not have the required confidence and equipment. The pictures below show the full story at each stage of construction. The wide spaced tuning capacitor being used is a very old 200pF + 200pF type but the fixed vanes are connected in series, the moving vanes will not be connected at all therefore the capacitance can can be varied from about 7pF min to 100pF max. The tuning capacitor is driven by a geared down motor which produces 2 rpm at 12 volts. I believe MFJ are the only commercial manufacturers of these but they are VERY expensive! XW1IC Laos by E21EIC The History of Coaxial Cable Ham College Episode 6

How to Make a $19 Police Scanner Please use the information in this guide responsibly. Demo Video In this guide I will be using a Newsky TV28T v2 with a RTL2832U & R820T tuner. SDRSharp Quick Start Guide: Digital Speech Decoder (DSD) Install Tutorial: Digital Speech Decoder (DSD) Guide: Install Drivers Download and extract Zadig (you will need a program like WinRAR or 7-Zip). Next to Driver it should now say WinUSB and the version number. Install SDRSharp Download the modified SDRSharp package and extract it. If you like you can test to make sure your radio is working properly. Virtual Audio Cable Install Virtual Audio Cable as it is required to route the audio out from SDRSharp into DSD. Windows Sound System Configuration DSD uses the Windows default recording device as an input. Install Cygwin Install Cygwin using all of the default settings.

Ham Radio Maps - CQ zone, ITU zone, Grid Locator, ARRL RAC Section, Overlay, Great Circle, Lighthouse, Callsign Prefix Whilst surfing around on the Internet, I soon noticed a lack of maps for hams, so decided to correct this by producing a set of my own that were easy to read, big enough to be useful, quick to download, and consistent in style and format. All these items are free for private use, but cannot be sold, traded, or used commercially. All graphics have hidden bit-pattern watermarking, for future identification in case of fraud. You can include one or more of them on your own website, with my permission. Permission will be granted providing that : They are not edited.The (c) EI8IC logo is not removed.You tell me where they are being used.You provide a link back to this site on the same page as the map appears. Information about linking to this site, and a number of graphics and banners that you can use, will be found HERE.

WWII Aircraft Radio Roars To Life: What It Takes To Restore A Piece Of History I’ve been told all my life about old-timey Army/Navy surplus stores where you could buy buckets of FT-243 crystals, radio gear, gas masks, and even a Jeep boxed-up in a big wooden crate. Sadly this is no longer the case. Today surplus stores only have contemporary Chinese-made boots, camping gear, and flashlights. There I found a unicorn of historical significance; an un-modified-since-WW2 surplus CBY-46104 receiver with dynamotor. My unconventional restoration of this radio followed strict rules so as to minimize the evidence of repair both inside and out yet make this radio perform again as though it came fresh off the assembly line. A Flavor of Radio for Every Need The list of radio systems installed into WW2 aircraft goes on and on, even more so for special aircraft like night fighters which depended entirely on radio navigation and radar systems to fly their missions and jamming aircraft who’s purpose was to hide fleets of bombing aircraft or invasions of coastal territories.

RDS reception using SDR Radio Data System reception using Software Defined Radio. I'm returning to SDR investigations. Why - what's new? Hardware is getting cheaper. There's growing interest in SDR. There seems to be many ways of doing SDR! My Approach (this year) Use GRC (GNU Radio Companion) Focus on the end to end path of SDR hardware to reception of RDS data received from a broadcast FM transmitter. Last year I proved to myself that C# had enough poke to process real time radio frequency signals. An End to End Overview The RF hardware uses an Ezcap USB 2.0 DVB-T stick An old dual core computer hosts the Ubuntu Operating System that runs GNU Radio Companion (GRC) Use GRC to implement the VHF broadcast receiver to RDS data sub-carrier conversion TCP/IP link from Ubuntu to another computer running Windows7 Windows7 .NET RDS data recovery and simple (and very dirty!) What this page is not I'm documenting my discoveries for others to follow and/or ignore. The Pictures A picture says a 1000 words... Notes Ubuntu Links