Humpback Whale Shows AMAZING Appreciation After Being Freed From Nets 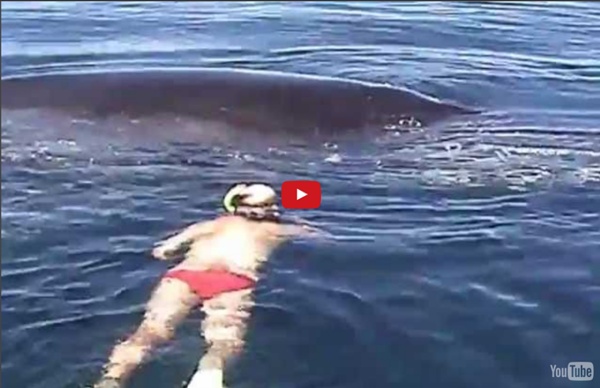 Zen Table by Simon Hallam Imagine a Japanese Zen Garden built into a beautifully-crafted, glass-topped table. The body of the table encapsulates electronics and robotics, that sculpt geometric patterns and images into a field of microscopic silicone beads beneath a glass top. The effect is mesmerizing and magical; it is truly Zen-like to watch ever-changing patterns and images appear in the sand. Gray whale dies bringing us a message — with stomach full of plastic trash! July 29, 2013, a sperm whale was stranded on Tershelling, a northern island in the Netherlands. A rescue attempt was attempted, but unfortunately the whale died. A young adult at 13.5 meters was taken for a necropsy at the port of Harlington. The sperm whale had plastic in its stomach, an increasing common phenomenon say researchers at the Biodiversity Centre Naturalis.

This Weird, Massive Tower May Be the Future of Energy in the U.S. The news: The country's largest freestanding structure will soon start construction — and it's going to be a solar-wind tower. Projected to reach 2,250 feet, it will be considerably taller than other American landmarks like the 1,454-foot Empire State Building. Designed by Maryland-based Solar Wind Energy Tower Inc., the solar-wind hybrid facility just secured funding to build its first model, which is projected to stand near San Luis, Ariz., by 2018. How it works: A network of sprayers emits a fine mist of water droplets over the upper lip of the structure; the mist subsequently evaporates, absorbing the ambient heat of the surrounding atmosphere (that's the solar component).

10 Incredible Photos of Animals In the Womb Elephant "A womb is the actual place where one takes birth, where the life begins from. Here are 10 incredible photos of different animals when they were in the womb! The ocean is broken A Newcastle sailor's trip across the Pacific Ocean after the Japan tsunami was frighteningly similar to a nightmare. See your ad here Debris on a Balinese beach. Pic: Jason Childs Ivan Macfadyen aboard the Funnel Web. Picture by Max Mason-Hubers Lifeguards clean a Balinese beach in January 2014. Pic: Jason Childs Marine debris in Port Honduras Marine Reserve, Belize.

Death Valley’s moving rocks caught in the act One of Death Valley’s most enduring mysteries has been solved by what one researcher called “the most boring experiment ever.” For decades, people have puzzled over Racetrack Playa, where hundreds of rocks weighing as much as 700 pounds roam across the surface of the dry lake bed, leaving meandering tracks hundreds of yards long. Researchers have investigated the phenomenon since the 1940s, but all they ever produced was speculation. No one ever actually saw the rocks move.