Overcome Creative Block with These 5 Exercises. At some point in many creative people’s lives, forward momentum sputters to a halt. 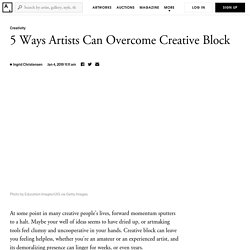 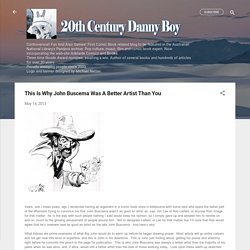 Henri Matisse on How to Be an Artist. In January 1941, the 72-year-old Matisse returned from a doctor’s visit with an ominous diagnosis: duodenal cancer. 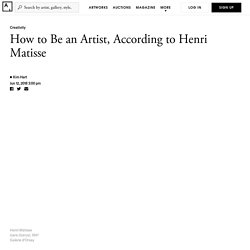 Though the surgery to remove the rare intestinal cancer ended up saving his life, the elderly artist nearly died from complications. Afterwards, he had to spend his remaining years in bed, or in a wheelchair. But rather than let his bedridden state mark the end of his creative output, though, Matisse saw it as an opportunity for new beginnings. He reorganized his bedroom so that everything he needed to make art was within reach: a bedside table with drawers containing art supplies; a revolving bookcase holding classics and dictionaries; and a wooden board placed atop his knees, on which he made sketches and sculptures. About Me - Stanislav Prokopenko - Russian Fine Art Painter. I was born in Odessa, Ukraine and came to America at the age of six. 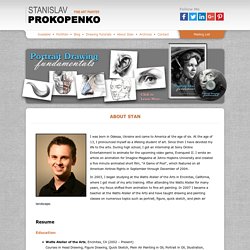 At the age of 13, I pronounced myself as a lifelong student of art. Since then I have devoted my life to the arts. Dattaraj Kamat.

FIGURE DRAWING. REFERENCE. ON LINE COURSES. Everything You Need to Know About the Golden Ratio. What do the ancient Greeks, Salvador Dali, and modern graphic designers have in common? 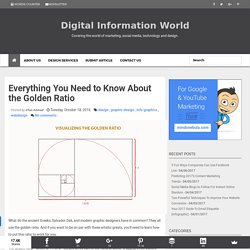 They all use the golden ratio. And if you want to be on par with these artistic greats, you'll need to learn how to put this ratio to work for you. The golden ratio—which is 1:1.618—occurs on its own in the natural world. It appears everywhere from nautilus shells to the human face. But people didn't start harnessing its power until a mathematician named Fibonacci created the sequence of numbers that describes the ratio. Old master drawings, construction, synthetic form and Glenn Vilppu.

Realism vs construction(a guide to choosing the right art education) This will be an attempt to outline and describe the basic renaissance system of construction, as it was taught by the russian master Boris B. 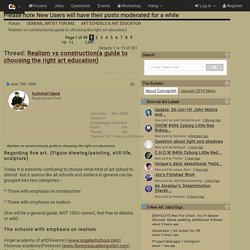 Kazakov.I thought this thread could be a good way of students of different schools to share their ideas and perhaps outline aspects of their system. I spent one year in a school that only had this basic renaissance system. My instructors were all students of Boris. - (it's in English) and please judge student works lightly - they were done by ½ to 1 year students.

I have images of work done by more advanced students who whent on to study with Boris in Skt. Pencil and Charcoal Drawings - Fine Art. Digital Art Ressources and Inspiration for Artists - I.A. Magazine. Learning In The Flesh: Why Disney Sends Its Animators To Life Drawing Classes. Since 1932, Disney has been the only entertainment studio to continue an unbroken tradition of offering free life drawing classes for its artists within its studios. 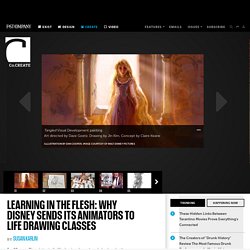 The idea is that understanding and capturing the anatomy and sense of motion from a live model improves animated drawings and gestures. In the ensuing decades—while other animation and visual effects studios in the U.S. and Europe intermittently followed suit, pending budgets—Disney’s classes have not only continued unabated, but expanded beyond features to its TV animation, theme park, consumer products, and straight-to-DVD divisions. Becoming an Artist Blog - InPursuitOfArt - Concept Art, Illustration, Visual Development & Becoming an Artist Blog by Volen CK. Art is War Everyone can walk the path, but not everyone will. 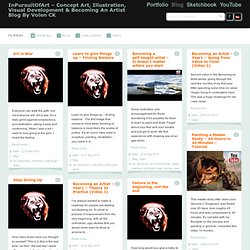 Art is war. It’s a daily grind against complacency, procrastination, taking it easy and conforming. When I was a kid I used to love going to the gym. I loved the feeling… Read more › Learn to give things up – Finding Balance Learn to give things up – finding balance The first image that comes to mind when thinking of balance is most likely the scales of justice. Becoming a self-taught artist – It doesn’t matter where you start. A blog about drawing, painting, illustration, comics, concept art and other visual arts. 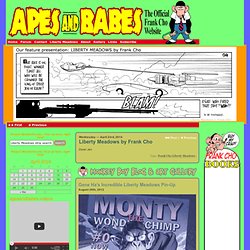