When asked, he tossed out an estimate for his take from sales of the app, a simple program that shows train schedules: “$1 to $2 per day.” The room erupted with laughter. Letter From Silicon Valley: Doing the Math on Android vs. Apple. If you live in the Silicon Valley echo chamber, nothing has been hotter lately than the Android/iPhone smackdown.

It’s been an amazing year so far for Apple. It introduced the iPad and a new iPhone, and the company can’t make either device fast enough to satisfy demand. It’s been an equally impressive year for Google’s Android, however. Last week Google reported that Android was in 40 countries and on 40 carriers. It said the Android App store now had in excess of 75,000 offerings, and it repeated an astonishing statistic first offered up in June: 160,000 Android smartphones were being activated each day. The Problem With iPhone Killers… Here we are again. 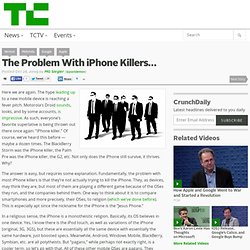 The hype leading up to a new mobile device is reaching a fever pitch. Motorola’s Droid sounds, looks, and by some accounts, is impressive. As such, everyone’s favorite superlative is being thrown out there once again: “iPhone killer.” Admob data – Android making great progress. Data out from Admob’s regular report on mobile web activity derived from data on where their ads are shown shows that 10% of smartphone web requests now come from Android devices (see the chart below). 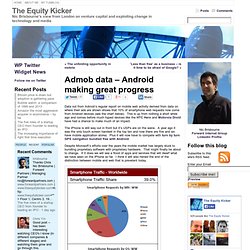 This is up from nothing a short while ago and comes before much hyped devices like the HTC Hero and Motorola Droid have had a chance to make much of an impact. The iPhone is still way out in front but it’s USPs are on the wane. A year ago it was the only touch screen handset in the top ten and now there are five and six have mobile application stores. Plus it will now have to compete with turn by turn GPS navigation bundled free with Android. iPhone games that charge to keep playing. iPhone game download prices have been steadily decreasing over the last year and since Apple allowed developers to charge for in-game transactions on free to download apps the trend towards free has accelerated. 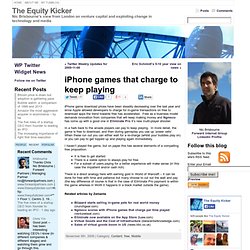 Free as a business model demands innovation from companies that will keep making money and Ngmoco has come up with a good one in Eliminate Pro it’s new multi-player shooter. In a hark back to the arcade players can pay to keep playing. The Droid fails AS A PRODUCT when compared to Palm Pre and iPhon. So, the hype got to me. 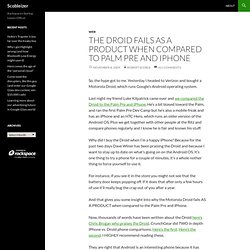 Verizon Droid Sells 100,000 Units At Launch. As with anything else, the proof will be in the numbers. 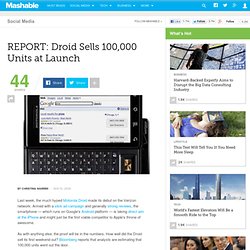 How well did the Droid sell its first weekend out? While Rivals Jockey For Market Share, Apple Bathes In Profits. Market share is probably the easiest and most often used point of comparison between competing products. 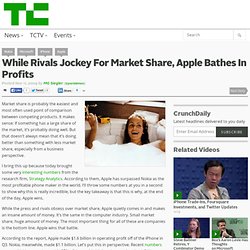 It makes sense: If something has a large share of the market, it’s probably doing well. Why I disagree with @Arrington about Droid. Mike Arrington, founder of the famous and influential TechCrunch blog, and I totally disagree about the Motorola Droid and whether or not it’s a great product or not. 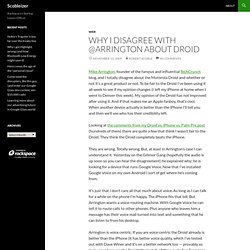 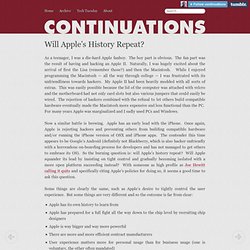 As a teenager, I was a die-hard Apple fanboy. Ray Ozzie is wrong about smartphone apps. Microsoft exec Ray Ozzie, at a lunchtime session with bloggers at its PDC conference told the bloggers that apps won’t be a differentiating factor on smart phones. He is wrong. Totally wrong. Why is Mike Arrington so passionate about his Droid (we argued about it for 39 minutes on the Gillmor Gang last week and then we went to the beach together on Sunday and argued about it some more in private). The Google Phone Is Very Real. And It’s Coming Soon. The debate over Droid v. iPhone rages on, but lots more Android surprises are on the way. Get ready for the Google Phone. It’s no longer a myth, it’s real. The next “super” Android device will almost certainly be a HTC phone that’s much thinner than even the Droid or iPhone – The Dragon/Passion.

Mobile operators get closer to their destiny as simple ISPs. Reading this morning on Techcrunch that Google’s rumoured ‘phone’ may be a data only device and that AT&T has confirmed they will sell data only plans to customers who bring in Blackberry and Windows mobile devices has me thinking that the day when operators recognise their destiny and accept their future as simple ISPs is getting close.

There is nothing wrong with being a simple ISP (also known as a dumb pipe) of course, except maybe the name. Traditional telecoms businesses like BT started out with content and portal ambitions in the late 1990s and backed out of that to be ISPs in recent years and I’ve thought for a long time that mobile operators will go the same way. This is not a bad thing, running a lean and mean network can be a profitable exercise and one that adds a lot of value to society. Electricity and water utilities have been doing this for years.

The Droid Might Be Getting All The Love, But The iPhone Has All. 24 November '09, 01:37am Follow Clicky, a real-time analytics service, recently updated their global dashboard stats (aggregate data from nearly 150,000+ web sites) that includes a special report on the Motorola Droid. Currently, the Droid holds 1.86% of mobile web usage. Android devices across the board have a total of 5.12% mobile web market share. Compare this to the iPhone, which holds a 49.6% mobile market share. Apple And Android Now Make Up 75 Percent Of U.S. Smartphone Web. When it comes to the mobile Web, increasingly there are only two mobile platforms which matter: Apple and Android. According to AdMob’s October, 2009 mobile metrics report, the iPhone/iPod Touch and Android phones accounted for 75 percent of mobile Web traffic in the U.S., as measured by all the mobile ad requests it tracks.

That number is up from a combined 65 percent in September, 2009. The iPhone is miles ahead of everyone else, but Android is quickly rising as a strong second. While Android phones managed to increase their share from 17 percent in September, 2009 to 20 percent in October, 2009, the iPhone and iPod Touch gained even more, going from 48 percent to 55 percent share. 2010: The Year Android Will Shake Its Money Maker. Editor’s note: More and more mobile app developers are deciding to make apps for Android, even though it still doesn’t have the same reach as the iPhone. Apple's Mistake. November 2009 I don't think Apple realizes how badly the App Store approval process is broken. Phil Schiller Grants Interview About Apple’s App Store, Claims D.

Remember, remember, the 9th of November! Gadgets, technology, and beer. The iPhone And The Droid Face Off.. In Song. Apple vs. Google: Who's going to win the great mobile-phone war? Over the past few months, Google's mobile operating system has roiled the tech industry. Android debuted on a host of fantastic phones, won praise from reviewers and customers, and generally got everyone in a froth over the next big tech war. AdMob: Android Passes iPhone Web Traffic In U.S.

As we noted earlier, mobile ad network AdMob has released its monthly mobile metrics report for March, which takes a close look at Android OS traffic. One interesting stat that was hidden in the report was that Android ad traffic overtook iPhone traffic in the U.S. for the month of March. According to the report, Android traffic in the U.S. increased to 46 percent of operating system share compared to 39 percent for the iPhone operating system.

The survey, conducted by mobile app development company Appcelerator, asked a representative sample of its 51,000 customers to weigh the pros and cons of both the Apple and Google mobile platforms, among other things. According to the findings, developers view Apple's near-term outlook favorably, given its App Store, large market share and device line up. Android Continues Gaining Ground, Ready to Surpass Windows Mobil.