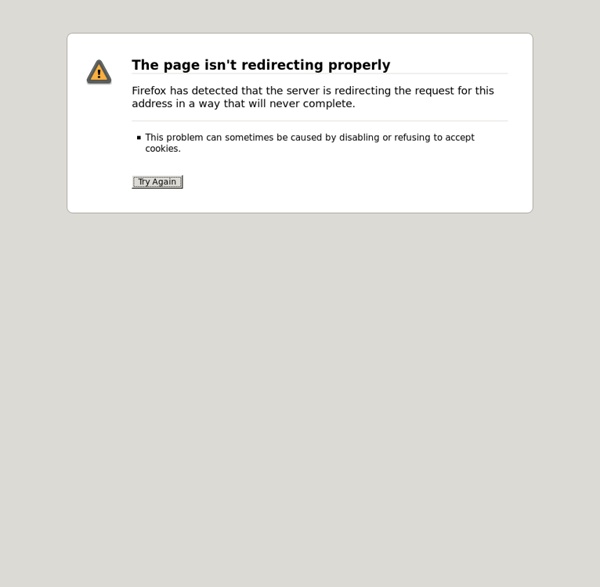 30 Most Ridiculous Doodles on Drawing Something Draw Something is a mobile app developed by Omgpop. It was one of the Mobile apps which won the Flurry App Spotlight Awards in 2012. In the first five weeks after its launching, the game was downloaded 20 million times. Mark Jenkins // Street Installations Besançon Rome Rio de Janeiro Tudela London Dublin Most Interesting Libraries of the World - StumbleUpon The Royal library Black Diamond at the waterfront of Copenhagen owes its name to the black granite from Zimbabwe used for the facade of the building. The name was used by the public first and has been adapted officially later. Design by the Danish architects Schmidt, Hammer & Lassen. Photography by Mirage Bookmark Flickr.com Greatest Optical Illusions Pictures. OK, this one really belongs in the Skytopia 3D stereoscopic gallery, but I just couldn't resist. If you can cross your eyes, so that both pictures slide 'into' each other - to form a third, 3D image between them, the effect you will see is truly stunning! Try focusing on something in between you and the monitor to help see the illusion. If you're still stuck and you really want to see the illusion, try this site to help practise seeing 3-D stereo. If you can't manage to see this cross eyed version below, then try the parallel version here. For this parallel version you look behind the monitor and just like the cross eyed version - try to get the two tubes to match up.

Lots of Jokes - Did You Know? Q. Why do men's clothes have buttons on the right while women's clothes have buttons on the left? A. When buttons were invented, they were very expensive and worn primarily by the rich. Since most people are right-handed, it is easier to push buttons on the right through holes on the left. 88 Brilliant Examples of Forced Perspective Photography Forced perspective is a technique that employs optical illusion to make an object appear farther away, closer, larger or smaller than it actually is. It is used primarily in photography, filmmaking and architecture. It manipulates human visual perception through the use of scaled objects and the correlation between them and the vantage point of the spectator or camera. There are many ways to attack photography and some are much more expensive than others. Here in this showcase, we presenting a Stunning collection of Forced Perspective Photography and Pictures taken by various artists in which all pictures are linked to the author’s pages. You may want to explore further works of the photographers we’ve featured below.

Pictures of times past: Photographs discovered in abandoned box give fascinating insight into 19th Century city life in Britain By Rebecca Seales Published: 16:23 GMT, 30 March 2012 | Updated: 17:10 GMT, 30 March 2012 A curious photo archivist from Newcastle stumbled on an amazing treasure trove of street photographs which capture the city's Victorian residents going about their daily lives. Linda Vista Revisited: East LA’s Abandoned Hospital Last year, while scouting for a short film that never came to fruition, some friends and I talked our way inside an empty, run-down hospital in Boyle Heights. The short was supposed to take place in a hospital, but after a few minutes wandering the halls of Linda Vista — alone and decidedly creeped-out — it became obvious that there was no way the place would work. It had been closed for twenty years, and it showed: there was dirt caked in layers on walls and mysteriously wet floors; windows were broken and doors hung off their hinges; ceiling tiles had fallen victim to moisture and gravity, and rats had chewed through the walls. We didn’t have the money to make Linda Vista look like anything more than a horror movie — a few of which had actually been shot there over the years. I was only inside for 45 minutes or so, running through the place snapping photos on the fly with a crappy point-and-shoot.

A Splash of Color by Rackat ...from Critique Club... Hi Rackat...ain't I lucky..they assigned your photo to me..ha FIRST IMPRESSION: Horrible shot...what were you thinking???? COMPOSITION: Totally off. Captured: The Ruins of Detroit Posted Feb 07, 2011 Share This Gallery inShare850 Up and down Detroit’s streets, buildings stand abandoned and in ruin. French photographers Yves Marchand and Romain Meffre set out to document the decline of an American city. Their book “The Ruins of Detroit“, a document of decaying buildings frozen in time, was published in December 2010. From the photographers’ website: Perfect Pandas » Blog Archive » Panda Bread Ok, so I’ve seen a lot of amazingly cute panda things, but this literally made me giddy when I saw it. I’ve never seen anything like it and I really want to try out the recipe. The original recipe is from an Asian website called Taro Taro (which features a photo gallery of user submitted panda bread!), luckily for those of us who can’t read the site, wlteef.blogspot.com was kind enough to post a translation. The recipe is after the cut!