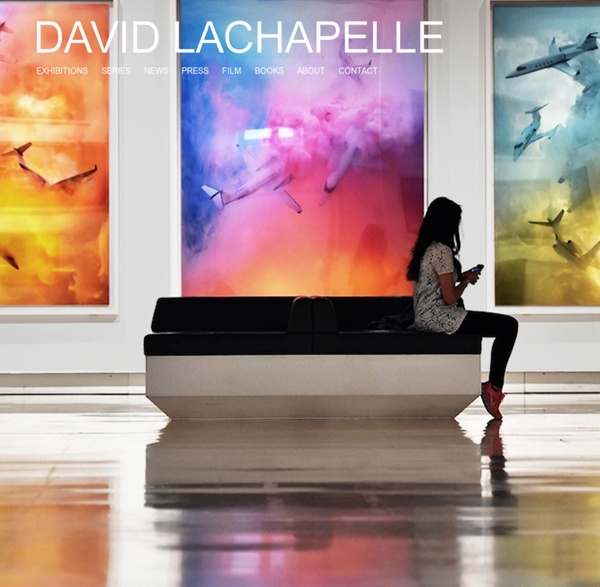 Review: Kevin Appel's 'Paintings' pack punch at Susanne Vielmetter Kevin Appel’s new paintings are at war with themselves. While that may be hell for the artist, it’s great for viewers: We get to watch as the talented painter goes back and forth between building taut compositions and blotting them out, leaving some shards scattered randomly and burying others under impenetrable layers of icy white paint. It’s a give-and-take drama whose quiet fury is fueled by a kind of decisiveness that brooks little compromise and takes no prisoners. At Susanne Vielmetter Los Angeles Projects, each of Appel’s 11 new paintings begins as a pristine, porcelain-coated canvas onto which enlarged photographs get mechanically printed in ultraviolet inks.

Maurizio Cattelan Maurizio Cattelan (September 21, 1960, Padova, Italy) is an Italian artist. He is known for his satirical sculptures, particularly La Nona Ora (The Ninth Hour), depicting the Pope John Paul II struck down by a meteorite. Early life[edit] Cattelan started his career in Forlì (Italy) making wooden furniture in the 1980s where he came to know some designers like Ettore Sottsass. He made a catalogue of his work which he sent to galleries. This promotion gave him an opening in design and contemporary art. The Creators Project The Creators Project: One of the reasons you moved from South Korea to New York was to attend an American university. Has your academic education influenced your work? Nikki S. Lee: In my case I just felt really free.

George Brecht - Wikipedia George Brecht (August 27, 1926 – December 5, 2008), born George Ellis MacDiarmid, was an American conceptual artist and avant-garde composer, as well as a professional chemist who worked as a consultant for companies including Pfizer, Johnson & Johnson, and Mobil Oil. He was a key member of, and influence on, Fluxus, the international group of avant-garde artists centred on George Maciunas, having been involved with the group from the first performances in Wiesbaden 1962 until Maciunas' death in 1978. One of the originators of 'participatory' art,[2] in which the artwork can only be experienced by the active involvement of the viewer, he is most famous for his Event Scores such as Drip Music 1962,[3] (see Video on YouTube) and is widely seen as an important precursor to conceptual art.[4][5][6] He described his own art as a way of “ensuring that the details of everyday life, the random constellations of objects that surround us, stop going unnoticed.” [7]

Sebastião Salgado Sebastião Salgado (left) gives former Brazilian president Lula da Silva his new book. October 31, 2006. Sebastião Salgado (born February 8, 1944) is a Brazilian social documentary photographer and photojournalist. First Teenage Mutant Ninja Turtles illustration brings $71,700 at Heritage Auctions DALLAS, TX.- The first-ever full artwork of the Teenage Mutant Ninja Turtles by Kevin Eastman and Peter Laird – the illustration that launched one of the most successful character franchises in history – sold for $71,700 on Friday, May 11, at Heritage Auctions in Dallas as part of a Vintage Comics & Comic Art Auction. It sold to an anonymous buyer. The drawing was consigned by Turtles Co-Creator Kevin Eastman, who drew it with Laird one night in late November, 1983. Eastman has designated an undisclosed percentage of profits from the auction proceeds to benefit The Hero Initiative, a non-profit he is active with that provides a financial safety net for comic artists and writers. “What an incredibly exciting week this has been! The Turtles have been blessed with the best fans on the planet, so I chose this event to make available personal historical TMNT items for those really hardcore supporters – but WHOA – what a response!”

Artiste transmédia et féministe. Météorite narratif du BIO ART. Son oeuvre questionne le statut du CORPS dans la société. Ses sculptures, HYBRIDATIONS et autoportraits réinterprètent le rôle des nouvelles technologies. Exhibition : from the 7th of June to the 22th of September 2013 The Collection as a Character M HKA, Antwerp, Belgium Curators : Anders Kreuger and Nav Haq Bio - Rene Francois Ghislain Magritte - Surrealist art and paintings Rene Francois Ghislain Magritte was a surrealist painter, born in Lessines, Belgium. He studied at the Academie Royale des Beaux-Arts, in Brussels. His first one-man exhibition was in Brussels in 1927. At that time Magritte had already begun to paint in the style, closely akin to surrealism, that was predominant throughout his long career. A meticulous, skillful technician, he is noted for works that contain an extraordinary juxtaposition of ordinary objects or an unusual context that gives new meaning to familiar things. This juxtaposition is frequently termed magic realism, of which Magritte was the prime exponent.

HDR Efex Pro 2: Lições Nik Photography Cover Photo Selection – April 16, 2014© +Saurabh Paranjape This week's cover photo belongs to +Saurabh Paranjape. Saurabh is an amateur photographer based in Northern California. Happy Birthday Keith Haring! (PHOTOS) Today is the birthday of Pop-street art darling Keith Haring. The artist, who mastered the rare combination of super happy and super cool, would turn 54 if he were still with us today. Haring, who was born to a cartoonist father in Pennsylvania, grew up inspired by the smile-inducing imagery of Walt Disney and Dr. Seuss.