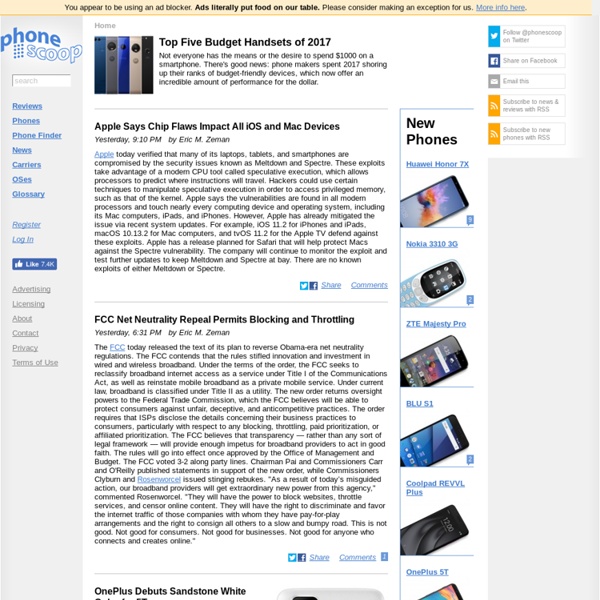 Facebook's Paper App for iPhone Refreshed with New Features Facebook today made Paper version 1.1 available to the iPhone. Paper re-encapsulates Facebook content and presents it in a more appealing digital magazine. Today's update adds a number of new features including: birthdays and other events, photo commenting, group updates, new story buttons, more article covers, and accessibility options. Paper is only available to the iPhone at the moment, though Facebook said an Android version is in the works. Paper 1.1 for iPhone is free to download from the iTunes App Store.

Tablet Finder and Compare Lenovo Tab A8 CompareThe Lenovo A8 features an 8-inch HD IPS display with 10-point multi-touch, two Dolby-enhanced front speakers, a MTK8121 1.3GHz quad-core CPU, 1GB RAM, 16GB of expandable storage, a pair of 5MP rear and 2MP front fixed-focus cameras, and a hearty 3450mAh battery. It will be sold in Wi-Fi-only, and Wi-Fi & 3G-connected variants, and it will run Android 4.2 out of the box, while eligible for an upgrade to KitKat and a 4200mAh battery.+ View Specs Lenovo Tab A8 Cell Phone Plans: Expert and User Reviews Total of 17 Sources For an explanation of how we rank reviews, see our ratings criteria page. 2013 U.S. Major Cell Phone Carrier Says You Shouldn’t Be Surprised They Were Ranked Worst Provider by Consumer Reports Sprint fell to the bottom of Consumer Reports’ ranking of wireless providers — but the cell phone carrier says users shouldn’t be surprised. “While the findings in the Consumer Reports’ survey are disappointing, they’re not necessarily surprising,” a Sprint representative said, according to CNET. “We’ve asked customers during the past year to ‘pardon our dust’ as we build out and upgrade our network.” “[T]he findings…they’re not necessarily surprising”

EasyAcc H70 7-port USB 3.0 hub review I recently purchased a 1993 Midwest Micro Elite notebook off of eBay. It boots to BIOS but that’s about it. I just wanted to own my very first “real” laptop computer again…I sold it off on the comp.sys.laptops USENET group back around 1995 and kind of regretted it ever since. It has a serial port, parallel port and PS/2 mouse connectors. U.S. Cellular reviews and ratings Share your opinion and experience with this device. Influence others and their buying decisions, or just make your voice heard! 1.0 overallDOUCHEBAGS !By Ronald Wilson, posted: 6:52 PMhello better was actually hello more customers please believe our LIES ..sign up then we change the contract you are in..

Netgear speeds up its networked storage solution for home users July 11, 2007 As laptop and PC ownership rises, households are more and more frequently running wired and wireless networks between several PCs, laptops, printers, and other devices. Bulk broadband downloads and growing amounts of home media production all take up a lot of hard drive space, and external storage devices can be quite fiddly - which is why Network-Attached Storage (NAS) devices are growing in popularity. Netgear's latest NAS device aimed at the home market is the SC101T Storage Central Turbo. It's quicker than its predecessor - operating at fast Gigabit Ethernet transfer speeds - and houses up to two fast 3.5" SATA hard drives of any capacity to provide a networked storage solution for home and small business networks.

Readers' Choice Awards 2013: Smartphones and Mobile Carriers Apple or Samsung? iOS or Android? AT&T or Verizon Wireless? t often boils down to epic battles like these in the mobile communications world. That's why it's always very grounding when we call on the members of the PCMag community to find out which companies are delivering the top products, services, and support to their customers. As you'll see from the results from this year's survey on smartphones and mobile carriers, the companies rated best are not always the companies with the greatest market share or most charismatic CEO.

SanDisk goes big on capacity and small on form factor SanDisk, whose flash memory offerings are usually in the form of memory cards and SSDs for laptops, desktops and enterprise applications, has now expanded into the portable SSD market. Its new Extreme 900 and Extreme 500 lines of portable SSDs were revealed alongside its highest capacity USB flash drive and the world's smallest 128 GB thumb drive at Computex in Taiwan. With no moving parts, solid-state flash memory has obvious advantages for portable hard drives that are likely to be subjected to their fair share of rough and tumble, so it's no big surprise to see that SanDisk has put the technology into its line of Extreme 500 rugged drives. Available in capacities of 120, 240 and 480 GB, the drives measure 2.98 x 2.98 x 0.42 in (75.7 x 75.7 x 10.7 mm) and sport a rubber bumper that helps make them shock resistant up to 800 G at 0.5 m/sec. Featuring a USB 3.0 interface, they offer sequential read/write speeds of up to 415 and 340 MB/s, respectively. Source: SanDisk