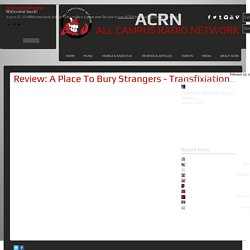 While still drawing on its typical blend of shoegaze, psych-rock and spacey distortion, A Place To Bury Strangers expands these influences into more strictly defined songs of these genres. The effort’s first single, “Straight,” is the group’s best use of balance between various genres. ‘80s mumbling vocals over a mega catchy ‘90s guitar riff make this track one of the best on the record. A Place To Bury Strangers channels a sound not far from the latest Moon Duo releases with its muffled lyrics and psychedelic influences. Review: Twerps - Range Anxiety. Joanna Gruesome / Perfect Pussy – Astonishing Adventures 7″ Scuzzy noise rockers PERFECT PUSSY teamed up with past tour mates JOANNA GRUESOME to release a 7” split, Astonishing Adventures!. 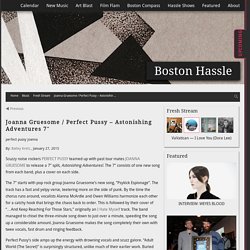 The 7” consists of one new song from each band, plus a cover on each side. Boston Hassle. Brazilian psych group RAKTA have released an excellent 7”, serving as a followup release to 2013’s debut self-titled album. 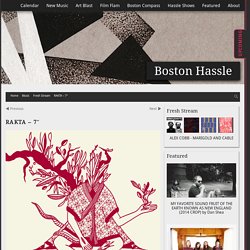 Sounding like a crossbreed between Chile’s Holy Drug Couple and Sweedish based rockers Goat, Rakta comes together to form a worldy neo-psychedlic style that is hard to resist. The first track on the 7” is “Tudo que é sólido”, an in-your-face jammer with thudding drums and chanting vocals, channeling a female version of Brian Case, lead singer of Disappears. Halfway through the song bursts into full on psych-punk with crazy distortion. As the song grows, lagging guitars and echoing vocals tangle together and create a scuzzy masterpiece. 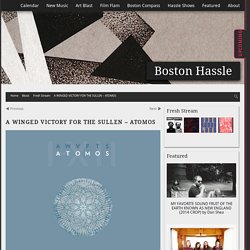 The album is a bit longer than their self-titled, clocking in at just over an hour long, but the album does not feel inaccessible by any means. Atomos flows together as one long piece, leaving listeners completely absorbed in the music until the album closes. Each song is cryptically titled “Atomos” and followed by a roman numeral, which reinforces the idea of listening to the album as one complete piece rather than individual songs. VASHTI BUNYAN – HEARTLEAP. English folk artist VASHTI BUNYAN has released what she claims will be her final album, Heartleap, serving as a follow-up to 2005’s excellent Lookaftering. 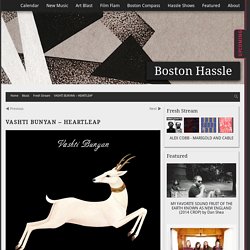 As with her past releases, Bunyan stays true to her faint, yet entrancing voice, one that first emerged over 49 years ago. Bunyan released her debut album, Just Another Diamond Day, in 1970 only to get lost in the mix. Disappointed, she left the music industry for the next 30 years. It wasn’t until the album was rereleased on CD in 2000 that Bunyan began to catch the attention of the public. ANDY STOTT – FAITH IN STRANGERS.

Over the past few years, ANDY STOTT has proved himself one of the most gripping producers around. 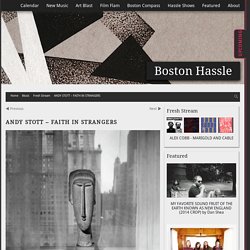 In addition to his prolific solo output dating back to 2006, Stott has also released several albums with label mate Miles Whittaker (one-half of Demdike Stare) under the moniker Millie & Andrea. After an eclectic and adventurous series of 10″‘s and EPs, Stott proved his full potential on 2012’s outstanding Luxury Problems. Working with his old piano teacher Alison Skidmore’s inspired singing, Stott crafted arguably one of the most original dance albums of the year, and certainly one of the best releases on the UK’s Modern Love. CARIBOU – OUR LOVE. CARIBOU‘s Dan Snaith has an ever evolving sound, ranging anywhere from techno to neo-psychedelic sprawl. 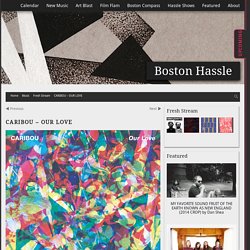 Snaith once more upends expectations on his new album, Our Love, which teeters more on the side of clubby dance music. This carefree album is full of total jammers, leaving listeners unable to resist the urge to bop their head along to the repetitive beats. The album’s lead single, “Can’t Do Without You”, is splattered with droning synths, jabbing lines and layers of echo. The result is a track that seems to continuously build upon itself, until about the three-minute mark where Caribou turn the intensity up a notch, creating a collage of layers and a sound that wraps around the listener’s ears from every direction. Caribou seems to have been influenced by footwork beats while working on Our Love. Our Love features guest appearances by Jessy Lanza on “Second Chances” and contributing instruments from Owen Pallett on four of the albums tracks. 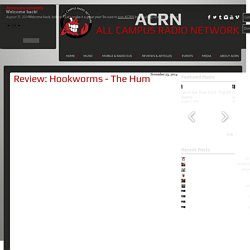 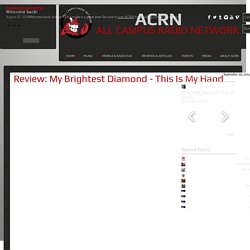 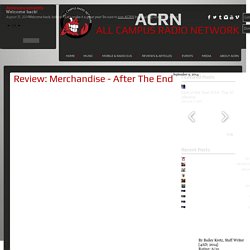 Listening to Begging For Your Life, the band’s Record Store Day 12” release from earlier this year, you may assume that the Tampa, Fla. natives would continue down their path of hazy rock songs. On this new full length, however, Merchandise proves to be another shining example of how signing to 4AD means being shoved into a pop genre sooner or later. Maybe this new polished sound is what Merchandise wanted all along. One of those catchy singles, “Enemy,” shows a whole new side of the band. Merchandise’s downfall on this album is that with the exception of the singles, After The End is simply boring.