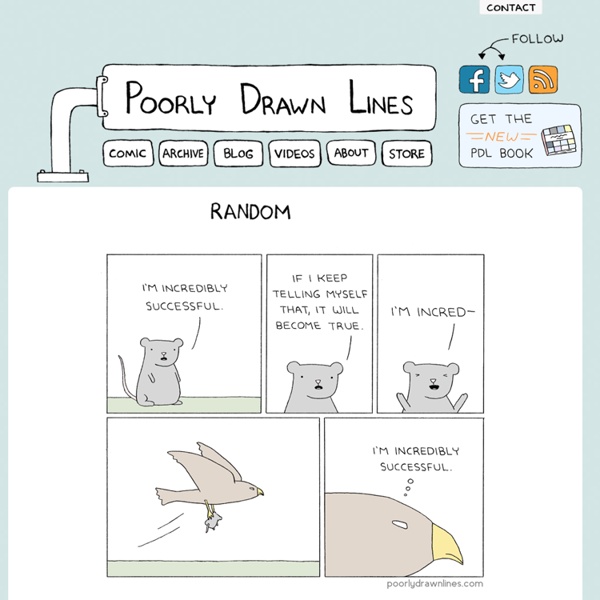 throwing a banana cream pie in the face of technology. The Joy of Tech is a comic about technology and pop culture, created by Nitrozac and Snaggy, and updated three times a week. We like to feature the people and events that are making today's tech and pop culture news. We've been making comics on the web since early 1999, starting off with After Y2K, and then The Joy of Tech, which is now in its whoa... 17th year! Home Of Happy Wheels - Happy Wheels Full Version Hello pals. I'd like to continue hosting the flash version of Happy Wheels as long as possible. With the loss of certain ad networks, I'm going to try out a few different ad formats on this site as I continue to attempt to regain some of the revenue that went missing. I'll be making a few minor changes here and there to see whatever works best. Nothing should be annoying. This heads up was the main reason for this news post.

Rich Burlew on the Record-Breaking Success of the 'Order of the Stick' Kickstarter [Interview Last week, I wrote about the Kickstarter drive at Order of the Stick that shattered records by raising $250,000 in just 8 days in order to get the collections of the stick-figure fantasy webcomic back into print. In the week since that article went up, the amount of money raised has doubled to over half a million dollars, raising enough money to reprint the entire OOTS library and securing its place as the most funded creative work in Kickstarter history. It’s nothing short of a phenomenon, which is why we spoke to OOTS creator Rich Burlew about his incredible success. ComicsAlliance: You originally started the Kickstarter drive to raise money to reprint a single book. How did you expect it to play out?

♥ Este poema lo escribió Edu, una persona generosa y altruista, y aunque no lo conozca en persona no me transmite EN ABSOLUTO lo contrario. Bravo por ti Edu. ThaZing THazing.com may be available for purchase. Inquire today! Inquiry Form Inquire with your Facebook or LinkedIn profile, or complete this form to receive a free quote. Tea Time! SUBNORMALITY! All content copyright Winston Rowntree, 2015. Museum previously seen here and then here. Inspired by true events Coming Soon - Stay tuned for a BIG announcement about an awesome project Jorge is working on! PHD Store - Our store was down for a while, but now it is back! Free excerpt from The PHD Movie 2! - Watch this free clip from the movie that Nature called "Astute, funny"! Watch the new movie! - The PHD Movie 2 screenings are in full swing!

Drawing Nothing All I want to do is play and talk about video games. Someone pay me to play video games. Yeaaaaah Last year I posted this in a set of other winter drawings but this one alone I’ve seen circulating the internet on random blogs and even facebook. Go figure, everyone loves butts.

Salt on a White Picket Fence Dean cooking something in the kitchen, hands covered in flour - he’s trying for a pie again - but he doesn’t mind the white, dusty handprints he leaves everywhere. He opens the fridge to pull out the next ingredient and swears. They’re out. No filler, just funny. 24 Funny Snapchats Worth Saving Snapchats are supposed to be deleted. Good thing all of these were saved…

shimmering and white So my dad asked me “Who’s that guy from Flaming Arrows, Pippy Tuna or whatever” "Dad, do you mean Peeta Mellark? From the Hunger Games?" "Oh, well, I knew it had food in it" I made another tote bag, and it’s for sale! You can find it, along with some comics, in my etsy