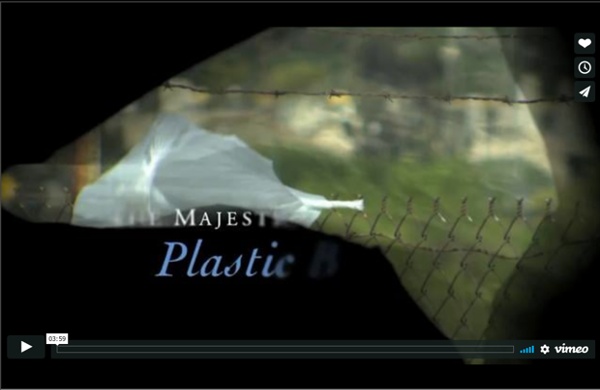 CDC - Cracow Dance Connection 29.04.2011 - Dance Flash Mob Kraków Species of Invasive Bee Leaves Carnage in its Wake Photo: Ersin Uyanik When Terry Allen planted a flowerbed outside his home 20 years ago, he could never have imagined it would become the sight of a blood-soaked bee battleground. Terry, an entomologist from Sacramento, discovered some European wool carder bees had taken up residence in his front yard, the first time the species had been spotted in California -- ravaging native honeybees. European Wool Carder bees were originally shipped in from Europe to the United States because of their great pollinating ability, but it didn't take long before they went rogue. To make matters worse, the bees are known to be quite aggressive, territorially killing other insects with the help its five deadly stingers. Terry plans to continue his flowerbed observations, but he's met with some unexpected resistance. Honeybees, evidently, aren't the only ones bothered by the bullying invasive counterparts.

Shake the Dust A poem that will shake you… “Do not let one moment go by that doesn’t remind you that your heart beats 900 times a day, and there are enough gallons of blood to make everyone of you oceans” ~ Anis Mojgani In the back of a large room at Powel’s Bookstore I was half-heartedly listening to a poet I had never heard of. I was checking my email off my phone and wondering what I would scrounge up for dinner. And slowly, like he was lifting my chin up with one finger from my stressed and distracted world, he brought me back. It’s so easy to get wrapped up and stressed about the day to day, and there are times when I have to stop and remember to breath deeply and… shake the dust. Thank you Anis. Fan elephant’s best stories here or here or here. About Allie Bombach Living in her restored 1970 Airstream, Allie recently relocated to Portland, Oregon where she works as a freelance videographer and filmmaker for the outdoor industry. If you liked this, you might like these:

uld Scottish salmon farming be transformed by moving to dry land? | Environment Scottish salmon is facing a challenge to its reputation as one of Britain's best loved everyday luxuries, with scares over diseases and sea lice, heavy use of pesticides and seal killing raising fears about its environmental impact. A new fish-farming company called Fishfrom believes it can help solve the industry's problem, and even partly solve future crises over food shortages. Its answer: take salmon farming entirely out of the sea. It is planning to build a vast new warehouse on the west coast of Scotland where it hopes to farm salmon on dry land, cultivating thousands of tonnes of fresh salmon untainted by chemicals, sea lice and seal-control, in a self-contained facility run on renewable electricity. That factory, at Tayinloan, just opposite the Hebridean island of Gigha, will be powered largely by solar panels and a small hydro scheme nearby, feed its salmon on its own supply of a specially farmed marine animal called ragworm, and will recycle nearly all the water it needs onsite.

Slow Motion Dancing This completely mesmerizing dance video was created by the music/dance group World Order which is led by former martial artist Genki Sudo. Intended as a message of hope, you can find Genki Sudo’s message to the Japanese and the world in these trying times below the video. “The unprecedented disasters unfolding in Japan; earthquakes, tsunami, and nuclear explosions, will somehow change things to come. And to send my message about this, I have expressed it here with WORLD ORDER. These disasters can be interpreted as a turning point for civilization. I think that we have arrived at a time of revolution, shared with all the people of the world, in today’s society, economy, and political systems. Genki Sudo 15 Amazing Animated Shorts We all love short animated films, but creating short film is very hard task. Putting whole story in 5 to 10 minutes is not easy. Can you imagine? Few films produced after working hard more than 6 years! I bet you will love these short animated movies, do let us know your favorite one, also feel free to share your favorite short film if it’s not present in the list. Granny O’Grimm’s Sleeping Beauty Oscar-nominated film of ‘Granny O’Grimm’, directed by Nicky Phelan, produced by Brown Bag Films, and written/voiced by Kathleen O’Rourke. Oktapodi (2007) In Oktapodi, these two cuties help each other escape the clutches of a tyrannical restaurant cook. This Side Up – A Short Animation by Liron Topaz A naive music-lover’s patience is tested on his quest to download music online, as his perspective on technology completely changes. Oxygen Oxygen tries to make friends on the playground. “Heavenly Appeals” a short film by David Lisbe After many millennia of being tortured in Hell, Raymond K. Alma

Forever's Not So Long Open Thinking Wiki The following list of videos was first compiled March 21st at Open Thinking. The post received much attention so I created this wikispace to keep the list updated. I would love your help in maintaining this resource. 90+ Videos for Tech. & Media Literacy Over the past few years, I have been collecting interesting Internet videos that would be appropriate for lessons and presentations, or personal research, related to technological and media literacy. Conversation Starters: Everything is Amazing, Nobody is Happy – Comedian Louis CK’s appearance on Conan O’Brian was brilliant, humorous and really sets the stage for discussing societal changes due to the progress of technology.Trendspotting: Social Networking – Comedian Dimitri Martin will make you laugh as he discusses social networking. 21st Century Learning: An Anthropological Introduction to Youtube – Professor Michael Wesch’s presentation to the Library of Congress, June 23rd, 2008. Copyright, Copyleft & Remix/Mashup Culture: