23 of the best documentaries on Netflix, YouTube and BBC iPlayer in 2017. Credit: iStock / CSA-Printstock We love documentaries at WIRED and, as this list proves, there are dozens of great ones worthy of your attention. 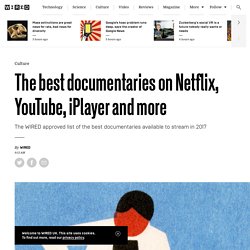 Here we've collected some of the best documentaries on Netflix UK, YouTube and elsewhere, including BBC iPlayer. If you decide you're not in a documentary kind of mood after all, try our lists of the best TV shows on Netflix or the best films on Netflix UK. Australian 60 Minutes exposed the Worldwide Pedophile Network – Anonymous. She’s 91 but she feels 15. Here’s her secret. What the real Disney princesses looked like. MĒTA - Meet the Artists. In 2 Minutes Russell Brand Says The Solution To Terrorism. You Need To Hear This! Open-Minded Activist Russell Brand Takes Spirituality To a WHOLE NEW Level! [Video] Filmmaker Reveals the Truth About Subliminal Messages. Alex Pietrowski, StaffWaking Times The reality is that we are all being conditioned to think and believe certain things without any rational explanation through subliminal messaging in advertising, music, film, television, political propaganda, and military psychological operations. 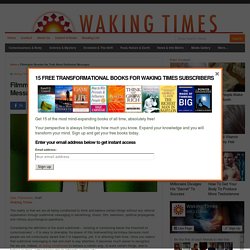 The Dot and the Line: A Romance in Lower Mathematics. After 75 Years Of Research, Harvard Study Found That Happiness Comes From One Thing… In 2 Minutes Russell Brand Says The Solution To Terrorism. You Need To Hear This! This Mind-Blowing Speech By Morgan Freeman Will Make You Question Every Life Decision You've Made. In the following speech, Morgan Freeman tells it all! 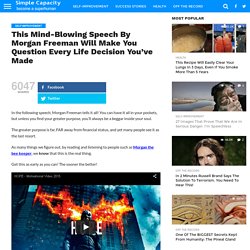 You can have it all in your pockets, but unless you find your greater purpose, you’ll always be a beggar inside your soul. The greater purpose is far, FAR away from financial status, and yet many people see it as the last resort. "Fed Up" - The EXPOSED Video That The Food Industry DO NOT Like YOU To See! Horrifying things happen around the food industry in the world! 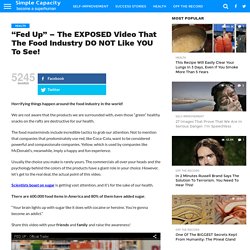 We are not aware that the products we are surrounded with, even those “green” healthy snacks on the rafts are destructive for our health. The food masterminds include incredible tactics to grab our attention. Not to mention that companies that predominately use red, like Coca-Cola, want to be considered powerful and compassionate companies. Yellow, which is used by companies like McDonald’s, meanwhile, imply a happy and fun experience. Usually the choice you make is rarely yours.

Scientists boast on sugar is getting vast attention, and it’s for the sake of our health. There are 600.000 food items in America and 80% of them have added sugar. 26 photographs which go straight to your heart. A photograph can say more than a thousand words ever can. 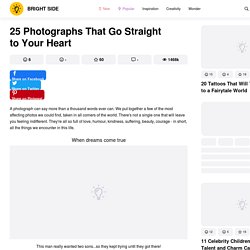 We put together a few of the most affecting photos we could find, taken in all corners of the world. The Top Photos in the 2016 Birth Photography Competition (NSFW) Childbirth: it’s one of life’s great miracles. 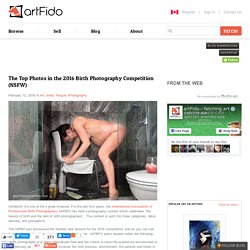 For the last five years, the International Association of Professional Birth Photographers (IAPBP) has held a photography contest which celebrates “the beauty of birth and the skill of birth photographers”. The contest is split into three categories: labor, delivery, and postpartum. The IAPBP just announced the finalists and winners for the 2016 competition, and as you can see from the below, the photographs are truly spectacular.

IAPBP’s press release notes the following: “Birth photography is a highly specialized field and the choice to have the experience documented is an intensely personal decision. This Dude Just Used Jelly Beans To Convince Me To Live My Life To The Fullest. Artists Share Controversial Cartoons Depicting the Shocking Reality Of Modern Day Society. PeTry and CriSan are two Romanian cartoonists who have shared their views on our modern world over the last 30 years of their career. 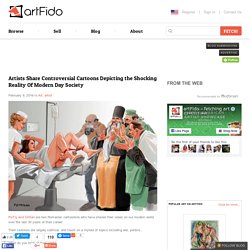 Their cartoons are largely satirical, and touch on a myriad of topics including war, politics, immorality and the like. What do you think of their work? #1 The Soldier’s Future: #2: War #3 Two Prisoners. The top 25 cities you should visit in your lifetime. You’ll never guess which city is the number 1 tourist destination Experts from the world’s largest travel site, Trip Advisor, compiled a list of the 25 most popular tourist destinations based on reviews from travelers around the world. 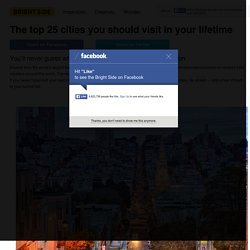 The results were shocking, even for the experts. If you haven’t planned your next vacation, Bright Side suggests you visit one of these astounding cities. Greenland: the most beautiful place on Earth. Although Daniil Korzhnov was a physics major at school, he’s an artist by nature. 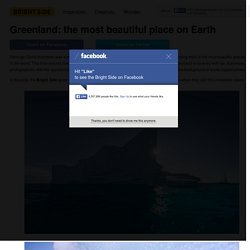 He invents and hiking trails in the most beautiful places in the world. This time around, Greenland became the focus of his attention. Due to its location, Greenland is covered with ice. It provides photographers with the opportunity to take absolutely fantastic photos of blooming valleys against the background of snow-capped peaks. In this post, the Bright Side gives you a chance to look at the stunning views available for all to see when they visit this incredible island. More attractive without make up? I’ll take real any day. 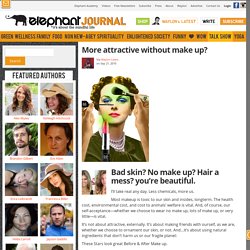 Less chemicals, more us. Most makeup is toxic to our skin and insides, longterm. The health cost, environmental cost, and cost to animals’ welfare is vital. 22 essential parenting lifehacks you can’t live without. Unless you want your life as a parent to become a never-ending war for cleanliness and order, you you need to use simple tricks to make it significantly easier. Luckily, these tricks don’t involve running around the city and spending money — just your wits and imagination will be enough. Bright Side found these 22 lifehacks which no parent can live without. We’re sure that your children will thank you for them one day! Making their least favorite food pretty and tasty. 24 relationship comics that illustrate the beauty in the mundane moments.

Big, profound moments are important in relationships, but the small, seemingly inconsequential ones often are what build the foundation. Philippa Rice began capturing the day-to-day parts of her relationship with her boyfriend, Luke Pearson, in a comic series she titled "Soppy. " The U.K. -based artist and illustrator started drawing them because she wanted to document those small moments and "silly things," she told Upworthy. The series was eventually published in a book called "Soppy: A Love Story.

" Rice didn't set out with any particular big purpose — her series was simply an ongoing project to "fondly remember the times at the beginning of mine and Luke's relationship. " The Simple Truth. One Of The Greatest Speeches Of All Time. 15 Hilarious Comics That Perfectly Illustrate What It's Like To Be A Girl. Agustina Guererro is an Argenitna-based illustrator who created an amazing comic series to show what daily life like a girl is. Her work humorously illustrates some of the day to day life things that men might not really think about. Bored Panda's staff was nice enough to translate her comics into English for us non-Spanish speaking viewers. The Brilliant Surrealistic Self Portraits Of Ángela Burón (NSFW) Julia Horeftari for Art-Sheep.

After all, Paris has some of the worst traffic congestion of any city on Earth. But on Sunday residents in the City of Lights bid adieu to vehicles in several central neighborhoods and around its world-famous landmarks, thanks to its inaugural car-free day. National Geographic: 25 συγκλονιστικές φωτογραφίες που συμμετέχουν στο διαγωνισμό.

The European Refugee Crisis and Syria Explained. A Six-Year-Old’s Advice on Life and Overcoming Fear, Turned into a Heartwarmi... Features: Luis Quiles’ Controversial Illustrations Comment On the World We Live In. Agape Charmani for Art-Sheep. Contemporary Audition. 20 Of The Most Beautiful And Creative Sculptures And Statues From Around The World. I believe we live in a world where beauty is seen in different aspects each inspiring us everyday. For me there is beauty in all art and if you look hard enough you can see art in everything. Art truly inspires me and sculptures are perhaps one of the most visually stunning forms of art.

A carefully crafted statue has the ability to take one’s breath away, to inspire and to make one think. Most statues or sculptures you find dotted around cities are fairly basic memorials or statues of famous people from history depicted in a formal and familiar fashion.