How to Batch Change File Extensions for Windows Files. Recently, I came across a problem where I had to change the file extension on a bunch of Windows files from no extension to .JPG. 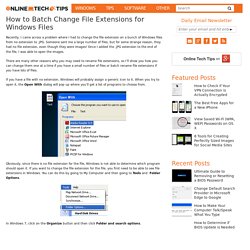 Someone sent me a large number of files, but for some strange reason, they had no file extension, even though they were images! Once I added the .JPG extension to the end of the file, I was able to open the images. There are many other reasons why you may need to rename file extensions, so I’ll show you how you can change them one at a time if you have a small number of files or batch rename file extensions if you have lots of files. If you have a file with no extension, Windows will probably assign a generic icon to it. When you try to open it, the Open With dialog will pop up where you’ll get a list of programs to choose from. Hands Down the Best Way to Kill Weeds and It’s Not Roundup. In 1970, John Franz, a chemist for Monsanto, discovered that the chemical glyphosate is a potent herbicide that kills just about every kind of plant material imaginable. 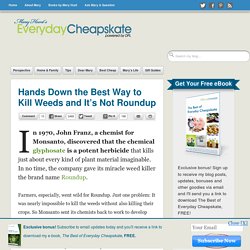 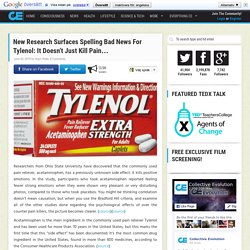 In the study, participants who took acetaminophen reported feeling fewer strong emotions when they were shown very pleasant or very disturbing photos, compared to those who took placebos. You might be thinking correlation doesn’t mean causation, but when you use the Bradford Hill criteria, and examine all of the other studies done regarding the psychological effects of over the counter pain killers, the picture becomes clearer. (source)(source) Acetaminophen is the main ingredient in the commonly used pain reliever Tylenol and has been used for more than 70 years in the United States, but this marks the first time that this “side effect” has been documented. 3 Symptoms Of A Lost Soul. By Andrea Schulman| Lost souls are people who are spiritually adrift. 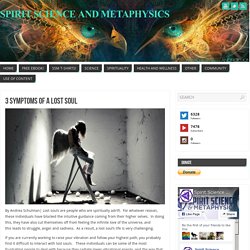 For whatever reason, these individuals have blocked the intuitive guidance coming from their higher selves. In doing this, they have also cut themselves off from feeling the infinite love of the universe, and this leads to struggle, anger and sadness. As a result, a lost soul’s life is very challenging. 4 Ways to Remain Awake While the Rest of the World Sleeps. Gary ‘Z’ McGee, Waking Times In a world where the majority of people are so conditioned by an unhealthy culture that they cannot even fathom equality or the eradication of poverty, nor even perceive them as socially viable, and merely write them off as “it’s just the way things are,” it helps to have some tactics to fall back on in order to prevent our slipping back into our old ignorant ways. 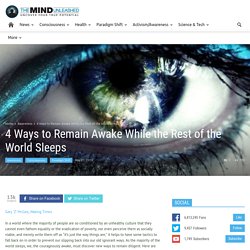 As the majority of the world sleeps, we, the courageously awake, must discover new ways to remain diligent. Here are four powerful (and fun) ways to remain awake while the rest of the world sleeps. 1.) Keep Questioning Authority to the Nth Degree. In A Relationship With A Highly Sensitive Person? Here's What You Need To Know. Let's be honest: relationships are complex, no matter what kind of personality you have. 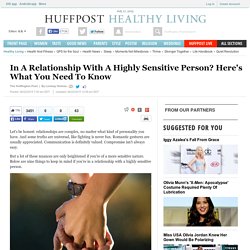 And some truths are universal, like fighting is never fun. Romantic gestures are usually appreciated. Communication is definitely valued. Compromise isn't always easy. Find Your Purpose Within Minutes. We live in a society that for thousands of years has judged you on how you look and on “what you do for a living”. 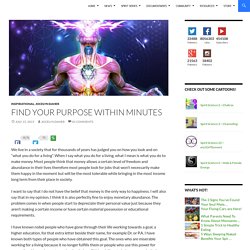 When I say what you do for a living, what I mean is what you do to make money. Most people think that money allows a certain level of freedom and abundance in their lives therefore most people look for jobs that won’t necessarily make them happy in the moment but will be the most tolerable while bringing in the most income long term from their place in society. I want to say that I do not have the belief that money is the only way to happiness.