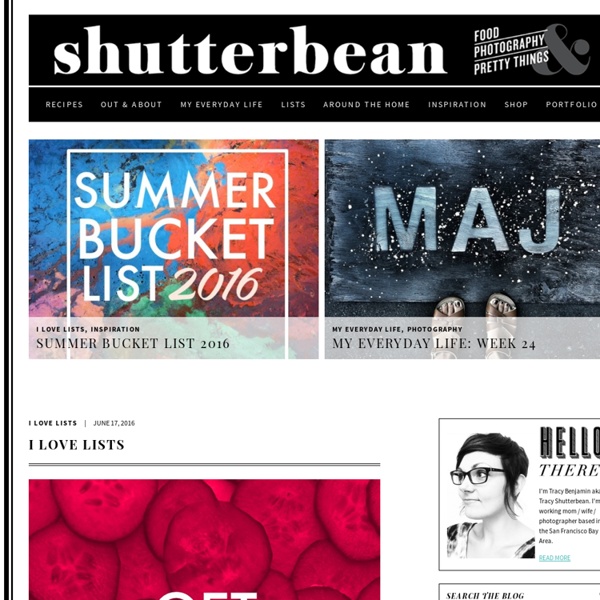 I will make this dutch baby and I will eat it all by myself.For some reason I feel like I could watch molten lava all day. It’s so soothing.This burger…shrimp AND chorizo? My brother would love it.I’ve been intrigued by smoothie bowls. Gonna make one this weekend.This DIY Egg Shell Planter is perfect for baby succulents.Sooooo THAT’S why we want to squeeze cute things. Makes sense. Related: Baby animals.Thoughts Everyone Has When They’re Trying to Eat Healthier.

stuffed peppers w/ chipotle “cream” Hands down, our most popular post has been this enchilada recipe with creamy cashew poblano sauce. I posted it over a year ago and I’m still receiving emails about it. So today I’m really excited to share this new twist: cashew cream meets chipotles. Digital Games and the Future of Math Class: A Conversation With Keith Devlin Keith Devlin Part 8 of MindShift’s Guide to Games and Learning. Keith Devlin is a well-known mathematician and the author of many popular math books. He is co-founder and Executive Director of Stanford University’s Human-Sciences and Technologies Advanced Research Institute and is well known as the “NPR Math Guy.” He’s also a big fan of using video games as a teaching tool and the founder of an education technology company called BrainQuake.

Muddy Buddies Recipe I LOVE LOVE LOVE when some of the most yummiest treats are also the most easiest to make. Ten years ago my friend Nancy gave each woman in our small group a beautifully packaged container of Puppy Chow aka Muddy Buddies. This was the first time I had ever had this “crazy good” treat. From the first bite I was hooked but also intrigued by what it was made of. When she told me how she made it I couldn’t believe it because it was such an easy recipe yet the combination of all the ingredients produced such a wonderful taste. Cannoli Tart Oh my goodness. You know when you have one of those desserts that completely knocks your socks off? This is it. And it’s simple, too.

Sexy Bacon Cheeseburgers with Special Sauce Nothing says Friday like a great big, sexy, juicy burger – amirite? This, my friends, is my ultimate burger. It is my masterpiece. It sadly means that I am spoiled for all other burgers. It’s pretty much my idea of heaven. It’s a burger with the works! Mini Maple Bacon Doughnuts There are a million things going through my head right now as I think about these donuts. Like, are some of these guys for real on The Bachelorette? No, I mean, for real-for real. Just… stop. Except for when you call quinoa “keee-noooo-ahhh.” Because that’s definitely how it should be pronounced, world. Replace Your Paper Filing System With FileThis for iOS & Web If you manually download and manage your web receipts, bank statements, legal forms and other documents, you would probably benefit from the iOS app and paperless service FileThis. Currently only available only in the US, FileThis can act as a digital file drawer by retrieving all of your available online documents and receipts, and saving them in your own personal space in the cloud. Available as an online service, FileThis also works as an iPhone and iPad app.

Confections Blog It’s eight-thirty in the morning at Magnolia Pub and Brewery, the glass windows are clouded and dripping with precipitation while the fog is cool and sits low in the upper Haight-Ashbury neighborhood where our newly favorite pub is located. Beer drinking is relatively new to me, call me a snob, most of my legal age drinking years had been dedicated to spirits and wine – I would not touch beer if I were stranded on a deserted island with mountains of kegs as my only means to hydrate … let me explain, my first and traumatic relationship with beer was in high school back in Hawaii where I grew up – Primo beer; I liken this fluid to foamy, yellow, sour water. I recall swigging bottles of Primo with the rigor of an old sailor only to be spent for the rest of the evening into the early morning over a toilet bowl as the world around me spun like a carnival ride gone berserk!

Chinese Lemon Chicken Recipe Why order take out when you can make your own Chinese lemon chicken at home? There are a few different versions of lemon chicken out there, all coming from different countries. Probably the most popular type of lemon chicken would be baked in the oven. We all know baked lemon chicken is great but here is the Chinese version – just like take out or at the buffets. The Chinese version varies greatly from that of other cultures. The Chic Site One of my favorite things to eat during the summer is a big BBQ spread. Grilled chicken and tri-tip with all the fixings. We can’t forget about the baked beans, that’s the best part. These Slow Cooker Baked Beans are jam-packed with tons of flavor. Maple syrup, brown sugar, bacon and bourbon take them over the edge. They’re the best baked beans you’ll ever eat!

Whole Wheat Blueberry Bread - Sarah's Cucina Bella Who loves blueberries? We do! Blueberries are so good for you, filled with antioxidants, so my family has them regularly. When eating blueberries, I love those big, round sweet ones plucked fresh from bushes that are best in the heat of the summer when they are fresh. If they aren’t sweet, they just don’t hold the same allure.