Get Ready for Windows 10: How to Make "Get Windows 10" Icon Appear in Your Windows taskbar. Download win10fix_full.zip - 6 MB Introduction This tip is especially useful for users who own the licensed copy of Windows 7/8/8.1, and would like to upgrade to Windows 10 after July 29, 2015. 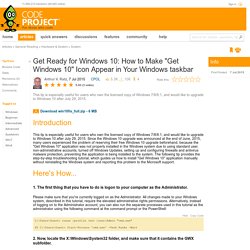 Since the Windows 10 upgrade was announced at the end of June, 2015, many users experienced the problem of reserving their free Windows 10 upgrade beforehand, because the "Get Windows 10" application was not properly installed in the Windows system due to using standard user, non-administrative accounts, turned off Windows Updates, setting up and configuring firewalls and antivirus malware protection, preventing the application is being installed to the system. The following tip provides the step-by-step troubleshooting tutorial, which guides us how to install "Get Windows 10" application manually without reinstalling the Windows system and reporting this problem to the Microsoft support. The world’s languages, in 7 maps and charts. By Griff Witte and Michael Birnbaum July 5 at 5:21 AM ATHENS — After five months of bitter backroom talks and poisonous public smack-downs between officials in Greece and Europe, the fate of this nation-on-the-brink shifted into the hands of the Greek people on Sunday. 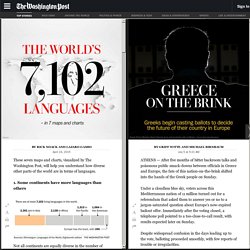 Under a cloudless blue sky, voters across this Mediterranean nation of 11 million turned out for a referendum that asked them to answer yes or no to a jargon-saturated question about Europe’s now-expired bailout offer. Immediately after the voting closed, a telephone poll pointed to a too-close-to-call result, with results expected later on Sunday. Despite widespread confusion in the days leading up to the vote, balloting proceeded smoothly, with few reports of trouble or irregularities. Greeks voted after a week that has been perhaps the most difficult for the country since its debt crisis began nearly six years ago. Scientific American Staff Picks: 10 Apps for Your Smart Phone or Tablet. Just a Boy - a ftm transgender documentary. Why Obama Can't Close Guantanamo.

The last two prisoners to leave the U.S. detention center at Guantánamo Bay were dead. 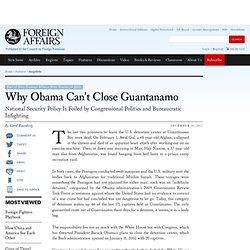 On February 1, Awal Gul, a 48-year-old Afghan, collapsed in the shower and died of an apparent heart attack after working out on an exercise machine. Then, at dawn one morning in May, Haji Nassim, a 37-year-old man also from Afghanistan, was found hanging from bed linen in a prison camp recreation yard. In both cases, the Pentagon conducted swift autopsies and the U.S. military sent the bodies back to Afghanistan for traditional Muslim burials. These voyages were something the Pentagon had not planned for either man: each was an "indefinite detainee," categorized by the Obama administration's 2009 Guantánamo Review Task Force as someone against whom the United States had no evidence to convict of a war crime but had concluded was too dangerous to let go. Today, this category of detainees makes up 46 of the last 171 captives held at Guantánamo. 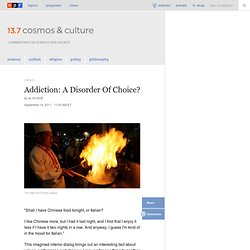 Homosexuality Before the Bible « Half Wisdom, Half Wit. Posted by Mary W.

Matthews in Religion & Theology. Trackback At a new (or newish) web site called Quora, someone asked, “Was homosexuality an issue before the Bible was written?” Watch at.home.with.julia.s01e01.ws.pdtv.xvidw4f online. 2011 San Francisco State Julia Robinson Mathematics Festival. Getting more out of your Tablet PC. Those persistent myths about the Sept. 11 attacks - The Fact Checker. (Michael Lutzky/THE WASHINGTON POST) 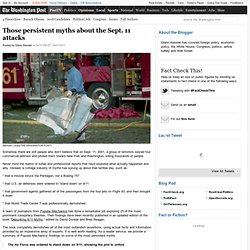 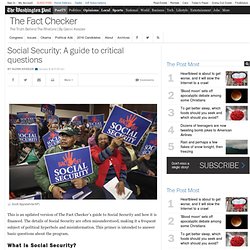 Scott Applewhite/AP) This is an updated version of The Fact Checker’s guide to Social Security and how it is financed. The details of Social Security are often misunderstood, making it a frequent subject of political hyperbole and misinformation. This primer is intended to answer basic questions about the program. Tribute To Gene Roddenberry's Star Trek (45 Years) - Part 1. What teachers really want to tell parents. Teacher Ron Clark is pictured with his students. 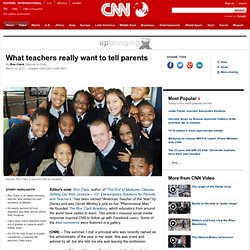 Ron Clark is an award-winning teacher who started his own academy in AtlantaHe wants parents to trust teachers and their advice about their students Clark says some teachers hand out A grades so parents won't bother themIt's OK for kids to get in trouble sometimes; it teaches life lessons, Clark says Editor's note: Ron Clark, author of "The End of Molasses Classes: Getting Our Kids Unstuck -- 101 Extraordinary Solutions for Parents and Teachers," has been named "American Teacher of the Year" by Disney and was Oprah Winfrey's pick as her "Phenomenal Man.

" He founded The Ron Clark Academy, which educators from around the world have visited to learn. This article's massive social media response inspired CNN to follow up with Facebook users.