Excel. Empathy. How To Get Wireless Passwords At Airports When They Don't Have Free Wifi - foXnoMad. The list of passwords in this post is now in app form, WiFox is available on the App Store, Google Play, and Amazon. Arriving at an airport without free wireless – or the even more frustrating free-if-you’ve-got-a-local-number and email access (no I don’t, I’m traveling dammit!)

– makes it seem like you’re flying around the world in 1999. First, avoid the initial shock of being subjected to a layover without wifi by checking whether or not your connecting airports offer free wireless. Now that you know, for better or for worse, it’s time to prepare yourself digitally and physical to get online on your down time.

Use Foursquare Tips The popular location-based social network foursquare (where you can find me as well) is primarily used through its mobile app, however the web-based version is full of searchable tips from users. Get Password Tips On Your Phone – Both the free 4sqwifi (iOS) and Venue Spot (Android) apps filter foursquare wifi-related tips automatically based on your location. Informative Video on the Pineal Gland & Activating Your Third Eye. Cozy Outdoor Fireplace Hut is a Warm Glowing Play Place. This artful outdoor fireplace from Haugen/Zohar Architects is integrated with a nearby playground, allowing families a chance to duck in and take the chill out of a cool evening playtime. 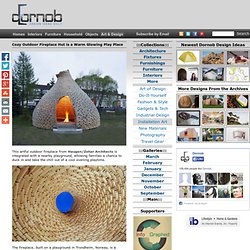 The fireplace, built on a playground in Trondheim, Norway, is a wonderfully whimsical structure that provides a place not only to warm up, but to spend time telling stories. Its unique shape is reminiscent of traditional Norwegian turf structures, with a hole at the top for the smoke to escape. A concrete base provides a seating area all around the fire, encouraging bonding over scary stories or tall tales.

Kids are encouraged to play in the structure, giving it a triple life as a decorative structure, a functional warming-up space, and an extension of the nearby playground. The architects, faced with an extremely limited budget, found an inexpensive building material at a nearby construction site. Information. Why Animals "Adopt" Others, Including Different Species. A feel-good tale of sperm whales "adopting" a deformed bottlenose dolphin made an Internet splash this week .

The story resonated with readers, including Reddit commenter Fallapoo , who said: "I see a Disney movie in the works. " But the marine mammals aren't the only ones that form odd alliances, experts say. Such adoptions are relatively common among domestic animals, and occasionally seen in the wild, according to Jenny Holland, author of the 2011 book Unlikely Friendships . ( Read a Q&A with Holland about her book .) Some examples include a dog that nursed a baby squirrel as part of her own litter, captive apes that treated cats like infant apes, and a dog that watched over a baby owl , Holland said by email.

Ants Are Capable of Changing Their Priorities. Ants are highly social and they must work together to provide food and shelter for the entire colony. 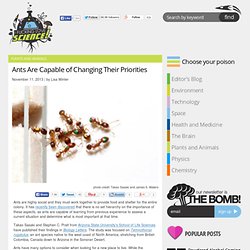 It has recently been discovered that there is no set hierarchy on the importance of these aspects, as ants are capable of learning from previous experience to assess a current situation and determine what is most important at that time. Takao Sasaki and Stephen C. Pratt from Arizona State University’s School of Life Sciences have published their findings in Biology Letters. The study was focused on Temnothorax rugatulus, an ant species native to the west coast of North America, stretching from British Colombia, Canada down to Arizona in the Sonoran Desert. Ants have many options to consider when looking for a new place to live. While house-hunting, humans may have to tradeoff between things like yard size and proximity to a highway. 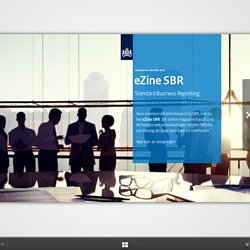 Dit online magazine houdt u op de hoogte van ontwikkelingen binnen SBR die van belang zijn voor bedrijven en overheden. 29 Incredibly Useful Websites You Wish You Knew Earlier. There are so many wonderful websites around, and it is difficult to know each and every one of them. 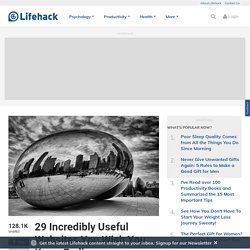 The below list provides some of those websites that I find particularly helpful, even though they are not as famous or as prevalent as some of the big names out there. 1. BugMeNot Are you bugged constantly to sign up for websites, even though you do not wish to share your email? If yes, then BugMeNot is for you. 2. This nifty little website tracks whether the emails sent by you were opened and read by the receiver.

If you are on a constant lookout of free full length movies, then Zero Dollar movies provides a collection of over 15,000 movies in multiple languages that are available to watch for free on Youtube. 4. Livestream allows you to watch and broadcast events live to viewers on any platform. Geocube - The world of Geography at your fingertips. Tips. Banned Apps Live Here. Getting things done. A–Z Index. CK-12 Help Center.