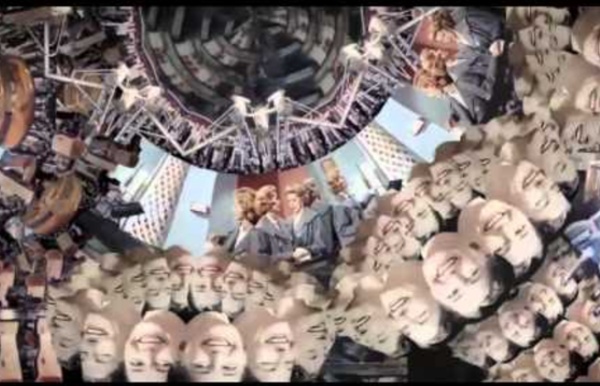 Submitted HammUEr, a Hammer/Worldcraft map importer for Unreal Engine What is it?HammUEr is a (currently Windows only) plugin that lets you build your levels with Valve's Hammer Source map editor (VMF), Doom3's DoomEdit (MAP/PROC) or a Quake-based map editor like Radiant, Jackhammer or Trenchbroom (MAP). With just a few simple clicks, you can have them imported into your Unreal Engine project as a collection of meshes placed in your scene the way you want, where you want. Joel-Peter Witkin photography - Joel-Peter Witkin One of the most renowned American photographer Joel-Peter Witkin was cursed as a Satanist for his work, his exhibitions have repeatedly tried to close, and yet, for the fourth time he is awarded for his contribution to British fine art. In Witkin’s early childhood right in front of his house a little girl was decapitated in a car accident which he saw. This nightmare affected all his life.

Top 25 Informative Maps That Teach Us Something Uniquely Different About the World Population of Southeast Asia Compared to the Rest of the World Maps can be great guides for more than just finding routes for traveling. They often provide insight on the rest of the world. Taking a look at certain maps can be incredibly informative, especially when comparing the standing of countries in relation to one another. Importing Static Meshes There are many tools within UE4 that can help you create assets for your levels. However, there may come a time where you have to create an asset in an exterior application and import it into UE4. In this How-to, we will go over the basics on how to import a Static Mesh that was made in another 3D application into UE4 so that it may be used in your levels. Set Up If you are creating a level in UE4, chances are that you have made some 3D models in another application and now you are ready to put that model into UE4.

Adrain Chesser Photographs Of The Reactions Of Loved Ones The Moment He Tells Them He Has Aids In his latest series, “I Have Something To Tell You”, Adrain Chesser uses his own illness, AIDS, in order to catalogue the pure, raw emotional reactions of his friends and family as they are told the terrible news . The Florida-born photographer, snapped portraits of his loved ones moments after he shared this life-changing information. “When I thought about having to disclose my illness to my friends I would panic, which didn’t make sense, because I have an amazing group of friends who are all very loving and supportive”

LEAKED NASA DOCUMENT REVEALS CURRENTLY IMPLEMENTED PLAN TO ... COMMIT GENOCIDE On a MASSIVE SCALE... DOWNLOAD THIS NASA PDF NOW, BEFORE IT DISAPPEARS! FWIW, I HAVE IT! THE LINK HERE WORKS FOR NOW! Building Unreal Paris I first discovered the 3D world through the Hammer map editor that I used mostly for fun. I then joined a 3D school focused on architectural visualization for two years. I continued to train myself on realtime technologies and got hired by the studio Arkane as Level-Architect to work on Dishonored (powered by the Unreal Engine 3). A year later, I left the gaming industry to come back to architectural creations, and level design got back to its place: my hobby. I created the Unreal Paris project because I wanted to combine the knowledge accumulated in these two branches of the computer graphics industry to produce an architectural interactive experience that would appeal to me and my friends!

Louis C.K.'s Explanation of Why He Hates Smartphones Is Sad, Brilliant Yes, or you can view it as he keeps his kids from having smartphones in lieu of actually taking an interest in how his kids interact with other kids...not looking over their shoulders 24/7, but just seeing how they treat others and teaching them to not bully other kids. You can give your kid a smartphone and still be a good parent. I think he's chosen to manage one aspect over another.

Fun with Fractals Not the Mandelbrot Set Okay, there's only so many times you can look at a Mandelbrot Set without getting bored. After a while, you think, is that all there is? Auto Brewery Syndrome - An Overview From a DUI Lawyer Can alcohol be created by the human body itself — without any drinking? Apparently so. In an interesting scientific article, two physicians at Union Memorial Hospital in Baltimore reported that they detected the odor of beer in three of their patients. This was in an isolated hospital setting; there was no access to alcoholic beverages. The doctors had urine samples taken and analyzed by gas chromatography. Result?

Chocolate Tree Books: Book List Relativity theory is usually considered to consist of two main parts: a restricted theory that assumes flat spacetime ("special relativity"), and a more ambitious model (Einstein's "general theory of relativity") that allows curved spacetime. The general theory is assumed to reduce to the "special" theory over small regions of spacetime. However, towards the end of his life, Einstein seemed to have lost confidence in this two-stage approach, and appeared to be presenting the adoption of special relativity as a historical fluke, and suggesting that he no longer believed that it was valid to model physics in the absence of curvature "" (Scientific American, April 1950). Adopting a ground-up approach, the book makes heavy use of illustrations to explain some basic principles of relativity theory, and also has chapters on black holes, wormholes, cosmology and warp drive theory.

Why Pot Makes You Feel Good Photo Credit: Shutterstock.com/takito August 18, 2013 | Like this article? Join our email list: Stay up to date with the latest headlines via email. Last week, CNN’s Dr. Techniques Here at SketchUpArtists we have always been fascinated in experimentation with SketchUp alone or in combination with other different applications in developing unique and visually attractive styles of presentation. We have witnessed some great styles and techniques that have evolved over time and here we are presenting some off site and on site links to them. The Painted Look by Alex Hogrefe With this technique Alex does things manually giving him better control with where and how he creates his brush strokes. This is a superb painterly effect that will really impress and add a new dimension to your images. Don’t forget to check out Alex’s website….excellent tutorials and tips!