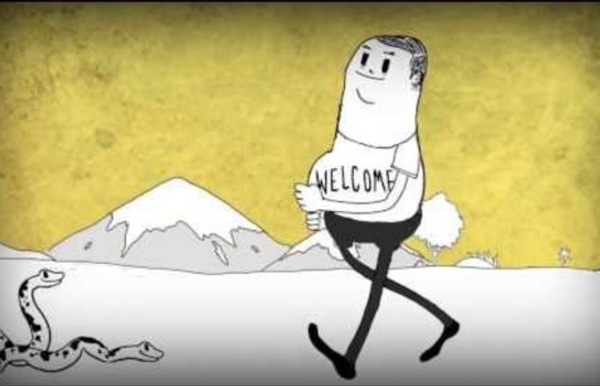 Samsung Galaxy Ace II x explodes causing bedroom fire - Toronto Hope Casserly will never forget the night of Oct. 22 when she was awakened at around 1:30 a.m. by a loud popping sound. She says she is still stunned by what happened next. "My back was to the phone and ah — I saw a light going across my shoulder, which would be the inside of the battery on fire. It hit the wall and fell onto my bed," she said. IPhone lights girl's pants on fire

Surreal satellite pictures of our planet (22 pictures). Alaska North Slope. Uvs Lake, Mongolia. Uluru, Australia. Sudan. South Island of New Zealand. About Ecological Footprint Right now we consume the equivalent of 1.5 planets' worth of natural resources every year! Did you know that if everyone on the planet lived like the average American, we would need 5 Earths to sustain our lifestyle? Where does that number come from? The President of Perpetual War The President of Perpetual War Posted on Jan 25, 2013 By David Sirota Four years into his presidency, Barack Obama’s political formula should be obvious. He gives fabulous speeches teeming with popular liberal ideas, often refuses to take the actions necessary to realize those ideas and then banks on most voters, activists, reporters and pundits never bothering to notice—or care about—his sleight of hand. Whether railing on financial crime and then refusing to prosecute Wall Street executives or berating health insurance companies and then passing a health care bill bailing out those same companies, Obama embodies a cynical ploy—one that relies on a celebrity-entranced electorate focusing more on TV-packaged rhetoric than on legislative reality.

Odyssey.js Scroll Plymouth Sound, England A nautical chronometer made by Thomas Earnshaw (1749–1828), and once part of the equipment of HMS Beagle The morning of 27 December, the Beagle left its anchorage in the Barn Pool, under Mount Edgecumbe on the west side of Plymouth Sound and set out on its surveying expedition. St. Jago, Cape Verde Islands modern day Praia Egyptian mummy's coffin opened by U.S. scientists for conservation work Once the lid was off the wood coffin holding the 2,500-year-old mummified remains of a 14-year-old Egyptian boy, scientist J.P. Brown could relax. The conservator at Chicago's Field Museum and three other scientists had just used clamps and pieces of metal to create a cradle to lift the fragile lid. Wearing blue surgical gloves, they slowly lifted the contraption containing the coffin lid and carefully walked it to a table in a humidity-controlled lab at the museum. "Sweet!"

MK Ultra: CIA Admits Behavioral Engineering On Humans BY Arjun This may be old information, but many people have yet to hear about project MK Ultra. It was the name for a previously classified research program through the CIA’s scientific intelligence division. It was the CIA’s program of research in behavioral modification on human beings that’s now declassified. News: Rain Forest For centuries, humans have relied on rain forests for a variety of products. Foods such as tomatoes, peppers, corn, rice, coconuts, bananas, coffee, cocoa, tapioca, beans, and sweet potatoes all originally came from the rain forest. Many civilizations have exploited the timber in rain forests and cleared the land for farms. Some preliterate tribes have actually lived in the rain forests for thousands of years.

If you think we're done with neoliberalism, think again ‘The demands of the ultra-rich have been dressed up as sophisticated economic theory and applied regardless of the outcome.' Illustration: Daniel Pudles How they must bleed for us. In 2012, the world's 100 richest people became $241 billion richer. They are now worth $1.9 trillion: just a little less than the entire output of the United Kingdom. This is not the result of chance.

World's Tallest Waterslide: Why You Don't Fall Off Standing taller than Niagara Falls, a new waterslide — appropriately named Verrückt, which means "insane" in German — opened on Thursday (July 10) in Kansas City, Kansas. The slide stands 168 feet 7 inches (about 51 meters) tall, and is now officially recognized by Guinness World Records as the tallest waterslide in the world. After the first 17-story drop at a 60-degree angle, riders swoop up a hill, before plunging down a 60-foot (18 m) drop and landing safely in a splash pool. A rider's raft reaches speeds of about 65 mph (29 m/s), and the entire harrowing ride lasts all of 10 seconds. The ride was originally scheduled to open on Memorial Day, but the rafts kept flying off the chute during test runs. So what does it take to keep a raft from picking up too much speed and separating from the chute?

E-cigarettes surpass regular smoking by U.S. teens, survey finds - Health Electronic cigarettes have surpassed traditional smoking in popularity among teens, the U.S. government's annual drug use survey finds. Even as tobacco smoking by teens dropped to new lows, the use of e-cigarettes reached levels that surprised researchers. The findings marked the survey's first attempt to measure the use of e-cigarettes by people that young. Nearly 9 per cent of eighth-graders said they'd used an e-cigarette in the previous month, while just 4 per cent reported smoking a traditional cigarette, said the report being released Tuesday by the National Institutes of Health. Use increased with age: Some 16 per cent of 10th-graders had tried an e-cigarette in the past month, and 17 per cent of high school seniors. Regular smoking continued inching down, to 7 per cent of 10th-graders and 14 per cent of 12th-graders.

How They Rebuilt Stonehenge Monday, 1 July 2013 UFO Aliens UK "For decades the official Stonehenge guidebooks have been full of fascinating facts and figures and theories surrounding the world's greatest prehistoric monument. What the glossy brochures do not mention, however, is the systematic rebuilding of the 4,000 year old stone circle throughout the 20th Century.