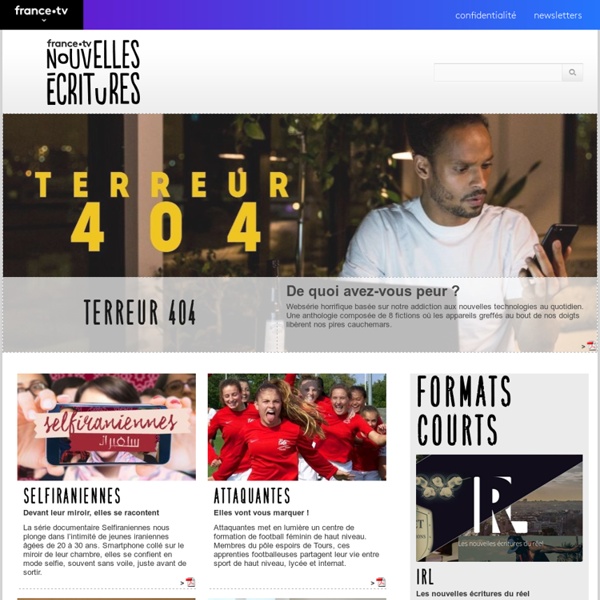 Flat design Definition and purpose[edit] Flat design refers to a style of interface design which removes any stylistic choices that give the illusion of three-dimensions (such as drop shadows, gradients, textures, or other tools that add depth)[1] and is focused on a minimalist use of simple elements, typography and flat colors.[2] Designers may prefer flat design because it allows interface designs to be more streamlined and efficient. It is easier to quickly convey information while still looking visually appealing and approachable.[3] Additionally, it makes it easier to design an interface that is responsive to changes in browser size across different devices. With minimal design elements, websites are able to load faster and resize easily, and still look sharp on high-definition screens.[1] As a design approach, it is often contrasted to skeuomorphism [4] and rich design.[1] In the 1980s, computer-based user interfaces were a foreign concept to most users.

Ferguson firsthand: Walk around the shooting scene in this bold virtual-reality experiment This is an interactive experience that explores Michael Brown’s death using a combination of graphic journalism and virtual reality. It allows you to move through an immersive recreation of the Ferguson shooting—and view the events based on eight eyewitness accounts. The witnesses’ stories, all given shortly after the August 9th shooting, have been interpreted in comics form by the graphic journalist Dan Archer. Eyewitness accounts are notoriously fallible and contradictory. The aim of this piece is to compare and contrast the eyewitness reports—and allow you to see how this single incident has given rise to such a wide range of perspectives.

DEVICE 6 A surreal thriller in which the written word is your map DEVICE 6 plays with the conventions of games and literature, entwines story with geography and blends puzzle and novella, to draw players into an intriguing mystery of technology and neuroscience. Anna wakes up in a castle on a remote island, with little recollection of how she got there. All she remembers is an unusually unpleasant doll… Acropole d'Athènes The Propylaia, famous already in antiquity for its brilliant coffered ceilings and the unique design of the monumental entrance to the sanctuary of Athena, was a work of the architect Mnesikles (437-432 B.C.). It consists of a central building with two six-columned Doric porticoes east and west and two Ionic colonnades in the interior, framed at the north and south by two wings with porches in the Doric order. The outbreak of the Peloponnesian War meant that the final work on the surfaces of the monument was never completed. The destruction of most of the superstructure of the central building during the years 1640-1830 , after the explosion of gunpowder that was stored in the monument by the Turks, has led to a gradual loss of authentic building material, so that until now no more than one fifth of it had been recognised.

Karen Karen is a life coach and she’s happy to help you work through a few things in your life. You interact with Karen through an app. When you begin, she asks you some questions about your outlook on the world to get an understanding of you. In fact, her questions are drawn from psychological profiling questionnaires. She – and the software – are profiling you and she gives you advice based on your answers. Writing Augmented Reality Applications using JSARToolKit This article discusses APIs that are not yet fully standardized and still in flux. Be cautious when using experimental APIs in your own projects. Introduction This article is about using the JSARToolKit library with the WebRTC getUserMedia API to do augmented reality applications on the web. For rendering, I'm using WebGL due to the increased performance it offers. The end result of this article is a demo application that puts a 3D model on top of an augmented reality marker in webcam video.

A Rogue State Along Two Rivers Aleppo: Ejected by Other Rebel Groups In 2013, ISIS emerged from the remnants of Al Qaeda in Iraq and began to operate in Syria. The vacuum created by the country’s civil war provided a place for ISIS to rebuild.