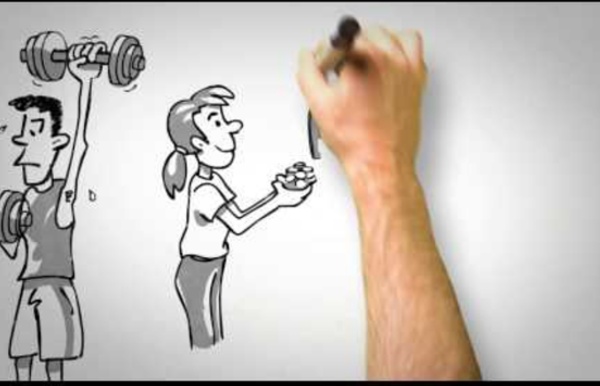 Robert Cialdini explains the six ways to influence people - Interview: Dr. Robert Cialdini Dr. Robert Cialdini is the authority on the study of persuasion. His classic book, “Influence” has sold millions of copies and is widely regarded as the go-to text on the subject. What makes the book so special is it’s not just a collection of academic studies on college students.

Speech Analysis: How to Critique a Speech Published: Jan 18th, 2008 Studying other speakers is a critical skill, one of the 25 essential skills for a public speaker. The ability to analyze a speech will accelerate the growth of any speaker. How English and German are related and how their vowel sounds developed Once long ago there were a group of people known variously as the Saxons, Angles, Jutes and Franks. We don't know what they called their language but we call it Proto Germanic. It is called this because it is the ancestor of all Germanic languages. The Germanic languages include languages like English, German, Dutch, Frisian, German, Luxembourgish, Swedish, Danish, Norwegian, Icelandic, Faroese and others. My favourite part of linguistics is looking at how languages change over time. Language is part culture and part biological entity.

How To Analyze a Television Commercial 98.1% (1) of American households have a television, while 99% of people in America can read (2). This means that being able to read barely beats out having a television in your home. Most of us were taught to read when we were very young, but did we ever learn how to watch television? We watch our television shows, and many of us get annoyed when a commercial interrupts our program. But what if we stopped to consider for a moment, that maybe we have it all wrong. How Do People Make Choices Anyway? This is important to you because customers are misjudging the value they expect to get from your services, and deciding not to choose you because of it! Back to expected value. How do people estimate the value of buying something to them? Expected Value = (Odds of Gain) x (Value of Gain) So if they judge the odds of success with your product to be lower than it is in reality, you can see why they might decide not to purchase your product overall. How do people make errors when predicting probability (including their probability of benefiting from your services)?

NYPD Hostage Negotiators On How To Persuade People: 4 New Secrets I’m pretty sure I just heard a gunshot. And that means she’s dead. Hold on, I guess I better back up and explain… A 911 call came in. Engage Now - Student Interactions - teacher heath Do you hear your students say things like: "No! That's Wrong!" "What are you talking about?" "Stop being so bossy!" Students Learn MORE when they discover new ideas from each other. One Language, Many Voices - Accents and dialects Short description: Recordings in this collection can be played by anyone. This selection of recordings documents the way that people define their own accent. The collection, created between November 2010 and April 2011 by visitors to the British Library exhibition, Evolving English: One Language, Many Voices includes descriptions of accents influenced by geography, education, friends, family, occupation, social class and the media. Each person was asked to say where they thought their accent came from, including whatever information they thought was relevant.

Chapter 29 : Analyzing News in the Media : ANALYZING MEDIA: Political Ads ANALYZING MEDIA: Political Ads Vote for me!Like advertisers, politicians rely on TV advertising to essentially "sell" themselves—their beliefs, image, political agenda, and values—to voters during election time. Locus of Control: External or Internal? [TEST] Locus of control is allocation of responsibility for events in your life. Do you feel like you are in control of your environment and the outcomes you are getting, or do you feel helpless and frustrated as if you were caught up in the river of life? Do you think that your achievements are the direct result of your efforts or, perhaps, just plain luck? Your locus of control — internal (I am in control) or external (things just happen to me) — has some serious consequences. It defines your behavior, your reactions, your motivation, and much more. While both extremes are unrealistic, people with internal locus of control tend to be more hard charging and, as a result, more successful than those with external locus of control.

How To Be Persuasive: 7 New Secrets From Hostage Negotiation We all have to have difficult conversations. And they’d be easier if you knew how to be persuasive. Whether it’s dealing with family members, buying a car or negotiating a raise, persuasion is always a useful skill. But much of what you read doesn’t work in tough scenarios. BusyTeacher.org It’s only natural. After all, they are trying to talk in a language they are still working on learning. Still, silence can be deadly in the ESL classroom for your students and you. No-deal Brexit: 10 ways it could affect you Image copyright Getty Images Prime Minister Boris Johnson has vowed to leave the EU "come what may" by the 31 October - the date the UK must depart if no deal has been reached. An extra £2.1bn of funding has been announced to prepare for such a no-deal Brexit. How could you be affected if the UK does leave the EU without an agreement? 1. The contents of your shopping basket may change

This video provides tips on how to be a persuasive talker by teaching us about different types/methods of persuasion. by seanquay Jan 22