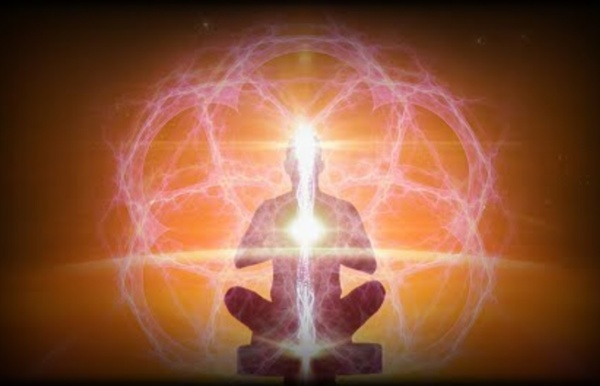 Scientific Evidence of Jedi Powers and How To Develop Them By Brendan D. Murphy, guest contributor for WakingTimes.com “Repeated ignorant or stubborn denial of the existence of certain powers does not keep them from existing—except for us!” —Harold M. Sherman, psychic Preamble The Four Bodies of Existance - Soulmerging Spiritual Healing and Awakening This article describes the Physical, Mental, Emotional and Spiritual Bodies of Existance Embedded in Leonardo Divinci’s Vitruvian Man is one of the greatest secrets regarding enlightenment. You will notice there are two sets of arms, two sets of legs with a circle and square around the image. This mystical and yet very recognizable drawing is depicting the sacredness of the four bodies of human vibrational existence.

Is Life Just A Gaming Experience? 7th March 2016 By Ian Brown Guest Writer for Wake Up World When walking a spiritual path through life, it becomes apparent that this reality is not as ‘real’ as it once appeared. Plato’s Cosmology: The Timaeus Literally, “craftsman.” The creator of Plato’s physical world is not a divine intelligence or a personal ruler, but (as it were) a manual laborer. Cf. Vlastos, Plato’s Universe (pp. 26-27):

self-organised criticality Bak's evolution model is derived from the failed attempts which he and Stuart Kauffman made to produce self-organised critically (SOC) in the Kauffman NKC model: a model also referred to as 'interacting dancing landscapes'. Using this model, Bak and some collaborators devised another model that successfully displayed SOC. This model is particularly illustrative of Bak's ideas and the theory of SOC. Bak uses this model to show not only characteristics of the state of SOC but also features of the 'transition state' from a (non self-organised) initial state to the state of SOC. It seems important to start by describing the original NKC model because of the importance Bak attributes to it.

Occult (Hidden) Knowledge How Time, Words and Money are Used to Enslave Us (HowToExitTheMatrix.com) According to the three-part video series The Golden Web, this holographic illusion we are living in is derived from a super computer on Saturn that works with the moon to control every aspect of our lives. Time, words, and money are all interweaved to create an energy siphoning system that is more complex than most people realize. If the information shared in these three videos (at the end of this article) is accurate, then we just may have identified soul-utions to stop us from being tricked into slavery. Read More The Occult Meanings of Israel and the Sinister Agendas of the Zionists

Imaginal Power : "Morphic Resonance" & the power of Consciousness - Acore Public Forum: tinyurl.com/Acore-Public - Green Energy Investors Imaginal Power : "Morphic Resonance" & the power of shared Consciousness Rupert Sheldrake's "Morphic Resonance" may be a Key to understanding this power The idea which I call "Imaginal Power" may be New to many, so I want to introduce it in stages. First, a quote: "I Think, Therefore I am." - Rene Descartes The Personal Stories Behind PrimaSounds - PrimaSounds I first started hearing tales of a secret music with magical powers about the time I left home for college in 1969. When I started college I was an 18 year old, straight, golfer type with a passion for reading. But soon the times swept me along, my hair grew and I started opening up to many new things.

17 – The Next and Last 911 – The Olympians – Aleister Crowley – O.T.O. – The RoseBush – Sports – The Devil’s Triangles – The Olympics Google Video – illuminatiMATRIX explanatory video detailing the foundational root of hypnosis, religion, intellectualism and who and what god is. Click here to watch video. YouTube Video highlighting some of the subliminal elements hidden in the Dome of the Rock in Jerusalem Please read the next paragraph before watching the ROCK VIDEO.