Non-Newtonian Fluid on a Speaker Cone 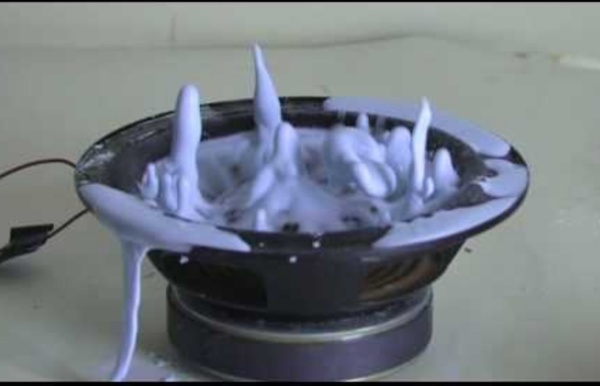 A Sense of Scale By Glenn Elert Posted 01.08.08 NOVA At roughly minus 460°F, absolute zero is abysmally cold, yet at least we can imagine it. Being only a few hundred degrees below zero, it's in the realm of something we can put our minds around. Police seize hundreds of bottles of booze…with rattlesnakes inside March 17th, 2008 · No Comments The Texas Alcoholic Beverage Commission seized 411 bottles of illegal liquor from Bayou Bob’s Bazos River Rattlesnake Ranch. The bottles contained moonshine and, as an added gift, a 10-inch rattlesnake. Kowloon Walled City History[edit] Military outpost[edit] Lung Tsun Stone Bridge and Lung Tsun Pavilion (Pavilion for Greeting Officials) of Kowloon Walled City in 1898. The history of the Walled City can be traced back to the Song Dynasty (960–1279), when an outpost was set up to manage the trade of salt. Little took place for hundreds of years afterward, although 30 guards were stationed there in 1668.[1] A small coastal fort was established around 1810.[2] In 1842, during Qing Emperor Daoguang's reign, Hong Kong Island was ceded to Britain by the Treaty of Nanjing. As a result, the Qing authorities felt it necessary to improve the fort in order to rule the area and check further British influence.

Top 10 Most Influential Scientists - Top 10 Lists Humans This is part one of what will be a two part series on the most influential scientists in history. While these are not technically the “greatest” scientists, there is bound to be some overlap as the contributions that many of these men and women made to science are among the most important. Be sure to tell us who you think should be on the future list – we already have our second ten, but it might lead to a third or fourth. Marie Curie “One never notices what has been done; one can only see what remains to be done.” How much was a loaf of Brad in 1975 To find the answer, we must first quantify the value of Brad. So how much is a human life worth? According to research by Stanford economists, a year of human life is worth about $129,000.

The Upsidedown Map Page - World Maps with South at the Top-Mozilla Firefox It needn't be a Eurocentric world It came as a surprise to me after over 20 years of seeing "normal" world maps to come across an upside down one. The most surprising thing was that I found it surprising. It is completely artificial that we have North at the top of a map. The convention came a few centuries ago when Northern hemisphere, European navigators started using the North star and the magnetic compass. Before that, the top of the map was to the East which is where the word orientation comes from.

Electric fish diverging Carl Hopkins Although these fish look alike and have the same DNA genetic makeup, they have very different electrical signals and will only mate with fish that produce the same signals. Cornell researchers believe that these different electrical signals are the fishes' first step in diverging into separate species. Avoiding quicksand along the banks of the Ivindo River in Gabon, Cornell neurobiologists armed with oscilloscopes search for shapes and patterns of electricity created by fish in the water. They know from their previous research that the various groups of local electric fish have different DNA, different communication patterns and won't mate with each other. However, they now have found a case where two types of electric signals come from fish that have the same DNA.

Raymond Robinson (Green Man) Raymond "Ray" Robinson (October 29, 1910 – June 11, 1985) was a severely disfigured man whose years of nighttime walks made him into a figure of urban legend in western Pennsylvania. Robinson was so badly injured in a childhood electrical accident that he could not go out in public without fear of creating a panic, so he went for long walks at night. Local residents, who would drive along his road in hopes of meeting him, called him The Green Man or Charlie No-Face.

Morka, p4 Morka, page 4 All artwork on this page is © copyright 2009 the artists. Photos and images from Morka.YCP.ZEK from Croatia. in Rijeka, Croatia 2005 in Parenzo, Croatia 2008