Insects & Robots, Smile (7/26/2010) More Like Alchemy: Circle of Power by !mortalsin. Alchemy eye. Symbols. Sacred-texts home Esoteric Sub Rosa One of the key markers of intelligence is the ability to manipulate symbolic thought. 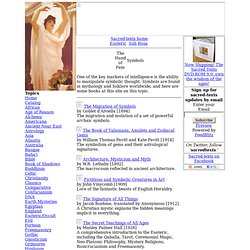 Handfate.jpg (256×231) Navajo Symbols. Some students of ethnology believe that 4 is the number which symbolizes this present earth and everything we find here. 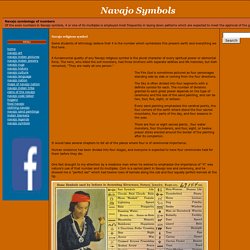 A fundamental quality of any Navajo religious symbol is the plural character of every spiritual power or elemental force. The hero, who killed the evil monsters, had three brothers with separate abilities and life histories; but Klah remarked, "They are really all one person. " The Fire God is sometimes pictured as four personages standing side by side or coming from the four directions. The Sky is often divided into four segments with a definite symbol for each. 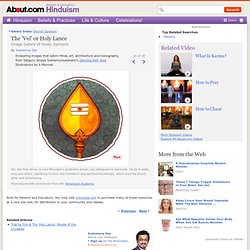 Illustrations by A Manivel. Vel, the holy lance, is Lord Murugan's protective power, our safeguard in adversity. Its tip is wide, long and sharp, signifying incisive discrimination and spiritual knowledge, which must be broad, deep and penetrating. Reproduced with permission from the Himalayan Academy Note for Parents and Educators: You may visit minimela.com to purchase many of these resources at a very low cost, for distribution in your community and classes. Swastika Information. Swastika Information Swastika (swos'ti ka or, esp. 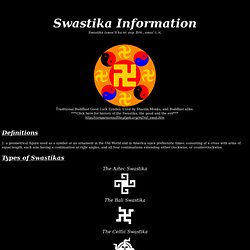 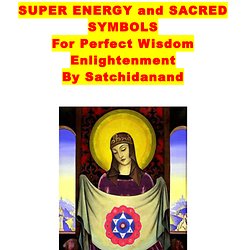 This is a good introduction to the main theories of transactional analysis. However, it describes TA in quite mechanical terms. Sacredtreeassyrian. Genesis' "Tree of Life" is a Date Palm? 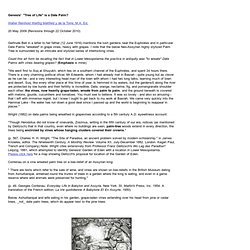 20 May 2009 (Revisions through 22 October 2010) Gertrude Bell in a letter to her father (12 June 1916) mentions the lush gardens near the Euphrates and in particular Date Palms "wreated" in grape vines, heavy with grapes. I note that the below Neo-Assyrian highly stylized Palm Tree is surrounded by an intricate and stylized series of interlocking vines. Could this art form be recalling the fact that in Lower Mesopotamia the practice in antiquity was "to wreate" Date Palms with vines bearing grapes? 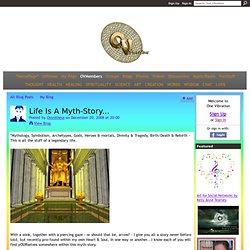 With a wink, together with a piercing gaze - or should that be, arrow? - I give you all a story never before told, but recently pro-found within my own Heart & Soul. Sacred geometry. As worldview and cosmology[edit] The belief that God created the universe according to a geometric plan has ancient origins. 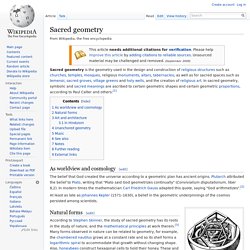 Plutarch attributed the belief to Plato, writing that "Plato said God geometrizes continually" (Convivialium disputationum, liber 8,2). In modern times the mathematician Carl Friedrich Gauss adapted this quote, saying "God arithmetizes".[2] At least as late as Johannes Kepler (1571–1630), a belief in the geometric underpinnings of the cosmos persisted among scientists. Closeup of inner section of the Kepler's Platonic solid model of planetary spacing in the Solar system from Mysterium Cosmographicum (1596) which ultimately proved to be inaccurate Natural forms[edit] Art and architecture[edit] Geometric ratios, and geometric figures were often employed in the design of Egyptian, ancient Indian, Greek and Roman architecture. 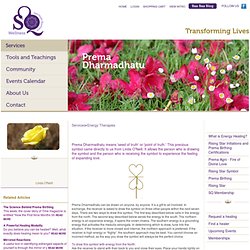 It allows the person who is drawing the symbol and the person who is receiving the symbol to experience the feeling of expanding love. Prema Dharmadhatu can be drawn on anyone, by anyone. To draw this symbol with energy from the North: Ask the receiver to stand with their back to you and close their eyes. You then draw Prema Dharmadhatu over the heart chakra on the person’s back and down their spine as shown below. Please keep in mind: *It is important that on step two, you draw 12 points, not 9 or 13. Step 1: Starting at the center point between the person’s shoulder blades, using both your hands and all of your finger tips, begin to draw the upper heart from its dip.