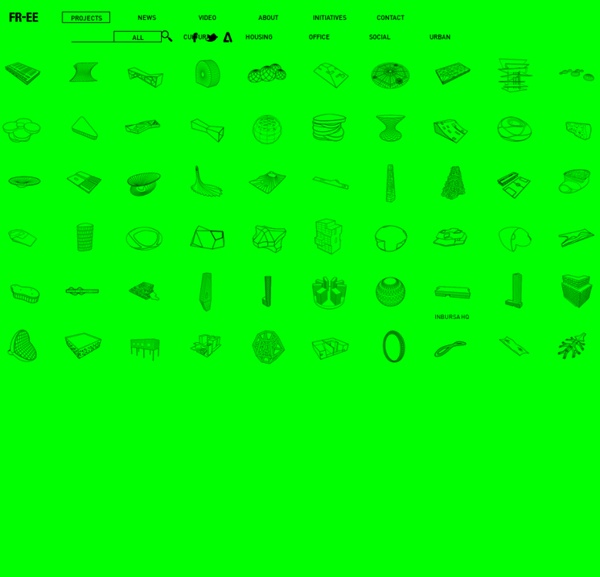 Taller 13 Metal Fabrics - Omega 1510 / GKD Metal Fabrics With a wide variety of options available, together with our fabric swatch sample shipment program and knowledgeable sales representatives, we can help determine the right solution for your design. Start by ordering a sampling of any of our weaves in either a made-to-order sample box containing just the swatches that interest you the most, or choose our signature sample box which contains our most popular weaves. GKD Metal Fabrics' Omega 1510 at Piper High School, by DLR Group From concept to installation, we believe in an efficient, design-to-build process that utilizes collaborative project engineering to anticipate and exceed your metal fabric needs.

Surreal Renderings of Disaster-Resistant Structures The following article by Priscilla Frank originally appeared in The Huffington Post as "Artist Designs Surreal Futuristic Forts That Can Withstand Natural Disaster." Dauphin Island, located off the coast of Alabama in the Gulf of Mexico, is known for experiencing perpetual and catastrophic hurricanes. When a storm hits the small island of around 1,200 people, it often washes away much of the coastline with it, leaving residents to rebuild their homes again and again following every big storm. Artist Dionisio González became fascinated by this society's ability to endure creation and destruction in such rapid succession, willingly succumbing to the whims of nature's cycles time and time again.

The 20 Most Popular Projects of 2015 If there's one word that sums up our most popular projects of 2015, it's "diversity." The list features architects ranging from old favorites such as SANAA, Diller Scofidio + Renfro and OMA down to newer names like Sculp[IT] and Tropical Space; it also includes everything from museums to multi-family housing and spa retreats to chapels - along with the usual smattering of private residences. Interestingly, this year's list also shows the symbiosis between great architecture and great photography, with no less than 4 projects also appearing in our most bookmarked images from this year's World Photo Day. But despite their diversity, there's one thing all of these 20 projects have in common: great architecture. So settle in, relax and read on - here's our 20 most popular projects of 2015.