In Memoriam: Wim Crouwel 1928-2019. Iconic graphic designer, type designer and the true king of grid, Wim Crouwel passed away in his hometown, Amsterdam, at the age of 90. 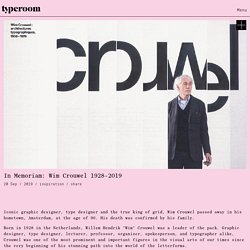 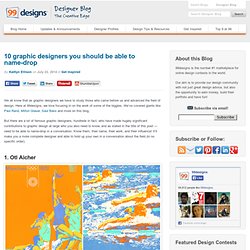 Here at 99designs, we love focusing in on the work of some of the biggies. We’ve covered giants like Paul Rand, Milton Glaser, Saul Bass and more on this blog. But there are a lot of famous graphic designers, hundreds in fact, who have made hugely significant contributions to graphic design at large who you also need to know, and as stated in the title of this post — need to be able to name-drop in a conversation. Know them, their name, their work, and their influence! It’ll make you a more complete designer and able to hold up your own in a conversation about the field (in no specific order). 1. Munich 1972 Olympics poster: Otl Aicher (via Phaidon) Graphic Design Visionaries: 75 grandi maestri raccolti in un libro - Frizzifrizzi. 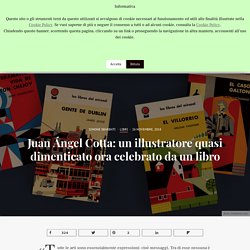 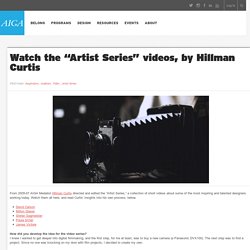 Watch them all here, and read Curtis’ insights into his own process, below. How did you develop the idea for the video series? I knew I wanted to get deeper into digital filmmaking, and the first step, for me at least, was to buy a new camera (a Panasonic DVX100). I top 5 designer che devi seguire e perché. Le donne del graphic design. 30 graphic designers to follow on Behance. 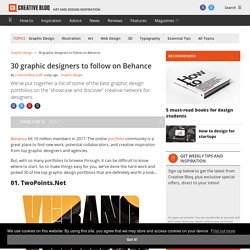 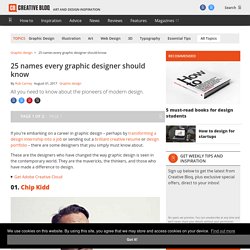 These are the designers who have changed the way graphic design is seen in the contemporary world. They are the mavericks, the thinkers, and those who have made a difference to design. Get Adobe Creative Cloud 01. Chip Kidd Based in New York City, Chip Kidd is best known for his stunning book jackets – most notably for seminal publishing house Alfred A. Jurassic Park is one of his most notable book covers, and in his 2005 monograph he explained the thinking behind it: "When trying to recreate one of these creatures, all anyone has to go on is bones, right? "Not only was the drawing integrated into the movie poster, it became the logo in the film for the park itself. 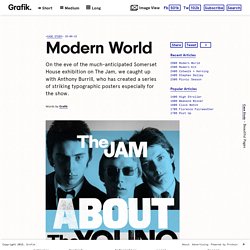 I knew I wanted to work with letterpress and wood type to give the identity a lo-fi raw quality. This was informed by the printed material in the band’s archive, because it was from the seventies it had a handmade analogue feel. The ephemera has a raw energy, I wanted to reflect. Lisa Guedel Dolle. You studied at Ecole cantonale d'art de Lausanne (ECAL), what's the course like there and what have you taken from it? 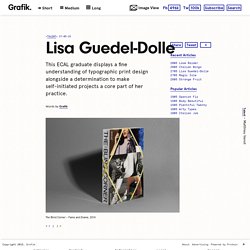 ECAL seems to be the perfect school for those who want to learn the essence of graphic design – typography, grids, typesetting, etc. It remains a small public art school where you can easily interact with students of all disciplines. During three intense years you learn almost all the basic design rules that allow you to develop your own practice and personal interests.

I believe ECAL owes its reputation to its professors. Besides being renowned professionals, they have always treated us with respect and consideration, which is extremely important in developing self-confidence and a desire for personal success. FEIXEN: Design by Felix Pfäffli. 15 grafici da seguire su Instagram. Paris versus New York, the book — vahram muratyan. Dafi kühne. Raquel Peixoto. Contributors. Tibor Kalman (July 6, 1949–May 2, 1999) was an influential American graphic designer of Hungarian origin, well-known for his work as editor-in-chief of Colors magazine. 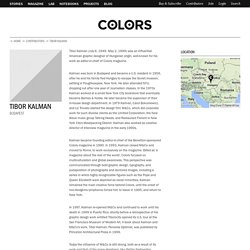 Kalman was born in Budapest and became a U.S. resident in 1956, after he and his family fled Hungary to escape the Soviet invasion, settling in Poughkeepsie, New York. He later attended NYU, dropping out after one year of Journalism classes. In the 1970s Kalman worked at a small New York City bookstore that eventually became Barnes & Noble. He later became the supervisor of their in-house design department. Fuyuki Hashizume design works. Soon - Portfolio. *branding by pablo picasso Ablynx: infographics XXXL PART 2 Creative imaging. 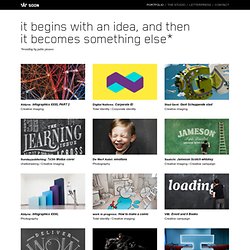 Top 20 graphic designers to follow on Pinterest. There are many ways that designers can make the most of social networks, but one of the best places to find inspiration has to be Pinterest. Having said that, with so many boards to wade through, it's also an easy place to lose hours of your life. So to help you find and pin the most interesting stuff, we’ve picked some of the best graphic designers to follow. Enjoy! 01. Daniel Nelson. Sophie Della Corte. Grafico e Web Designer - Home page di Andrea Del Gatto versione dark.