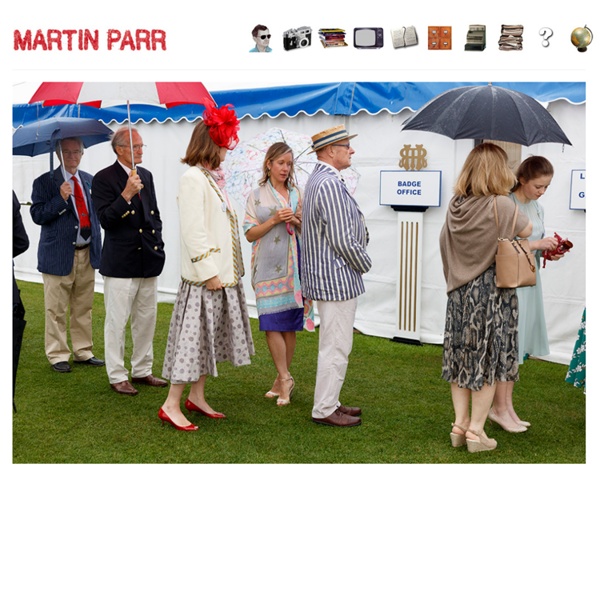 Joel Meyerowitz on Phaidon Taking My Time is the retrospective monograph covering the life and career of Joel Meyerowitz and provides you with an unprecedented insight into the mind and work of this iconic American photographer. This two-volume limited edition is presented in a slipcase and includes a signed print (Paris, France, 1967), a DVD of Meyerowitz’s award-winning film, Pop, a unique 'graphic novel' insert that tells the story of Pop and a second insert for Meyerowitz's lesson in colour versus black and white photography. Showing the growth and development of Meyerowitz and his photography from the 1960s to the present day, Taking My Time explores the pivotal points of Meyerowitz’s career and his experiments in both colour and black and white photography and explorations of human intimacy, architecture, light and space.

Gay Block's South Beach Photo Series Captures The Vibrant Life Of Jewish Retirees In Miami (PHOTOS) Before Art Basel took over Miami's South Beach, bringing international art stars to the town's pastel streets, the cozy Art Deco haven was a home for another beloved demographic -- Jewish retirees. Throughout the 1980s the elderly inhabitants occupied the affordable Miami hotels, living in a mini paradise filled with their own beachside gatherings and bold fashions choices. This more tranquil aspect of Miami's past is the subject of a new photography exhibit at New York's Howard Greenberg Gallery, featuring the work of Houston-born artist, Gay Block.

Review: Karyudo (A Hunter) by Daido Moriyama (Kodansha reissue) It seems safe to guess that many people will just hate the 2011 reissue of Karyudo (A Hunter) by Daido Moriyama. Instead of opting for the original layout the publisher, one of Japan’s largest and - as a Japanese student of mine told me - well known for its manga comics, produced a small book, with full-bleed images across the gutter (if its any consolation, the reissue of Japan: A Photo Theater even cuts up at least one image and produces two spreads out of it). I haven’t seen the original book (a quick Ebay search taught me I could either buy a copy or pay rent for half a year), but I’m absolutely loving this new version. (more) Of course, I’m no expert on Japanese photographer. I’m also not a purist.

Singing a Sad Song with Photographs Editors Note: As a fun experiment, we asked Bryan what the best song would be to listen to while you look at the images. He suggested this one: Bryan Schutmaat’s newly-released photographic series, Grays the Mountain Sends, is quite stellar. The images depict desolate regions and isolated communities of the western United States with a deft touch and a sympathetic eye. His landscapes become emotional statements, and his portraits force you to wonder about the lives of the sitters. Looking through the images and their chosen sequence, you begin to feel like a narrative story is being told, one who’s specific arc you may never really know. The Top 75 ‘Pictures of the Day' for 2012 *Update: The Top 100 ‘Pictures of the Day’ for 2012 have just been published. Click here to check out the most up-to-date post! After the positive reception from last year’s “Top 50 ‘Pictures of the Day’ for 2011“, the Sifter promised to highlight the top 25 ‘Pictures of the Day‘ at the end of every quarter, eventually culminating in an epic Top 100 for 2012.

BACK TO THE FUTURE : Irina Werning I love old photos. I admit being a nosey photographer. As soon as I step into someone else’s house, I start sniffing for them. National Geographic Photo Contest 2012 - In Focus Once again, National Geographic is holding its annual photo contest, with the deadline for submissions coming up on November 30. Beginning on September 1, the society started gathering and presenting galleries of submissions, encouraging readers to vote for them as well. National Geographic was kind enough to let me choose among its entries from 2012 for display here on In Focus. Gathered below are 50 images from the three categories of People, Places, and Nature, with captions written by the individual photographers. [50 photos] Use j/k keys or ←/→ to navigate Choose: Butterfly at sunset: Photographer Toni Guetta submitted this macro shot of a butterfly with the sunset in the background near Hod ha'sharon, Israel. (© Toni Guetta/National Geographic Photo Contest)