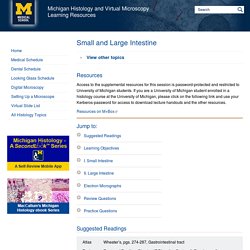 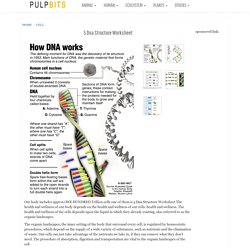 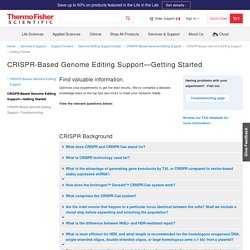 The gRNA has two molecular components: a target-complementary CRISPR RNA (crRNA) and an auxiliary trans-activating crRNA (tracrRNA). Both the gRNA and the PAM (NGG) motif guide the Cas9 nuclease to a specific genomic sequence to form a complex, followed by local strand separation (R-loop), at which the Cas9 nuclease creates a double-stranded DNA break (DSB) 3 nucleotides upstream from the PAM site. As a result, you may bring new functionality to the gene of interest via mutations, create knockouts, or introduce nonnative or synthetic genomic sequences to investigate novel applications. CRISPR also allows for non-editing application flexibility such as gene regulation or RNAi-related studies. Quick Learning Of Crispr Cas9 - 17 January 2015. 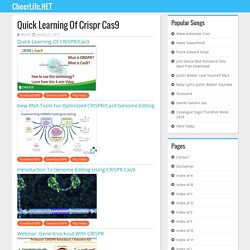 CRISPR - gene-editing for everyone. Figure 1 : Cell division : Nature. A, Prophase. 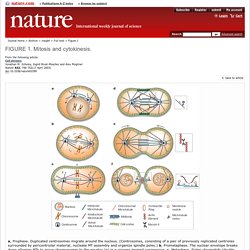 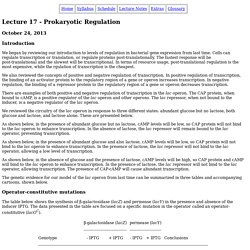 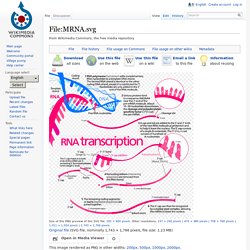 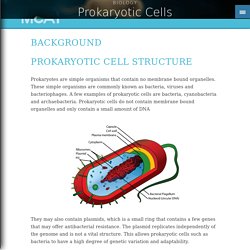 These simple organisms are commonly known as bacteria, viruses and bacteriophages. A few examples of prokaryotic cells are bacteria, cyanobacteria and archaebacteria. Prokaryotic cells do not contain membrane bound organelles and only contain a small amount of DNA. The most direct way to control the expression of a gene is to regulate its rate of transcription; that is, the rate at which RNA polymerase transcribes the gene into molecules of messenger RNA (mRNA)

The Lac operon, an example of a transcriptionally regulated system. 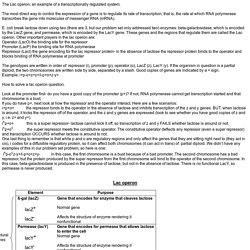 The most direct way to control the expression of a gene is to regulate its rate of transcription; that is, the rate at which RNA polymerase transcribes the gene into molecules of messenger RNA (mRNA). E. coli break lactose down using two (there are 3, but our problem set only addressed two) enzymes: beta-galactosidase, which is encoded by the LacZ gene, and permease, which is encoded by the LacY gene. These genes and the regions that regulate them are called the Lac operon. Other important players in the lac operon are: Operator (LacO) the binding site for the repressor. Regulation of Gene Activity and Gene Mutations. 15.1 Prokaryotic Regulation Bacteria do not require the same enzymes all the time; they produce just those needed at the moment. 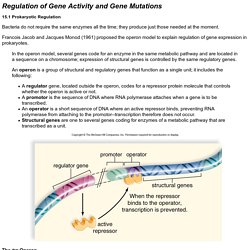 Francois Jacob and Jacques Monod (1961) proposed the operon model to explain regulation of gene expression in prokaryotes. In the operon model, several genes code for an enzyme in the same metabolic pathway and are located in a sequence on a chromosome; expression of structural genes is controlled by the same regulatory genes. Griffiths introduction to genetic analysis 10th textbook . contact fo… Flavin adenine dinucleotide. Kilocalorie - Biology-Online Dictionary. Definition noun, plural: kilocalories A measure of heat energy that is equal to the amount of heat needed to raise the temperature of one kilogram of water by one degree Centigrade at one atmospheric pressure. Supplement It is used in measurements of the heat production of chemical reactions, including those involved in biology.

Reporter gene fusions. Ambros, V. (2004). The functions of animal microRNAs. Nature 431, 350–355. Abstract Article Chalfie, M., Y. Tu, et al. (1994). Dupuy, D., Li, Q.R., et al. (2004). Plasmids. It is often desirable to maintain two different plasmids in a single cell. What are two important considerations when choosing the plasmids to use? Bacterial transformation. Amazing bacteria Bacteria are incredibly versatile organisms that have the unique ability to take in foreign DNA and replicate (or copy) it. This gives them an evolutionary advantage and helps them survive changes in their environment. For example, bacteria can acquire DNA that makes them resistant to antibiotics. The bacterial genome is contained on a single, circular chromosome. This genetic material floats freely in the cell, unlike eukaryotic organisms where the genetic material is enclosed within a nuclear membrane.

Bacteria may sometimes contain smaller circles of DNA, called plasmids, which have a much smaller number of genes. Carolina Booklet. Bacteriology: Bacillus.