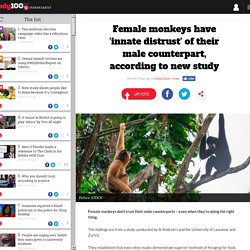 The findings are from a study conducted by St Andrew’s and the University of Lausanne and Zurich. They established that even when males demonstrate superior methods of foraging for food, female vervet monkeys are more likely to follow other females. The study was led by Axelle Bono and Professor Erica van de Waal. Cephalove: A View of the Octopus Brain. Cephalopods in neuroscience: regulations, research and the 3Rs. A Pair of WWII Bunkers in New Orleans Contains 7 Million Fish. Skeleton. These amazing creative animals show why humans are the most innovative species of all. Of all the many millions of species on the planet, only humans have sequenced genomes, invented smart phones and composed moonlight sonatas. 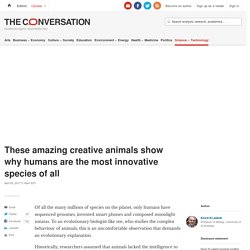 To an evolutionary biologist like me, who studies the complex behaviour of animals, this is an uncomfortable observation that demands an evolutionary explanation. Historically, researchers assumed that animals lacked the intelligence to devise novel solutions, and that this creative deficit accounted for the gulf between their behaviour and human technological achievements. But more recent research into animal behaviour suggests otherwise. Animals constantly devise novel innovations, and research into the nature and consequences of their creativity helps to explain how our own species evolved to be so very different. My laboratory has been investigating animal innovation for two decades.

Animal innovation is highly diverse. Ants, altruism and self sacrifice. It's the selfishness of genes that makes us unselfish. 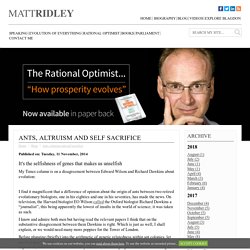 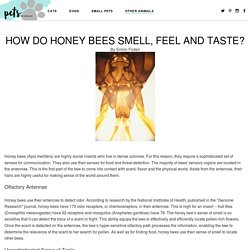 For this reason, they require a sophisticated set of senses for communication. They also use their senses for food and threat detection. Anesthetic Protocols - Sea Turtle Guardian. Anesthesia is defined as a general or local insensibility to pain; this loss of feeling permits performance of surgery and other painful procedures. 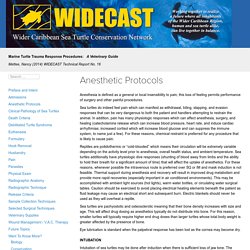 Sea turtles do indeed feel pain which can manifest as withdrawal, biting, slapping, and evasion responses that can be very dangerous to both the patient and handlers attempting to restrain the animal. In addition, pain has many physiologic responses which can affect anesthesia, surgery, and healing (catecholamine release which can increase blood pressure, heart rate, and induce cardiac arrhythmias; increased cortisol which will increase blood glucose and can suppress the immune system, to name just a few). For these reasons, chemical restraint is preferred for any procedure that is likely to cause pain. Reptiles are poikilothermic or “cold-blooded” which means their circulation will be extremely variable depending on the activity level prior to anesthesia, overall health status, and ambient temperature.

Scientists Made Snails Remember Something That Never Happened to Them. The fishy problem of underwater noise pollution. When the famous explorer Jacques Cousteau released The Silent World, a documentary of his underwater adventures in 1953, he inspired generations of scientists to study the world’s oceans. 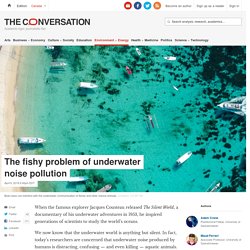 We now know that the underwater world is anything but silent. In fact, today’s researchers are concerned that underwater noise produced by humans is distracting, confusing — and even killing — aquatic animals. The underwater world is full of natural sounds that form a rich soundscape of rumbles, bubbles, grunts and clicks. Author provided Listen Ambient noise. The dinosaur that got away: how we diagnosed a 200-million-year-old infected predator bite. Marine Fungi are Totally Badass. The tardigrade genome has been sequenced, and it's even weirder than we thought - ScienceAlert. 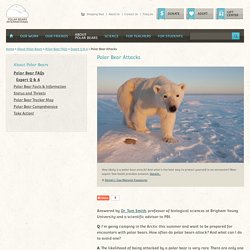 Tom Smith, professor of biological sciences at Brigham Young University and a scientific advisor to PBI. Q: I'm going camping in the Arctic this summer and want to be prepared for encounters with polar bears. How often do polar bears attack? Vostok: Lake Under Antarctic Ice. Deep, dark and mysterious, Lake Vostok is one of the largest subglacial lakes in the world. 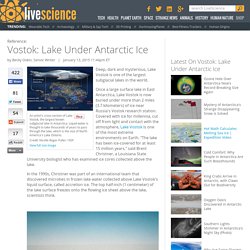 Once a large surface lake in East Antarctica, Lake Vostok is now buried under more than 2 miles (3.7 kilometers) of ice near Russia's Vostok research station. Covered with ice for millennia, cut off from light and contact with the atmosphere, Lake Vostok is one of the most extreme environments on Earth. "The lake has been ice-covered for at least 15 million years," said Brent Christner, a Louisiana State University biologist who has examined ice cores collected above the lake. In the 1990s, Christner was part of an international team that discovered microbes in frozen lake water collected above Lake Vostok's liquid surface, called accretion ice. The top half-inch (1 centimeter) of the lake surface freezes onto the flowing ice sheet above the lake, scientists think.

Subglacial Lake Vostok lies 4000 meters below Vostok Station, in East Antarctica. Below the surface. Birds-of-Paradise Project. Promising solution to plastic pollution. For many people, “plastic” is a one-word analog for environmental disaster. 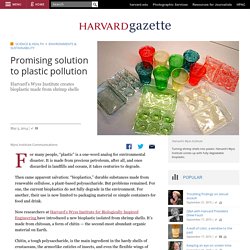 It is made from precious petroleum, after all, and once discarded in landfills and oceans, it takes centuries to degrade. Then came apparent salvation: “bioplastics,” durable substances made from renewable cellulose, a plant-based polysaccharide. But problems remained. For one, the current bioplastics do not fully degrade in the environment. Plastic-Eating Fungus May Solve World's Waste Problems. Sep 08, 2014 10:23 AM EDT An expedition to the Amazon by a group of Yale researchers has led to the discovery of a fungus that can break down plastic, possibly solving the world's rampant waste problem. 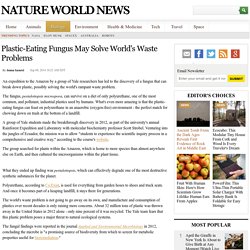 OMI: Underwater Noise Pollution Fact Sheets. Aquatic Science: Ocean Acidification. Scientists refer to ocean acidification as the "other carbon dioxide problem", the first being global warming. From tropic reefs to the polar ice-caps, carbon dioxide is acidifying the world's oceans. The large quantity of atmospheric CO2 being absorbed by the world's oceans is making them more acidic than they have been for tens of millions of years.

Carbon dioxide is changing the chemistry of the ocean. Since the Industrial Revolution, the ocean has absorbed roughly 1/4 of the carbon dioxide produced by burning fuels and ocean acidity has increased 30%. At first, scientists thought that this would be beneficial, slowing global warming. Thousands of ocean species build protective shells to survive. SnotBot Archives. Orchid Observers. Photograph wild orchids and extract data from three centuries of Museum specimens to help us examine what impact climate change is having on the UK’s orchids. Why we are doing the project Fifty-six native species of orchid grow wild in the UK, flowering from April to September. GMO and the Corporate Patenting of Living Organisms: Monsanto’s Patents on Life. Chimps. MarineBiology.co.uk. “Doomsday Seed Vault” in the Arctic. This article was first published in December 2007.

One thing Microsoft founder Bill Gates can’t be accused of is sloth. He was already programming at 14, founded Microsoft at age 20 while still a student at Harvard. Where knowledge grows. Campaign for Responsible Transplantation - Xenotransplantation News and Information. Biosphere2. The American Journal of Bioethics. Spiders On Drugs. Spiders On Drugs Scientists at the United States National Aeronautics and Space Administration (NASA) have turned their attention from the mysteries of the cosmos to a more esoteric area of research: what happens when you get a spider stoned. Their experiments have shown that common house spiders spin their webs in different ways according to the psychotropic drug they have been given.

Altweb: Alternatives to Animal Testing - Johns Hopkins Bloomberg School of Public Health. Frankenstein fears after head transplant. A controversial operation to transplant the whole head of a monkey onto a different body has proved a partial success. The scientist behind it wants to do the same thing to humans, but other members of the scientific community have condemned the experiments as "grotesque".