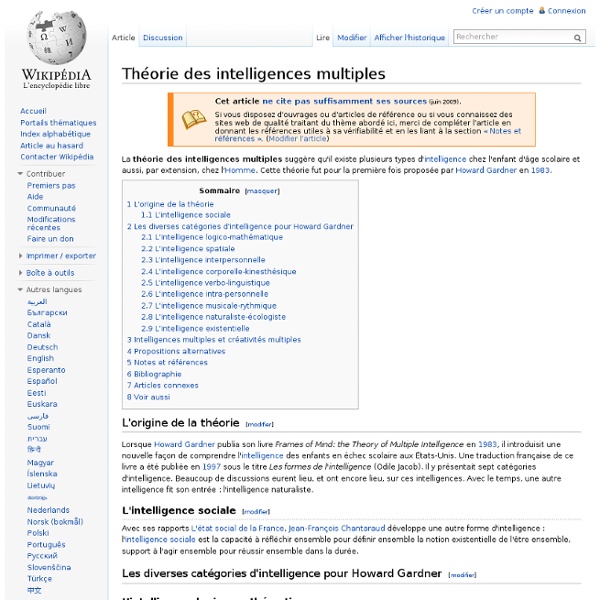 Minding the Planet: From Semantic Web to Global Mind Draft 1.1 for Review (integrates some fixes from readers) Nova Spivack (www.mindingtheplanet.net) This article presents some thoughts about the future of intelligence on Earth. In particular, I discuss the similarities between the Internet and the brain, and how I believe the emerging Semantic Web will make this similarity even greater. The Semantic Web enables the formal communication of a higher level of language -- metalanguage.

Paul Bloom (psychologist) Paul Bloom (born December 24, 1963) is a professor of psychology and cognitive science at Yale University. His research explores how children and adults understand the physical and social world, with special focus on language, morality, religion, fiction, and art. Bloom was born in to a Jewish family in Montreal, Quebec.[1] As an undergraduate he attended McGill University, where he earned a Bachelor of Arts in Psychology (with honors first class) in 1985. He attended graduate school at the Massachusetts Institute of Technology, where he earned a Ph.D in Cognitive Psychology in 1990, under the supervision of Susan Carey.

Area 51 officially acknowledged by CIA The CIA officially acknowledges Area 51, long a fixation for conspiracy theorists, in documentsThe area, 125 northwest of Las Vegas, was a testing ground for Cold War aerial surveillance Document release could be just the beginning of Area 51 information, expert says (CNN) -- Area 51 has long been a topic of fascination for conspiracy theorists and paranormal enthusiasts, but newly released CIA documents officially acknowledge the site and suggest that the area served a far less remarkable purpose than many had supposed. According to these reports, which include a map of the base's location in Nevada, Area 51 was merely a testing site for the government's U-2 and OXCART aerial surveillance programs.

Six Global Theories of Mythology: Part Six – Myths express the Unconscious Human Mind The Human Mind The Sixth Global Theory – Myths reflect Man’s Unconscious Mind After the intensity of the progression of mythological theories in their investigation into the psychology, values, phenomenology, history and rituals of any particular civilisation or society, the Psychoanalytical Theory of myths was inevitable. Freud’s ‘Interpretation of Dreams’ investigated the link between the language of dreams and mythological symbols based on the tribal belief that dreams and myths arise from the same reality. Freud (1856 – 1939) believed in a transhistorical and biological conception of mankind and furthermore that myth expressed repressed desires. Introduction to Psychology Syllabus Professor Paul Bloom, Brooks and Suzanne Ragen Professor of Psychology Description What do your dreams mean? Do men and women differ in the nature and intensity of their sexual desires?

The Global Brain, the Semantic Web, the Singularity and 360-2020 consciousness to create the Web of WE: socially-voiced co-creation - un knol de 刘Twain Video Introduction F irstly, thank you for your interest and I hope readers will contribute their own considered analysis and gut intuitions here intelligently, regardless of whether or not they agree with these postulations and the presentation of them. Secondly, I’m looking forward to our interactions and building upon this model together. Thirdly, I have the flu whilst I write this so my own brain may not be optimally functioning!

Introduction to Psychology Course, Yale Psychology Video Tutorials, Paul Bloom SEE: Guide to Download Yale Video Lecture Lecture Details : Professor Paul Bloom welcomes students and presents the course as a comprehensive introduction to the study of the human mind. Course readings and requirements are discussed. to be published in: R. Trappl (ed.) (1996): Cybernetics and Systems '96 (World Science, Singapore?)Francis Heylighen & Johan Bollen Center "Leo Apostel", Free University of Brussels, A Metathinking Manifesto The significant problems we face today cannot be solved at the same level of thinking we were at when we created them. – Einstein For several years now, I’ve been studying the intersection of technology, culture and communication, the impacts of social media, the relationship between creativity, innovation and design, and the potential of various futures. I’ve had this gnawing sensation at the edges of my mind that all these areas were held together by a common thread, but I couldn’t put my finger on the connection.

Thinkbase: Mapping the World's Brain If Freebase is an "open shared database of the world's knowledge," then Thinkbase (found via information aesthetics) is a mind map of the world's knowledge. The interesting and incredibly addictive Freebase visualization and search tool is the brainchild of master's degree student Christian Hirsch at the University of Auckland. Thinkbase is one of the cool proof of concept applications built on top of Freebase that we mentioned last week. As we've mentioned here on RWW, Freebase is best suited for complex inferencing queries -- the type that expose relationships between various entities to figure out an answer. Things like, "What's the name of the actor who was in both "The Lord of the Rings" and "From Hell?"

The Hivemind Singularity - Alan Jacobs In a near-future science fiction novel, human intelligence evolves into a hivemind that makes people the violent cells of a collective being. Slime mold network formation (Science). New Model Army, a 2010 novel by the English writer Adam Roberts, concerns itself with many things: the intimacy shared by soldiers at war, the motivating powers of memory and love, the rival merits of hierarchical and anarchic social structures, the legitimacy of the polity known as Great Britain, the question of European identity.