London - 10 Things You Need To Know 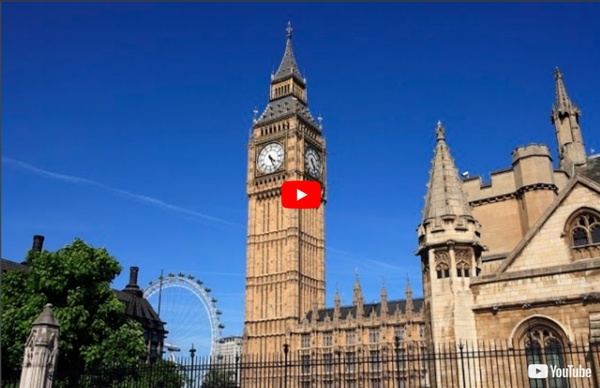 A Virtual Trip to London - A student activity A Weekend in London This page is aimed at students learning about England. Airport You arrive at one of the three main London airports. Which airport would you arrive at from your country? How will you travel to London? How much does it cost you? Find out here Hotel You now need to find a hotel. What is the address of your hotel? How much does it cost for 2 nights? Click here for hotel information Food You are hungry. You would like to eat a traditional take-way English meal. What do you eat? You wake up at the hotel and have a shower. You then go down to the restaurant to have a traditional English breakfast. Saturday 9 am You are going sightseeing in London. Where are you going to go? Name two places and write a little bit about what you will see. Museums | Buildings and Landmarks Saturday 1 pm (afternoon) Lunchtime. You are tired and need to sit down. You find a lovely park to eat a packed lunch. Which park will you choose to have your packed lunch in? Saturday 2 pm You go shopping. Where will you go?

London Eye 8 of Edinburgh’s most bizarre traditions explained Edinburgh is home to more than its fair share of unusual customs, both historical and modern. Sometimes, the truth behind these traditions is even stranger than fiction. The Heart of Midlothian is a heart-shaped mosaic on the pavement of the Royal Mile, which many people spit on in passing, supposedly to bring them good luck. The tradition of setting off a gun from Edinburgh Castle at 1pm every day dates back to 1861. The pagan tradition of washing your face in the May Day dew was given an Edinburgh twist in the 1940s, when around 40 people climbed Arthur’s Seat for a Christian service at the top. Having your chips with salt and sauce , or ‘chippy sauce’, is a custom unique to Edinburgh. David Hume, one of the world’s most celebrated philosophers, was commemorated with a statue on the Royal Mile, unveiled in 1997. BEING TAPPED ON THE HEAD BY JOHN kNOX’S BREECHES The penguin parade at Edinburgh Zoo, which is now one of the venue’s most-loved traditions, started by accident.

Tour of London Tour guide: Good afternoon, ladies and gentlemen and welcome to this fantastic tour of London by bus. My name’s Greg and I’m your guide this afternoon on our tour of London. As you can see, we’re on an open-top bus, so you can see all the attractions from your seat and you don’t need to walk anywhere. And please don’t worry about the rain, I’m sure it’ll stop soon.

Is the UK the same as Britain, Great Britain and England? The UK is situated north-west of the European continent between the Atlantic Ocean and the North Sea. It has a total land area of 244,100 square kilometres, of which nearly 99% is land and the remainder inland water. From north to south it is about 1,000 kilometres long. The UK part of Europe and is a member of the European Union (EU). Click here to find out about the Geography of the UK The official name of the UK is the "United Kingdom of Great Britain and Northern Ireland". The name refers to the union of what were once four separate nations: England, Scotland, Wales and Ireland (though most of Ireland is now independent). England - The capital is London. The capital of the UK is London. Interactive Map of the UK Before 1922 the UK included Ireland in the definition, but when the Irish Free State ceased to be part of the Union the title changed to include 'Northern Ireland'. The United Kingdom (UK) was formed in on January 1, 1801 and constitutes the greater part of the British Isles.