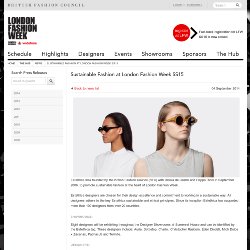 Estethica designers are chosen for their design excellence and commitment to working in a sustainable way. All designers adhere to the key Estethica sustainable and ethical principles. Since its inception Estethica has supported more than 100 designers from over 20 countries. Avonmore Hotel. Elizabeth Hotel. Apex Temple Court Hotels. Amba Hotel. Thistle City Barbican Hotel. As you would expect of one of the few London City hotels, the Thistle City Barbican hotel is a popular choice for business people wheeling, dealing and networking in the Square Mile. 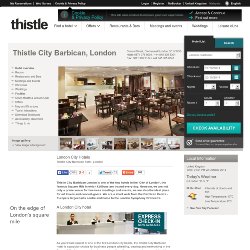 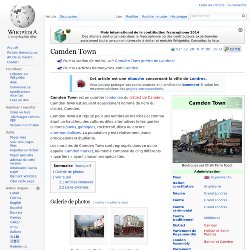 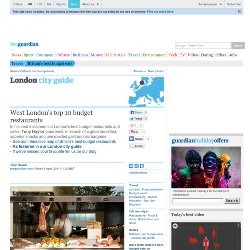 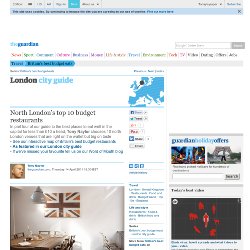 Three in particular are regularly namechecked by local authorities on such matters: Yayla (429 Green Lanes), Hala (29 Green Lanes) and this gem. Antepliler is actually three premises: a cafe, the restaurant and a patisserie, whose various pistachio and walnut baklavas, made with good quality floral honeys, are not to be missed. The restaurant – plain and sturdy, a solid traditional Ottoman space – majors on charcoal-grilled kebabs and dishes cooked in the huge wood-fired oven that squats by the entrance. 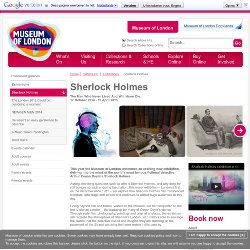 Asking searching questions such as who is Sherlock Holmes, and why does he still conjure up such enduring fascination, this major exhibition – London’s first on the detective since 1951 – will explore how Sherlock Holmes has transcended literature onto stage and screen and continues to attract huge audiences to this day. Going beyond film and fiction, visitors to the museum will be transported to the real Victorian London – the backdrop for many of Conan Doyle’s stories. Fashion Week - News. Fashion Week - News. Tate Britain. Pimlico: Victoria Line, 600 metres approx Vauxhall: Victoria Line, 850 metres approx Westminster: Jubilee, District and Circle Lines, 1,200 metres approx Route 87 stops on Millbank Routes 88 and C10 stop on John Islip Street Routes 2, 36, 185, 436 stop on Vauxhall Bridge Road.) 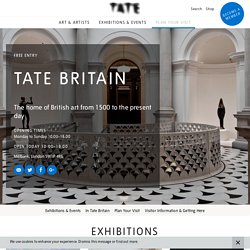 What to do this weekend. Thank goodness for the four-day week, but still we cannot wait for the weekend and all the fun things we plan on getting up to! 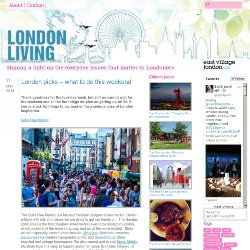 So if you’re stuck for things to do, read on for a serious dose of London inspiration. Soho Flea Market The Soho Flea Market is a fun and frivolous designer street market, chock-a-block with bits and pieces we are dying to get our hands on. This Sunday (2nd June) is the first designer street market ever to be hosted in London, which makes it all the more intriguing, and us all the more excited. Stalls we are especially excited about include; Jimbobart illustrated ceramics; LucyLovesThis creative typographic prints; and Something or Other recycled and vintage homewares. Kitchen Disco This bleak, bleak weekday weather has left us feeling cold and in great need of comfort food and a bit of fun. The British Library. London Fashion Week. 10 September 2014 London Fashion Week, 12-16 September is set to showcase some of the world’s leading fashion talent. 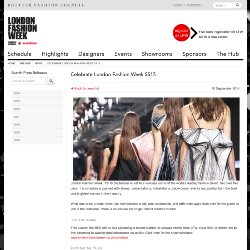 Set over five days, the schedule is packed with shows, presentations, installations, showrooms, events and parties from the best and brightest names in the industry. What was once a trade event has now become a city-wide celebration, and with more ways than ever for the public to join in the festivities, there is no excuse not to get behind creative Britain. Live Streaming: National Portrait Gallery. Stunners in the sky. As London faces a barrage of bulky towers, with 230 tall buildings planned to shoot up across the city over the coming months, here are 10 of the capital's best examples of aiming high. 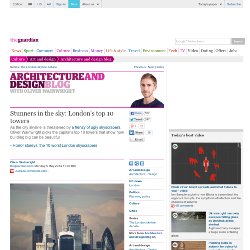 They prove that big doesn't necessarily mean bad, and that not every tower has to be an icon, topped with a jaunty profile or dressed in a jazzy outfit to succeed. After calling out 10 of the worst offenders last week, here's our run-down of the top 10 model performers, in the hope that some lessons might be learned from their success. 10. Natwest Tower Location: City of London | Floors: 47 | Height: 183m | Architect: Richard Seifert | Status: Completed 1980 | Use: Office Dressed in sleek silvery pin-stripes, the Natwest Tower (now Tower 42) stands with an air of suave simplicity compared to some of the more recent arrivals to the City. 9. Location: St James's | Floors: 16 | Height: 53m | Architect: Alison & Peter Smithson | Status: Completed, 1964.

Graffiti Tour. Used the Time Out app on my phone to look for interesting things to do. Found this tour almost by accident. Managed to pay for a voucher, then when downtown on Saturday confirmed the booking for that afternoon also by phone. Battersea Pop-Up Park. Enjoy the iconic views of Battersea and its ever changing surroundings as the Battersea Pop-Up Park gets into full swing at the world famous power station. Marking the last time that the public can enter the architectural marvel before building work begins, this final summer event promises to be the best so far. Spread over a massive seven weeks, the outdoor spectacular focuses on cinema and food.

Brimming with street food stalls and high end, state-of-the-art-screens, visitors are guided towards the fun from the Chelsea Bridge Road by an innovative screen. Once inside, the crowds can settle down alongside the river or under the power station itself to enjoy fine food and film favourites, including the likes of The Wolf of Wall Street, Wayne's World, Lock Stock and Two Smoking Barrels and Pulp Fiction. Victoria and Albert Museum.

B. St Patrick in London. Thursday 17th March is St Patrick’s Day – the annual celebration of the patron saint of Ireland and a great excuse for the rest of the world to down pints of Guinness and bowls of Irish stew. London’s official St Patrick’s Day Parade and Festival will take place this Sunday (March 13th), with colourful floats and marching bands proceeding from Green Park to Trafalgar Square from 12 noon. London in 1927 & 2013. The great bear. London in 1868. Best burgers in London. London pubs with rooms.