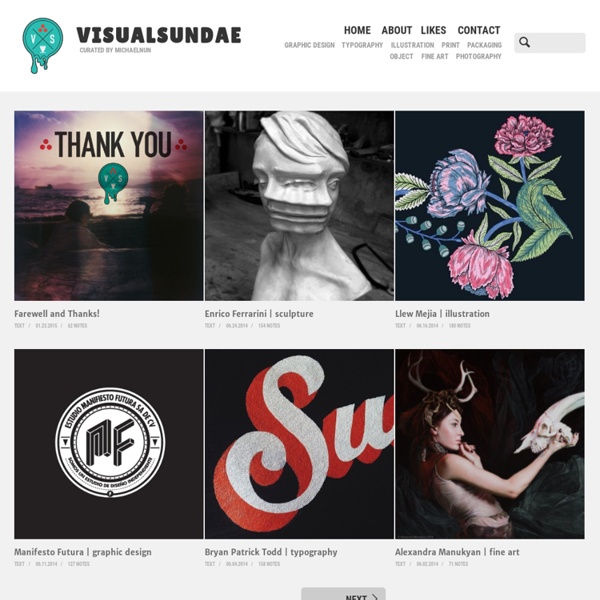 Title: Mamout Dimensions: 60x80cm Technique: Posca, Steadtler “S†ella is a young Parisian artist, born in 1989 in Yvelines. She studied graphic design at Troyes before embarking on a freelance career and is now working on many projects with 83a studio, specializing in video-projected imager…The works of S†ella feed the huge zoological diversity and question the living through the prism of anthropomorphism. Animals are guinea pigs for her which she methodically dissects materials, and body movements…her works are related to medical illustration, anatomical portraits, made with care, humor and precision.” (roughly translated from french) Têtes de bêtes (heads beasts)

My World, My Way – New Ads Campaign from Allen Solly Discover the Most Creative & Sophisticated Advertising Campaigns around the World Creative Ad Awards About / Directory / Articles / Category / Hot / Contact My World, My Way – New Ads Campaign from Allen Solly Stained glass posters of famous 80s movies 80s Movie Posters is a series of, well, 80s movie posters designed in the style of stained glass windows. Van Orton Design included iconic movies like Robocop, The Terminator, Blade Runner, and Back to the Future. The posters used bold lines as base for the illustration, then topped it with colorful and vibrant colors to give it that signature stained glass look. So now we have the glass windows, who can volunteer to make the rest of the 80s-inspired cathedral? Anyone? Via Design Taxi

Around the Alphabet in 26 Musical Genres What's the point of being insanely musically gifted if you don't have a little fun with your talents? Music producers Andrew Huang and Dave Brown collaborated to create a song encompassing 26 genres in alphabetical order. The song spans from ambient to zouk, stopping along the way to feature grunge, K-pop, and reggae. Despite the rapid changes in instruments and lyrics, a chord progression links each genre's 10-second clip together. Animation, Concept Art, CG, Computer Graphics, Video Games, VFX, Visual Development, Comics, Illustration, Toys, Entertainment, Galleries, Images, Wallpapers – CGHUB.com Galleries CG-Hub A community for CG professionals Log in or Sign Up! Incredible Pencil Drawings These wax pencil drawings are part of Christina Empedocles’s latest art show entitled, “A Unified Theory of Everything.” Her work will be exhibited from April 5th to 28th at the David B. Smith Gallery in Denver, Colorado.

Achieving a Vintage Look Through Color Tones in Photoshop CS by Guest Contributor Anna Gay Photographers are often striving for a “vintage” look in their photos, and even though there are endless ways of achieving a vintage look, there are a couple of characteristics to keep in mind. First of all, the color tones in a vintage photo often lean towards either a blue or a red hue, or a cross-processed look. Vintage photos also have an element of noise or grain that can be achieved through textures, and also a certain amount of vignetting around the edges of the photo. In this tutorial, we will look at adjusting color tones and adding vignettes. This photo is the result of adjusting the color curves, adding two vignettes, and a color fill, which we will walk through step-by-step.

Our Problems and Flaws Turned Into Cartoons by Angel Boligan Art can be used to express powerful ideas and messages, and Cuban cartoonist Angel Boligan’s political and social cartoons are a perfect example of just how expressive and critical art can be. His extensive collection of comics provide a scathing commentary on contemporary politics and society. Each comic bears a deep and powerful meaning. Don’t just take our word for it – Boligan has received more than 130 international awards for his work.

Angel BOLIGAN CORBO | CARTOON GALLERY Angel Boligan Corbo was born on 10th May 1965 in San Antonio de los Baňos, Havana, Cuba. Since 1992 he lives in Mexico. He studied at the National School of Plastic Arts Instructors in Havana, from which he graduated in 1987 as a Teacher of Plastic Arts. He worked as editor, illustrator and cartoonist for magazine „El Universal“ and newspaper „Conozca más“. Currently he is working as editorial cartoonist for the Humour magazine „El Chamuco“. He does cultivate all branches of graphic humour.