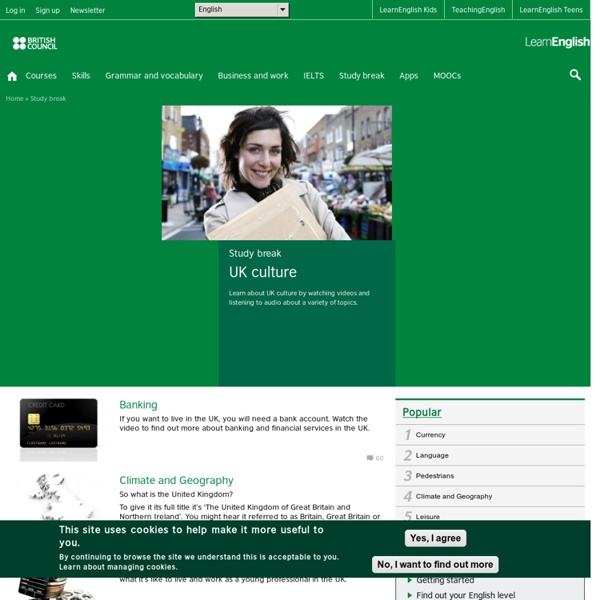 10 Best Free Listening Websites with Quizzes to Practise for Listening Exams So what do you do to practise listening for exams? Growing up, I never had the opportunity to do any extra practice to improve my listening skills. We didn’t have the Internet and the thousand possibilities it offers to learners of any language nowadays. The teachers had an old tape player that sometimes stopped and started on its own and old tapes that ended up sounding distorted and most of the times unlistenable so if you wanted to get better at listening, you just listened to the radio and struggled to understand the lyrics and sing along. Not that I ever complained.

Ten things I wish someone had told me before I moved to Sweden - The Local I am a London-boy born and raised, now currently living and nesting in Stockholm in the hope of a new life, new career, new adventure and new experiences. I made the decision to relocate to Sweden after experiencing Midsummer and was happy about that as I feel Stockholm suits my personality. However, it is no surprise that there were a couple of cultural differences... 1. Winters are really cold I previously thought London was cold. 45 ways to avoid using the word 'very' A posthaven user upvoted this post. — habebaakiar 3 years ago — barcahaters 3 years ago — Jan Arzooman 3 years ago — Y.Babadogan 3 years ago Daily English Listening - Appearance Vocabulary - High Level Listening Disheveled "Disheveled" by Mark and Kat. 1.

Sami in Sweden Business and politics A sameby – ‘Sami village’ – is not a traditional village but a complex economical and administrative union created with the intention of keeping reindeer. It is regulated by a Swedish law called the Reindeer Husbandry Act. Members of a sameby are entitled to engage in reindeer husbandry in this particular area, including building and setting up whatever facilities they need for their reindeer, in addition to fishing and hunting rights. Towards the end of the 19th century, many Sami permanently kept both farms and reindeer (mixed husbandry). The previous nomadic lifestyles of some, however, led the authorities to make some contentious decisions, the repercussions of which extended well into the 20th century.

The History of English - Old English (c. 500 - c.1100) About 400 Anglo-Saxon texts survive from this era, including many beautiful poems, telling tales of wild battles and heroic journeys. The oldest surviving text of Old English literature is “Cædmon's Hymn”, which was composed between 658 and 680, and the longest was the ongoing “Anglo-Saxon Chronicle”. But by far the best known is the long epic poem “Beowulf”. “Beowulf” may have been written any time between the 8th and the early 11th Century by an unknown author or authors, or, most likely, it was written in the 8th Century and then revised in the 10th or 11th Century. Free IELTS Listening practice test to help pass the exam The IELTS Listening test will take about 30 minutes, and you will have an extra 10 minutes to transfer your answers to the answer sheet. The four parts of this practice Listening test are presented over four separate web pages. Make sure you move swiftly from one page to the next so that your practice is as realistic as possible. Download the question paper and blank answer sheet before you start, and write your answers on the question paper while you are listening.

Swedish traditions – old and new International influences Immigration has brought with it new customs and traditions that in time will become woven into the fabric of what we call Swedish society. By the same token, the ‘new Swedes’ take up old Swedish traditions, and it is often the children who introduce them into the family. Daycare centres and schools exert a considerable influence in the social sphere. The result – at best – is cultural cross-fertilisation.

The History of English in 10 Minutes, Annotated By Xah Lee. Date: , This page is a annotated version of: The History of English in Ten Minutes By The Open University. Are You A Good Listener? Being a good listener is an essential skill that all people could probably work on. Need some more ideas about how to improve your own listening skills? Start with: 9 Things Good Listeners Do Differently. Learn how to be an active listener here! Interested in building resilience? How to Become President of the U.S. Poster Download or order a poster. (Please get your parent's permission) Lesson PlanVideos: The Requirements, Primaries and Caucuses, Conventions to Election, How Votes Are Counted, How to Become President U.S. Constitution's Requirements for a Presidential Candidate At least 35 years oldA natural born citizen of the United StatesA resident of the United States for 14 years